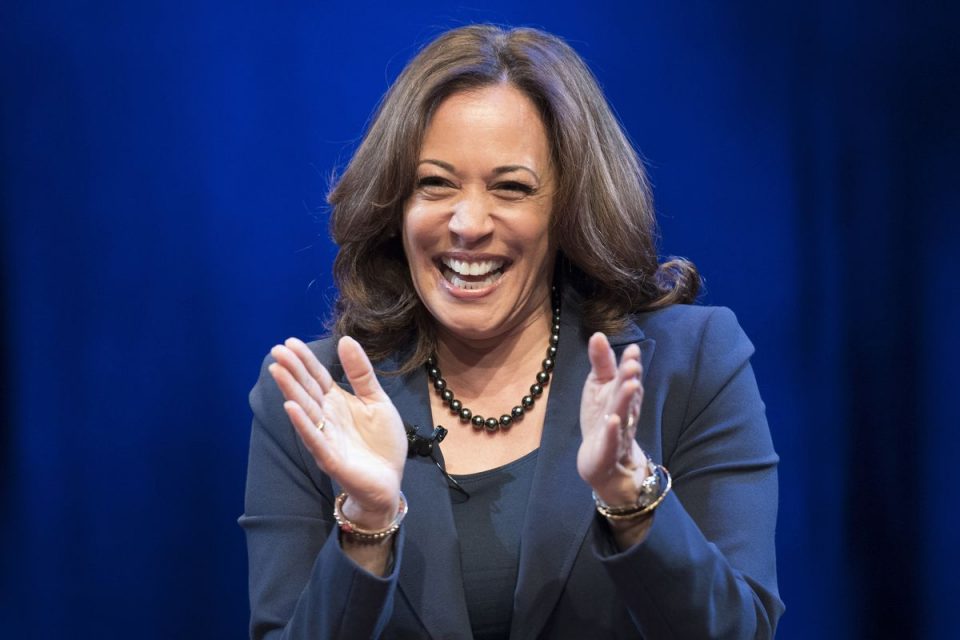 Harris is now one of the top three leading candidates for the 2020 Democrat presidential nomination.

But she didn’t count on all her dirty laundry being aired.

And Kamala Harris has a shocking family secret that will sink her campaign.

Kamala Harris (D-CA) is currently viewed as one of the three frontrunners in the very crowded field of Democrats vying for the 2020 nomination to take on Donald Trump.

In fact, after Joe Biden’s poor debate performance and Harris’ fiery one, she has risen to second in the polls, just behind Biden.

But, no sooner had she reached frontrunner status than the bad news started to hit.

First there was her long-time sordid affair with California political kingpin Willie Brown.

In fact, Brown himself stated that Harris was his mistress and he helped her move up the ladder in politics.

While he didn’t come right out and say it, he described very clearly the definition of “sleeping her way to the top”.

And just last week Brown was at it again, this time claiming his one-time mistress had no chance to beat Donald Trump.

Now, even more damaging news is starting to surface about Harris’ family that is shedding light on her hypocrisy and her own racist past.

One of Harris’ biggest issues has been pushing for reparations to the descendants of slaves, using taxpayer money of course.

Never mentioned by her or the other Democrats is the cost of reparations would be a staggering $14 trillion, further bankrupting our nation.

Or the manner and method used to determine who gets reparations.

Do Irish and Chinese descendants get reparations if their ancestors were slaves or indentured servants?

Do all Caucasians have to pay reparations, even if their family never owned slaves?

Do Blacks whose ancestors were slave owners pay reparations?

That last question is an important one for Harris.

Because there is a deep, dark family secret that Harris desperately tried to keep hidden.

But her father, David J. Harris, in an op-ed he wrote in Jamaica Global Online said this about the family’s roots:

“My roots go back, within my lifetime, to my paternal grandmother Miss Chrishy (née Christiana Brown, descendant of Hamilton Brown who is on record as plantation and slave owner and founder of Brown’s Town) and to my maternal grandmother Miss Iris (née Iris Finegan, farmer and educator, from Aenon Town and Inverness, ancestry unknown to me).”

That’s right, Kamala Harris is a direct descendant of a plantation and slave owner, Hamilton Brown.

Brown was born in Ireland and became a sugar plantation owner and founder of Brown’s Town in Jamaica. He was also, as it turns out, a rather brutal slave owner, with well-documented cases of abuse.

In fact, the accounts of abuse of Brown’s slaves is so well-documented that Kamala Harris, if she wanted, could find and start making reparations to the descendants of the slaves her family abused, tortured and murdered.

Much of this documentation can be found in a pamphlet written by Henry Whiteley titled “Three months in Jamaica in 1832, Comprising a Residence on a Sugar Plantation”.

In this detailed account Whiteley describes vividly Brown’s view on slavery, “…nor would the planters of Jamaica, he said, permit the interference of the Home Government with their slaves in any shape. A great deal was said by him and others present about the happiness and comfort enjoyed by the slaves, and the many advantages possessed by them of which the poor in England were destitute.”

He also describes in detail the brutality and abuse of Brown’s slaves.

Whiteley’s accounts go on in more sickening detail, including the torture and abuse of women and young boys.

And Brown was so adamant about slavery that he didn’t stop, even after Jamaican slaves were freed.

Given Kamala Harris’ views on reparations, will she be heading to Jamaica soon to give her personal reparation checks to the descendants of those slaves her family brutalized?

Or, will she insist you pay for reparations of her family’s slaves?

We will let you know should Kamala Harris take any action on this.