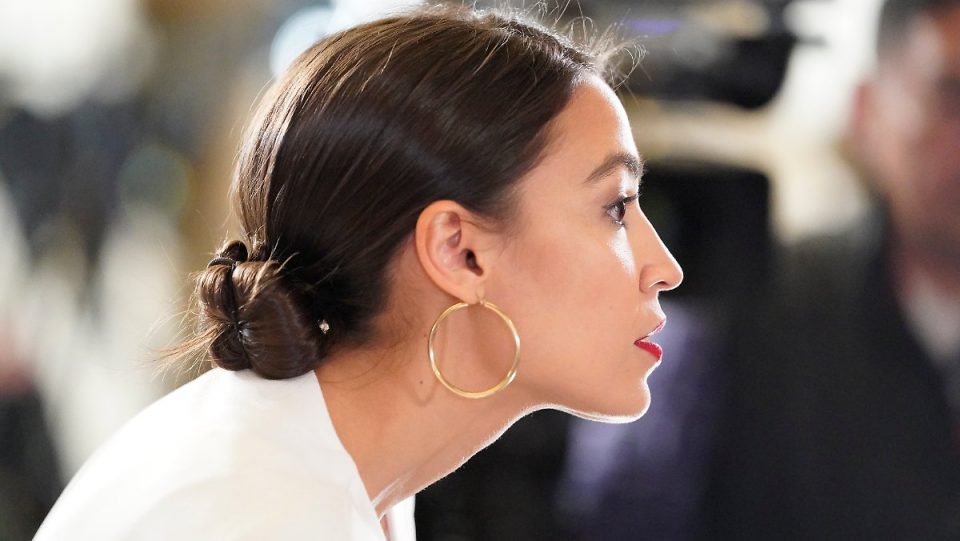 The former bartender and socialist darling of the internet has yet again come out with some wild, head-scratching comments.

But this time she’s gone too far by picking on the wrong politician.

And Alexandria Ocasio-Cortez just said the words that could finally mean the end for her.

Alexandria Ocasio-Cortez has had an interesting and high-profile career ever since her upset victory against an entrenched Democrat incumbent in a primary no one thought she could win.

And the list of her public gaffes, outrageous comments, bizarre behavior, and outright lies could take hours to compile.

But AOC, as she’s known to her adoring socialist fans, may have finally gone too far when she decided to take on her own party’s leadership – and at a time when they are privately considering a primary challenge to her.

House Speaker Nancy Pelosi (D-Calif.) is not known for her caring, nurturing ways.

To make matters worse, the issue AOC has decided to fight over is one that makes her look every bit as petty, brainless, and lazy as many people already claim she is.

The young New York Democrat recently whined that her “hands are full” and wondered if House leadership is “trying to keep me busy.”

That’s right, AOC – who once complained that members of Congress aren’t paid enough – is now complaining that the Democrat leaders, namely Speaker Pelosi, are trying to shut her up by actually making her do work.

That attitude should play well with her constituents.

“Hey guys! First, thanks for electing me, but you aren’t paying me enough. Second, don’t make me work, that’s not why I’m in Congress.”

Last week in an interview with New Yorker Radio, AOC described a recent exchange she had with Speaker Pelosi, during which the freshman Congresswoman declined an offer to sit on the Climate Change Committee.

That’s right, the author of the “Green New Deal” refused a seat on the Climate Change Committee.

AOC is the gift that keeps on giving. You just can’t make this stuff up.

Following that incident, AOC apparently was put to work.

As she explained to New Yorker Radio:

“I was assigned to two of … the busiest committees and four subcommittees,” she said after snubbing the climate change offer, clearly offered in a sign of goodwill since that’s her “issue.”

“So my hands are full. And sometimes I wonder if they’re trying to keep me busy.”

To her credit, Pelosi actually mocked Ocasio-Cortez and her radical band of misfits – Rashida Tlaib (D-Mich.), Ilhan Omar (D-Minn.), and Ayanna Pressley (D-Mass.) – this past weekend.

“They didn’t have any following,” Pelosi said after they had voted against a bipartisan border funding bill.

“They’re four people and that’s how many votes they got.”

“All these people have their public whatever and their Twitter world. But they didn’t have any following,” the Speaker continued.

Pelosi was later asked if she regrets making fun of the Congressional freshmen, to which she pointedly said, “No. I have no regrets about anything.”

AOC has also complained that Pelosi doesn’t treat her as an equal and they do not have meaningful relationship.

This spat is good news for freedom-loving Americans who see that even the other side has troubles.

Now, if conservatives would just learn to kick the Democrats while they’re down and use these opportunities to further divide their base.

Hillary Clinton Just Got This Bad News And She’s Furious