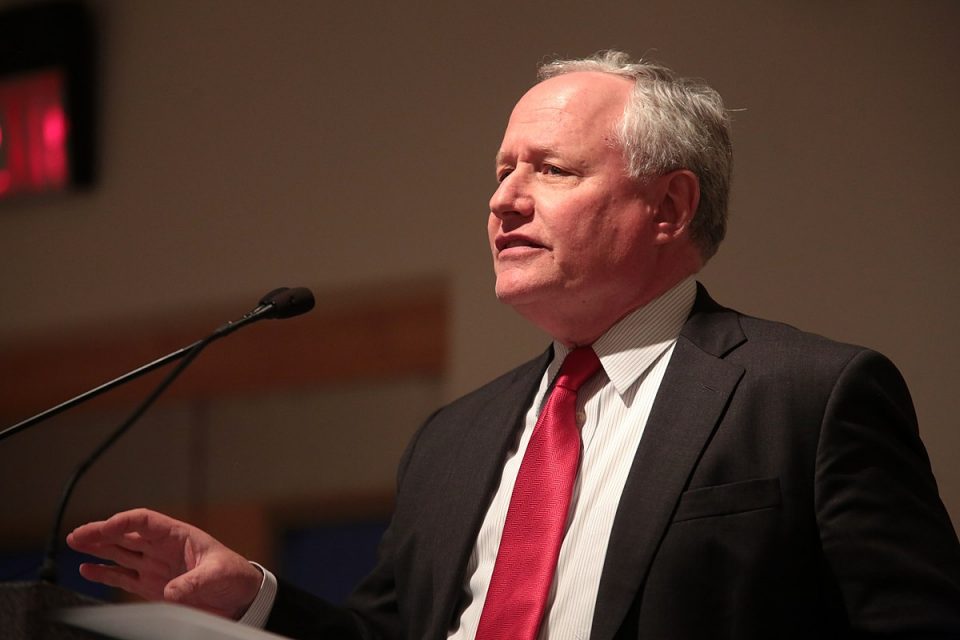 These pretend “Republicans” are ready to join up with Antifa and the radical socialist Democrats.

Their hatred of President Trump knows no bounds and now they’re looking to the left.

Because the fact is, Bill Kristol and his Never-Trumpers are falling flat and falling apart.

Back in 2015 when Trump hit the political arena like a Category 8 earthquake with promises to “drain the swamp,” the swamp has been fighting back.

As we now know, Obama administration officials, Clinton campaign operatives, Deep State criminals in the FBI and DOJ, and even foreign governments teamed up in 2016 to try and stop Trump.

Then came the so-called “Republican” Never-Trumpers which were led by liberal Bill Kristol, the sometimes libertarian/sometimes socialist William Weld, and a handful of RINO Senators and House members like John McCain and Mitt Romney.

These largely “intellectual” ivory tower types did everything in their power to defeat Trump, including proudly voting for Hillary Clinton and the left-wing Democrats who support every policy these RINOs once campaigned to be against.

But they still won’t go away.

Following Trump’s 2016 victory, the Never-Trumpers tried – and failed – to help the Democrats run Trump out of the Oval Office by promoting the disgusting and taxpayer-wasting investigation into imaginary Russian collusion.

They also very publicly supported any and all calls for Trump’s impeachment.

These political misfits and frauds have not produced any kind of detailed alternative to Trump, only vague rants about “principles”—principles they’re happy to change and even abandon if it means more money in their pockets and the defeat of President Trump.

True, some of the Never-Trumpers have realized just how stupid their behavior was and understand that voting for a Joe Biden, Kamala Harris, or Bernie Sanders – along with a Democrat-controlled Congress – is like shooting yourself in the head with a shotgun to remove a gray hair.

However, the remainder of these political charlatans and elitists are once again looking for allies leading up to 2020.

And they’re going back to their roots, back to where they’ve always belonged – even long before Donald Trump came to the scene.

They are going back home to the left.

This collection of failed magazine editors, war propagandists, washed-up columnists, and losing campaign consultants have attacked Trump and his supporters for three years.

But their “principled” stand against Trump had nothing to do with principle and more to do with grift.

These phonies think that acting as useful idiots for the Washington Post, CNN, MSNBC, and the Democrat Party has breathed new life into their once stale careers and burned reputations.

Of course, they are too caught up in their own self-importance to realize they haven’t been relevant to the conservative movement for years – if ever.

And despite making repeated threats and attempts to recruit potential candidates, they’ve failed to produce a legitimate primary challenger to Trump.

Bill Kristol, the de facto head of Never-Trump Inc., now looks like a fool for claiming he was building a massive “war machine” to take on Trump in 2020.

This will be yet another failed war Kristol wages from the sidelines and loses.

All the while, Never-Trump “Republicans” are finally starting to show their true nature.

Kristol admitted in 2017 that the Trump era was bringing out his “inner socialist, feminist, and liberal.”

Then there’s Tom Nichols, a little known author and Never-Trump “leader,” who admits to voting for Hillary Clinton, has renounced his GOP membership twice, and is now giving unsolicited advice to the Democrats to help them beat Trump.

Another one-time conservative, Mona Charen, also proudly admits she voted for the Democrats in the 2018 midterms—ultimately putting the likes of Nancy Pelosi in power and empowering the radical socialism of AOC and others.

Charen, unfazed by her lack of principle, said her vote is for sale again in 2020.

As these useful idiots continue to form a coalition with the left, they’re actually being mocked, derided, and rejected by their supposed allies.

Just as Hitler turned on Stalin, the left is turning on the Never-Trumpers, leaving them to pontificate among themselves in their ivory towers.