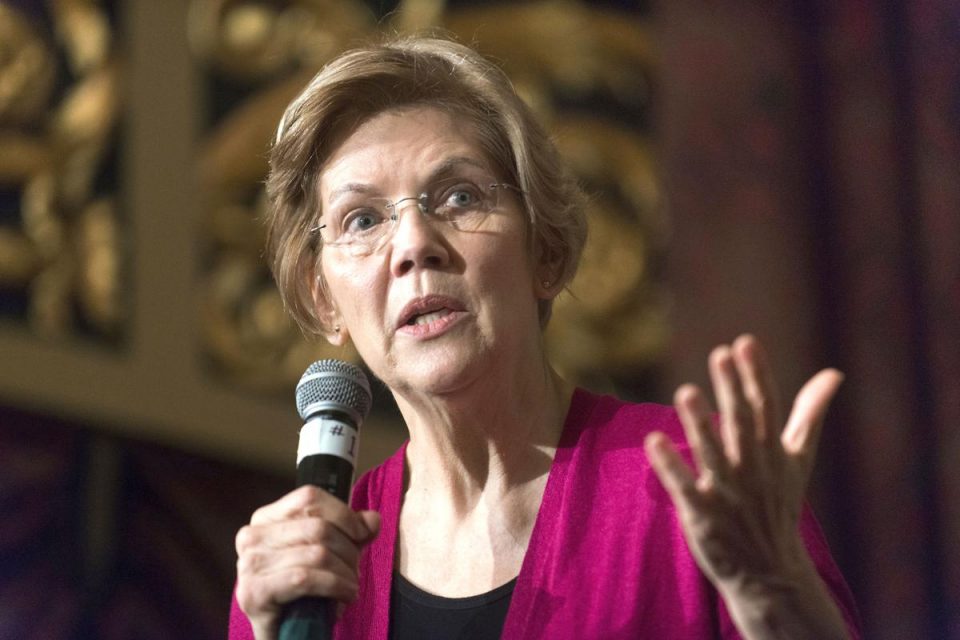 She’s even one-upped Kamala Harris in the “who can go the most all-out crazy socialist” contest for the Democrat nomination.

And now that Elizabeth Warren fears her campaign is near the end, she’s cranking up the crazy.

There is a popular comedian known for his famous line, “You can’t fix stupid!”

It always gets a good laugh.

But when looking at the current crop of some two dozen Democrats running for President, you realize you can’t fix crazy either.

From the time they all entered the race, most of the candidates have spent their days figuring out how to move further to the left than the next candidate.

And when one candidate passes them by, they crank up the crazy and go even further.

It’s gotten so bad that some candidates are dropping out because even they realize there’s only so far they can go.

The only one not playing the game of “go left young man” is Joe Biden, who instead is making the same “promises” as his former boss Barak Obama.

Clearly Biden is counting on cooler heads to prevail in the Democrat Party and nominate the old white Senator who reflects fondly on the days of Jim Crow and segregation – just like the Democrats did, you know, a few years ago.

But here’s the way the game is played between the rest of them:

But then Kamala Harris sees it’s already extinct, so she proposes spending $2 billion to bring it back to life.

Then Elizabeth Warren – who’s Indian tribe used to hunt the now extinct animal – quadruples the budget and demands the borders be left open for the Canadian Ibex to migrate into America.

Bernie Sanders, never one to be outbid, demands $20 billion to be spent on “cool stuff for kids” and another $20 billion spent studying why the Pyrenean Ibex died, then another $40 billion to imprison every business owner in South Carolina just because.

CNN’s Jim Acosta then points out how the extinct animal actually was from Europe and not the United States, thus proving that U.S. imperialism killed the Ibex and that it all leads back to Donald Trump.

But here’s what has happened.

Recently, Kamala Harris made a big deal about being in favor of reparations to the descendants of slaves even though her family was one of the most brutal slave owning families in the Caribbean.

Elizabeth Warren, not to be outdone, announced that she supports reparations for blacks and for gays.

She also says she supports the Refund Equality Act which would give same-sex couples the right to amend their back-taxes and demand refunds from the IRS.

When asked what the cost would be, Warren says she isn’t certain but the bare minimum would be $50 million.

That’s $50 million of taxpayer money by the way.

Over the next few weeks, Deep State Journal will continue reporting on the more outrageous policies promoted by the Democrat candidates and the taxpayer costs associated with them.