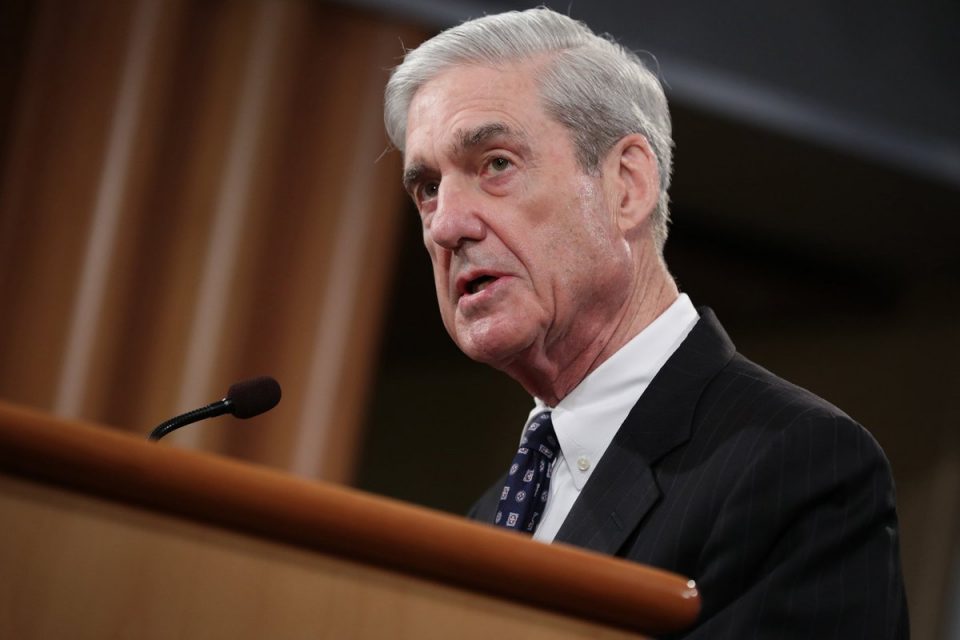 A few months ago, the powers that be thought their plan was going to succeed.

They believed Robert Mueller was going to take down political enemy #1, the people’s champion, Donald Trump.

And yet, what’s going to happen is that Robert Mueller’s Deep State connections will be exposed after this happens in DC on Wednesday.

When Robert Mueller appears on Capitol Hill and is forced to admit to the House of Representatives and the Senate Intelligence Committee that the “Mueller Report,” his magnum opus, isn’t strong enough to subjugate Trump, it’ll become readily apparent he wasn’t ever convinced Trump was guilty of collusion in the first place.

People will realize Mueller was nothing more than a stooge carrying out the task of his masters.

The question is, will Mueller unmask those who are behind the scenes?

It took a subpoena to get him to consent and offer further comments on his report. After all, Mueller had done the job he was asked to do, realized he was defeated, and crawled back into the woodwork convinced his job was done.

But his handlers weren’t through with him.

They know they’ve got hundreds of supporters in the Democrat-controlled House of Representatives. And so they used their sway to get those representatives to use the justice system to wrestle Mueller out of the hole he crawled into to try and accomplish their plans.

And while Mueller has complied, it could be that he turns and lashes out against them.

But if he doesn’t (which is quite likely), the inquiry into Mueller’s ineffectual Russia investigation will give the American public a crystal clear picture of how the original investigation was a farce.

Even eagle-eyed liberals know this.

As Michael Isikoff, a writer for Yahoo News confesses, “Mueller is going to disappoint.”

He writes, “But those who know him best say Mueller is unlikely to deliver — or say much if anything —that will advance the cause of those advocating Trump’s impeachment.”

“When he was required to testify before Congress, Mueller would generally speak in clipped, stilted and legalistic terms, almost never straying from his written talking points. ‘A lot of people are going to be disappointed, said one former FBI veteran when asked what to expect when Mueller, at long last, appears under the klieg lights.”

Sure, the liberals will be disappointed. But those who are willing to recognize the truth could finally realize Mueller was put up to the task of framing Trump.

Which is why the precious Mueller report never amounted to much.

Furthermore, while no individual in the Deep State will be singled out during the testimony, the tendrils of the Deep State who have warred against Trump since before he won the election will cast a shadow on Mueller as he sits before Congress.

The cameras might not capture it, but a majority of Americans will see it.

It’ll be written on the faces of all of Trump’s enemies and on that day, they’ll lose some of that power they’ve been so desperate to hang onto.