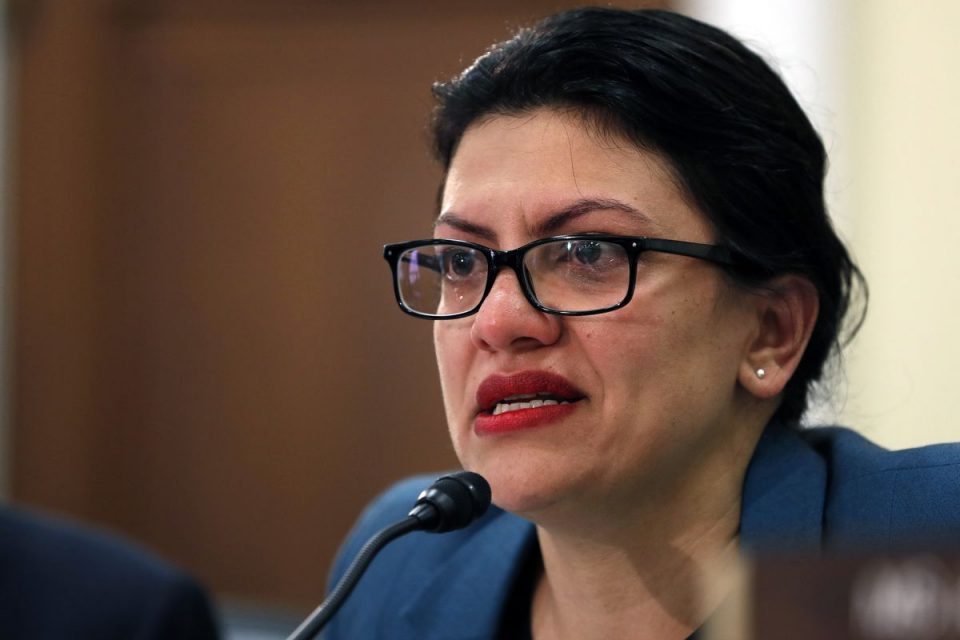 The socialist Democrat just put the Democrat Party and Joe Biden on the spot with her outrageous demands.

And the Democrat Presidential contenders will have to answer for the radical socialist “Squad” and their anti-American rhetoric.

Congresswoman Rashida Tlaib (D-MI) has almost become a household name because of her “membership” in the notorious socialist “Squad.”

Well, a household name among the radicals and political elites that is.

Tlaib has teamed up with Alexandria Ocasio-Cortez (D-NY), Ilhan Omar (D-MN), and Ayanna Pressley (D-MA) to create a socialist gang of Congressional superheroes ready to fight every injustice they make up or lie into existence.

Although, most political observers believe their only “super powers” will be the ability to lose control of the House in a single election cycle and the inability to stop the speeding Trump-train.

In addition to her calls for President Trump to be impeached, Tlaib’s biggest claim to fame is her outspoken, disgusting, and violent rhetoric.

Video of the August 2016 incident resurfaced over the weekend, showing the current Congresswoman making a scene while a then-candidate Trump delivered a speech before business leaders.

Talib was screaming and shouting at Trump as security dragged her out of the meeting at the Detroit Economic Club.

While being escorted out of the room, she continued to jump and yell at those in attendance.

“You guys are crazy!” Tlaib can be heard shouting.

Someone off-camera can be heard responding to Tlaib, “You’re an animal, get a job!”

Well, she did get a job, one could argue the perfect job – as a member of Congress.

She doesn’t have to work much, is free to say anything she wants with no backlash from Democrat leadership, and can make money while “serving” her constituents.

That same attitude was later reflected when, once in Congress, Tlaib showed her class and maturity by vowing to “impeach the motherf—–!”

And now, aside from impeaching “motherfu—–,” Tlaib is calling for a hike in the federal minimum wage.

She made this announcement during an event in Detroit on Sunday night as Fox News and other outlets reported.

That didn’t take long.  Just a few weeks ago, Democrats seemed to have settled on $15 an hour as the new wage to shut down small businesses.

But clearly Tlaib believes $15 will take much too long to destroy the country, so she’s proposing jacking it up to $20.

Her calls has prompted snorts of derision and mockery from conservatives and laughs from Republicans.

But more importantly, it’s thrown down the gauntlet for Democrats in the 2020 Presidential race to address the issue in the upcoming debates next week – who knows how high the minimum wage will go!

But rest assured, these type of moves by the socialist left are merely steps to bring American business to its knees and establish socialism across the nation.