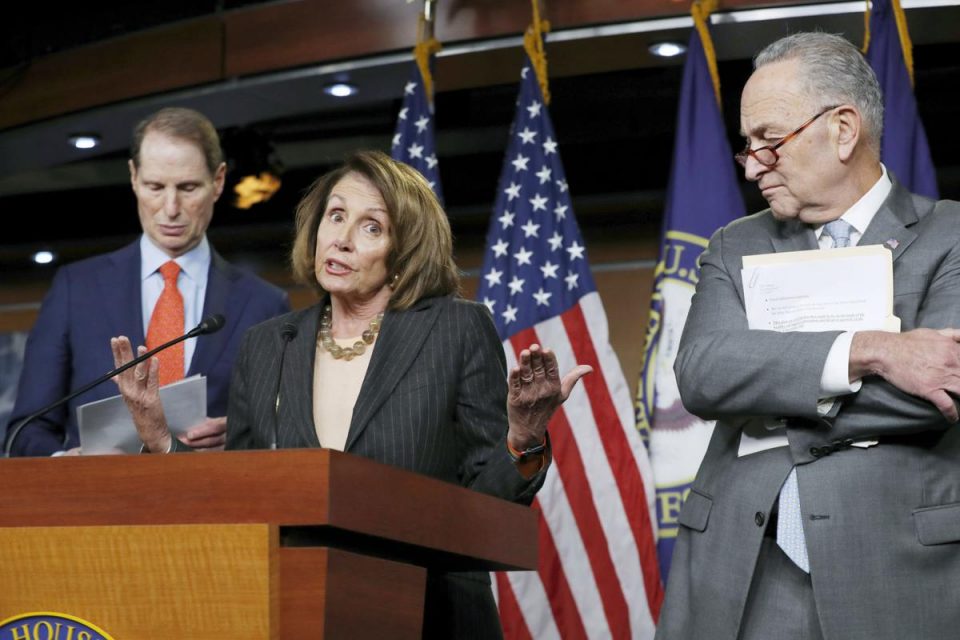 President Trump has shocked the left, and so-called “Never Trump Republicans” with his head-on attack of this major issue.

And it looks like he is just getting started with this agenda to go after this government abuse.

So Nancy Pelosi and the Democrats are furious at this one thing Donald Trump did.

President Donald Trump took the political establishment by storm in 2016.

Both parties were shocked and truthfully, appalled, that this political neophyte, billionaire and “reality TV host” could not just win the Republican nomination, but also the Presidency.

Hillary Clinton and her minions are still furious that Trump beat the “unstoppable” Hillary machine.

The “Never Trump Republicans” like Bill Kristol are left throwing temper tantrums and whining to their small group of Never Were Republicans, pinning all their hope on Democrat victories, like they always have.

But that’s not what infuriates the left so much.  The real impact the Trump presidency is having is through his major accomplishments on deregulation.

Trump ran on the promise that once in office he would eliminate two regulations for every new one implemented.

Many political observers and Inside the Beltway pundits laughed at him, saying it couldn’t be done.

Never Trump “Republicans” scoffed, and said “even Ronald Reagan couldn’t do that, and Trump is no Reagan”.

Well, they were right, because not only has Trump lived up to that promise, he has far exceeded that goal.

As of this writing, the Trump Administration has repealed a whopping 13 regulations for every new one.

Russ Vought, the acting budget office director, recently released this number at a conference on federalism at the Heritage Foundation.

He also said that this deregulation has so far saved the American taxpayers more than $33 billion and rising.

The main areas where deregulation has taken place so far are at the departments of Labor, Agriculture, Education and the Environmental Protection Agency.

This makes sense as those departments have historically had some of the most egregious and expensive regulations for small and mid-sized businesses.

Though a 13-1 deregulation ratio, and a savings of $33 billion or more is a nice start, there is much work yet to be done.

Most estimates are that compliance with federal regulations and federal intervention costs more than $1.9 TRILLION annually; this cost does not even take in to account all of the man hours, and support staff needed just for compliance.

Nor does it take in to account lost income and lost investment by companies because they have to hire compliance officers and lawyers, rather than investing in growing their company, building new businesses or creating new and better products.

That’s why it is vital that President Trump and his cabinet continue to find more regulations to cut, and further decrease federal bureaucracies and their heavy-handed tactics against America’s small businesses.

It can honestly be said that the biggest impact Trump has had so far is in deregulation and that if re-elected he should actually increase his efforts to do so.

Taxes Aren’t the Only Way the Government Steals From You