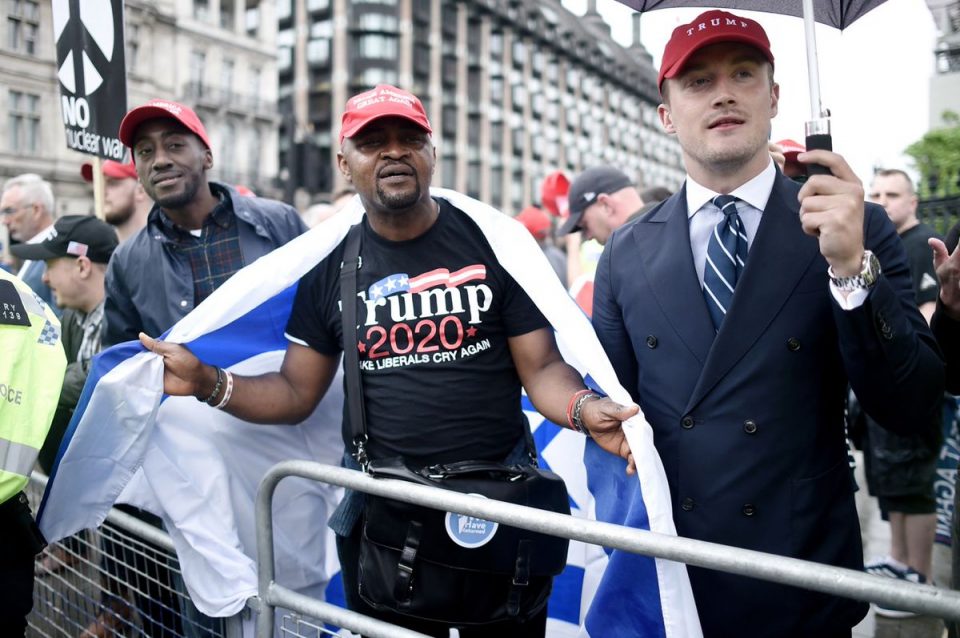 These violent attacks are occurring more and more frequently, and the police refuse to act.

Every day we hear of new attacks by thugs and cowards who hide behind masks and gang up on the elderly and little girls.

Because violent left-wing mobs are terrorizing America’s streets in the name of tolerance.

Every day it seems the media and talking heads slam President Trump for his divisiveness, for his rhetoric and for his so-called “calls to violence”.

Of course nothing could be further from the truth.

As usual, the media and so-called “journalists” remain either too lazy, too stupid, too leftist or all of the above to get the real story.

And that real story is, it is the left and their spokesmen who are stoking up violent attacks on innocent people.

It is people like Somali Socialist Congresswoman Ilhan Omar(D-MN-5) who endorse and applaud violent attacks on US Senators, leaving one, Senator Rand Paul, hospitalized with broken ribs and damaged lungs.

It is the rhetoric of people like Congresswoman AOC (D-NY-14) who promote armed attacks on US government installations.

And it is the tacit endorsement by Democrat presidential candidates like Elizabeth Warren, Kamala Harris, and others of violent radical fringe groups like Antifa and Black Lives Matter that embolden these thugs to launch more attacks.

And finally, the combination of favorable media coverage and local officials telling police to stand down gives these criminals the green light to cause millions and millions of dollars’ worth of damage, and physically assault people to the point of hospitalization.

Even when these thugs did it to a fellow journalist, the media looked the other way.

And these attacks are getting more frequent, and more severe.

The latest attack occurred in New York City where a group of thugs attacked and beat a man senseless.

His crime? He was wearing a MAGA hat.

His name is Jahangir Turan, a 42-year-old Art Gallery owner, and he is a supporter of the President.

For that, he says he was viciously beaten in Manhattan by a group of 15 or so thugs just because he had on a MAGA hat that he had purchased earlier that day.

He then explained that the group of about 15 “kids” yelled “F*** Trump” and started stomping on him, then his head was smashed into a scaffold by at least one of the criminals.

Turan says he suffered a fracture in his cheek and a badly swollen eye and is awaiting final word from his eye doctor to see if there is any permanent damage.

And this is not the only such incident.  Attacks on Trump supporters, Trump family members and Trump administration officials are escalating and becoming more frequent.

It is only a matter of time until these attacks begin resulting in deaths and likely further escalation.

Of course the violence is an old tried and true union boss, Nazi and socialist tactic that is not random at all.

The goal of these socialist thugs is to erode the very fabric of society until the people demand a Hitler or Stalin-like national socialism.

We will keep you updated on continuing attacks.