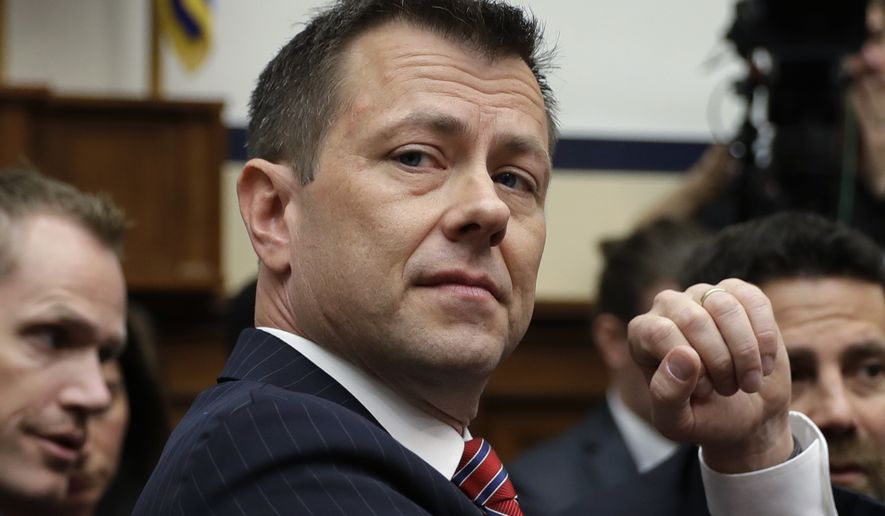 He’s best known for his torrid affair with a fellow agent, but now he’s filing a frivolous lawsuit against his former boss.

It seems this former FBI agent who was terminated due to his illegal and unethical acts is firing back.

And his outrageous lawsuit has Donald Trump seething.

Anti-Trump forces have shown they will go to any and all extremes to destroy the President.

From phony Russian collusion hoaxes, to lies and name calling – to even elected Democrats calling for violence against Trump and his supporters.

So far, nothing has worked and one could argue that most of their efforts have only backfired.

Now comes another disgraced anti-Trump government employee with a lawsuit against the Trump administration claiming his free speech and right to due process was trampled.

And who is this poor, beaten down soul?

Why none other than Peter Strzok – the FBI agent who was caught in a torrid affair with another FBI agent and had been discovered sending anti-Trump emails and texts to his paramour.

And this was all going on while Strzok was conducting an “impartial” investigation into the Trump campaign and their supposed connections to Russia.

Strzok has filed a lawsuit against the FBI and Department of Justice, claiming they gave into “unrelenting pressure” by President Trump when they fired him in 2018.

Clearly Strzok forgets, or ignores the fact, that his exchange of text messages with lover Lisa Page condemning, ridiculing, and plotting against Donald Trump took place during the time he was looking into so-called Russian collusion.

One of Strzok’s texts to his mistress referred to using the investigation as an “insurance policy” and referred to a “secret society” working within the government in the event Trump won the Presidency.

In another text responding to Page’s plea for some assurance that Trump would never be elected, Strzok responded, “No. No he won’t. We’ll stop it.”

In many of the text exchanges, Strzok and Page described Trump in unflattering and inappropriate terms – all while wearing a badge that’s supposed to stand for fidelity and integrity.

Their conduct was so bad that in a report released in June 2018, Department of Justice Inspector General Michael Horowitz described them as being “extremely unprofessional” and a discredit to the FBI.

Torrid affair aside, both Page and Strzok were hired to perform certain tasks within the government based on the rule of law.

They were not hired to inject their personal and political views into their work.

But Peter Strzok and many others in the FBI, State Department, CIA, and other agencies started playing fast and loose once the Hillary Clinton email scandal came along.

Unfortunately, many of them are still in the government and still working to destroy a duly-elected President.

These Deep State operatives have allowed their personal and political views to skew their work responsibilities, causing the nation to undergo years of turmoil and conflict.

It’s no wonder our country is so divided.