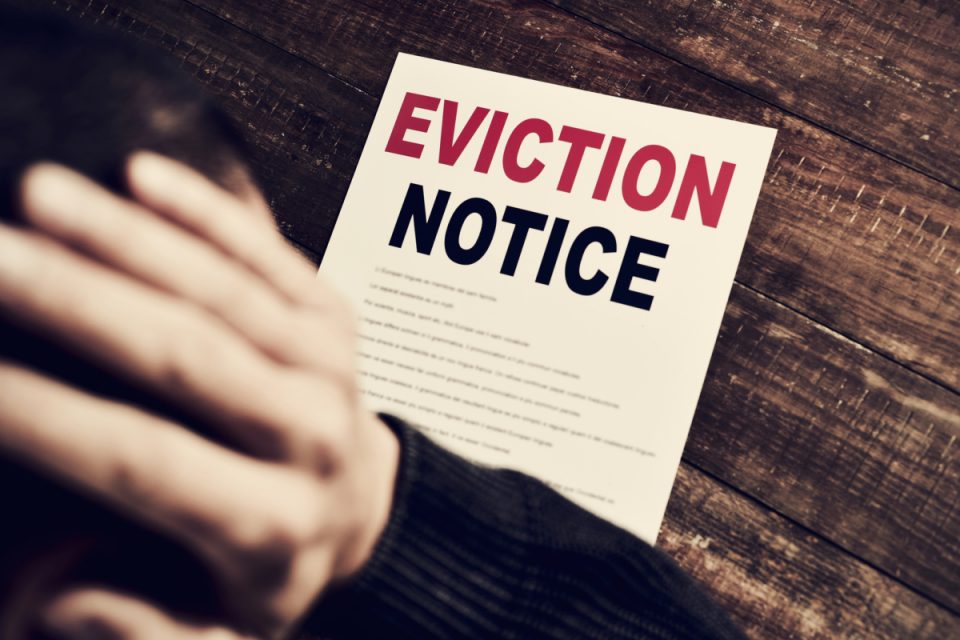 Among the fundamental freedoms Americans enjoy are life, liberty, and the pursuit of happiness.

And our Constitution makes sure the only way a person forfeits the ability to pursue those freedoms is when they commit a crime.

That’s why it’s insane to see this city set to evict one family solely based on the actions of their son’s friend.

Jessica Barron and Kenny Wylie could soon find themselves homeless thanks to an unfair ordinance put in place in their hometown of Granite City, Illinois.

Instead, city officials are prepared to go through backchannels and use crooked legislation to have them thrown out onto the streets all because one of their children’s friends committed a crime when he was sleeping on their couch.

The crime didn’t occur at the home, nor did the parents provide safe harbor for the friend when police issued a warrant for his arrest.

Nevertheless, because Granite City has chosen to invoke its “crime-free housing” ordinance, the couple and their three teenaged sons may find themselves destitute.

Ironically, that may result from their decision to act compassionately towards one of their son’s friends.

In the fall and winter of 2018, Wylie and Barron let this child (whom they described as homeless) stay on their couch for a few nights a week.

In May, the young man broke into a local restaurant. Shortly after discovering he committed the crime, Wylie and Barron turned him over to the custody of police.

And while they did the right thing, the city has decided to reward them with eviction.

Even though this young man wasn’t one of their children and didn’t commit a crime on their property, the city believes they have grounds to force Wylie and Barron out of their home.

The city is even trying to strong arm the couple’s landlord.

The city is holding a symbolic knife to the landlord’s throat, telling him he must abrogate their rent-to-buy contract and evict them.

The landlord has even been threatened with the loss of his rental license if he ignores their demands.

In addition, the city has resorted to thuggish tactics of employing the police to intimidate the landlord by threatening to arrest him if he doesn’t evict the couple (although no charges could be brought against him).

Fortunately for Wylie and Barron, they’ve retained an attorney who believes he can halt the city’s criminal attempts to kick them out of their home.

“‘This effort to make an innocent family homeless violates the federal Constitution at a bedrock level,’ the Institute for Justice argues in a federal lawsuit it filed yesterday on behalf of Barron, Wylie, and their landlord, Bill Campbell, who does not want to evict them.

The complaint says the crime-free housing ordinance violates their due process rights, the 14th Amendment’s guarantee of equal protection, the Fifth Amendment’s ban on taking property for ‘public use’ without ‘just compensation,’ and freedom of association, which is protected by the First Amendment.”

Hopefully, attorneys for the city will drop the case.

If America is as free as we believe it is, then we shouldn’t be penalized for the actions of another.

If the eviction request is upheld, then the state of affairs and our freedoms in the United States of America is much more at stake than anyone can comprehend.