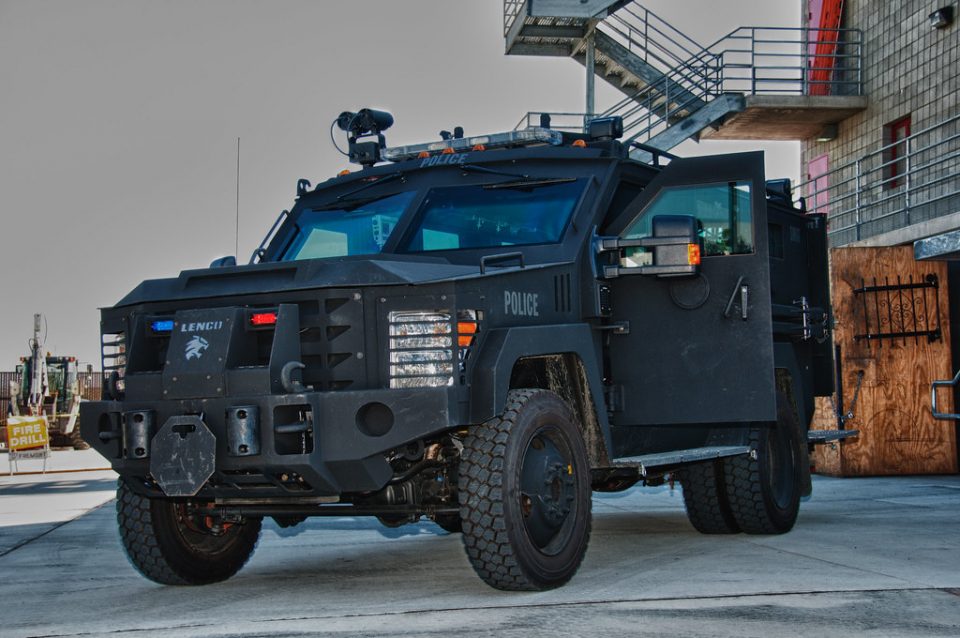 In recent years, local governments have concocted devious schemes to take money away from citizens to fund their pet projects.

These money-making schemes are legal and have robbed Americans of more than $20 billion dollars in the last decade.

And this county stole $300,000 from citizens and you won’t believe what they bought with the money.

That’s why a repeal or the reform of civil asset forfeiture laws is an issue in a number of states and in Congress.

One of those states where civil asset forfeiture has been a burning issue is Iowa.

And citizens of Linn County, Iowa are struggling to understand how their local sheriff’s department could stumble upon $297,061 worth of funds seized from citizens to purchase a military-grade armored personnel carrier.

While a purchase like this could arguably make sense in a large, high-crime metropolitan area, Linn County Iowa is not exactly a hotbed for nefarious criminal activity.

Because of this, the questions regarding where the funds came from, as well as the wisdom behind the purchase have been front-and-center for concerned citizens.

Sheriff Brian Gardner defended their decision to purchase the BearCat APC, saying, “You may ask why we need a vehicle like this. But there have been occasions where an individual has set fire to a house or building and barricaded himself inside and shot at first responders as they approached. In that situation, this vehicle could drive right up and extinguish the fire while keeping officers and fire personnel safe.”

The rationale behind purchasing the vehicle may be sound – if Linn County actually faced those kinds of situations more than once or twice a decade.

But what’s infuriating Linn County residents is how the funds were extracted to buy this chariot of war.

In recent years, there have been several documented instances where people traveling with large amounts of cash have had their money taken from them because it was “supposedly” going to be used for criminal purposes.

There was no evidence, no proof, and no arrest warrant, and in most cases, the individual robbed by law enforcement was later shown to be innocent of any wrongdoing.

And yet, in most cases, the government keeps the money.

The only way these individuals can recoup their assets is to prove they weren’t going to be used as part of a crime.

And it’s typically their word versus a blue wall of law enforcement intent on retaining the captured funds.

The practice of civil asset forfeiture is a hot-button issue that’s the subject of intense scrutiny.

According to USA TODAY, “The Iowa Supreme Court reviewed Iowa’s forfeiture laws in 2018 addressing concerns over enforcement seizing property and using the profits to fund their departments. The court ruled that officers can’t force people to answer questions about the seized property as a condition for its return.”

And in 2017, Iowa passed a law that required a subject have a criminal conviction brought against them before their property could be taken. Before that, Iowa police could take property based on suspicion alone.

But the changes in Iowa’s forfeiture laws still allow law enforcement to keep any cash or goods worth over $5,000, even without a criminal conviction.

Residents in Linn County believe that may have happened in this instance. Otherwise, how else could a department of this rural county afford a $300,000 weapon of terror?

At the end of the day, concerned citizens not only have every right to protest civil asset forfeiture laws, but have a duty as American citizens to make sure their local law enforcement follows the Constitution and stops stealing from law-abiding citizens.

The unconstitutional and frequently abused civil asset forfeiture laws – and the kind of wasteful spending as observed here – shows why it needs to be dissolved entirely.

Hitler Put It In The Water To “Control Jews,” So Why Are Americans Drinking It?