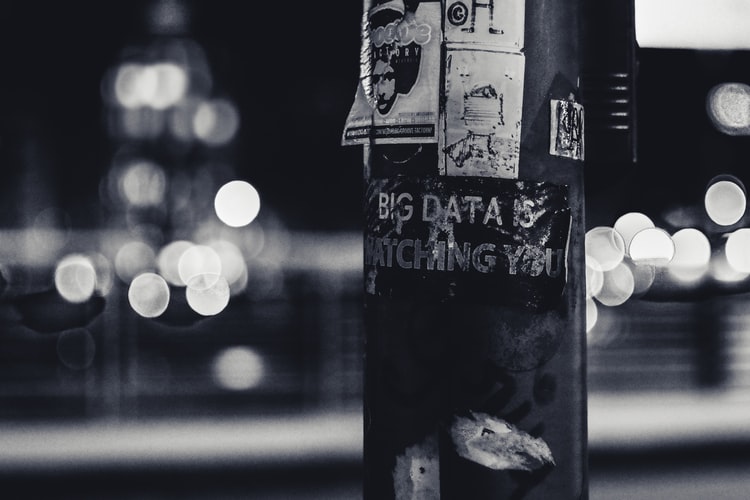 In 2013, Edward Snowden took an insane risk and unveiled how vast the Deep State spy apparatus actually was.

As he showed, the passage of the Patriot Act gave the government unlimited power to build profiles on Americans in an attempt to identify political enemies and silence dissent.

If the average American was at all concerned about those laws before, then new developments in how the US government will use social media to disarm Americans will have their skin crawling.

Shortly after the shootings in Dayton, OH and El Paso, TX, the entire nation seemed to light up with new calls for increased gun control.

RINOs on the right and liberals on the left – along with their puppets in the media – all said we needed to do more to “prevent future violence.”

Now, the casual observer might think their proposed solution of so-called “red flag laws” are a reasonable means to prevent gun violence.

Afterall, if someone is clearly a threat to society, there’s no reason for them to possess a gun.

However, the issue at hand is really that red flag laws are a direct violation of both the Second and Fourth Amendment of the Constitution.

But politicians from both parties don’t care.

In fact, even before the passage of any national red flag laws, legions of government officials have invaded Silicon Valley to get big tech to help catch killers before they kill.

To get big tech to use social media profiles to create a composite of a mass shooter so they can disarm an individual before they pull the trigger.

“In early July, the FBI posted a solicitation notice for a “Social Media Alerting Subscription,” which would “acquire the services of a company to proactively identify and reactively monitor threats to the United States and its interests through a means of online sources. The request singles out Twitter, Facebook, Instagram “and other social media platforms” for snooping.”

What the FBI’s solicitation doesn’t spell out directly is they’re going to comb through millions of social media users’ posts to create profiles of individuals.

And these profiles will then be used to assign their threat level to other people.

And if the FBI deems a person a clear-and-present danger (remember, this will be based solely on social media posts), they can drop the hammer on them and unconstitutionally take away their guns and their constitutional rights.

The technology and the enforcement of this policy is already here.

Just this week, a young man was arrested and his guns seized because his social media profile suggested he may commit a mass shooting.

Nowhere in any of his social media posts did he post anything violent nor discussed premeditated inclinations to harm innocents.

Instead, his sharing of anti-government and pro-revolutionary memes were what got him thrown in the slammer.

Brandon Wagshol of Connecticut was “red-flagged” when he shared what’s commonly called a “boogaloo meme” and talked about buying gun parts online that he couldn’t purchase in his home state.

Apparently, someone viewed Wagshol’s social media profile and felt this was threatening, so they called the police on him.

Never once did he make a threat.

Wagshol’s attorney, Darnell Crosland, commented on his arrest saying, “What I understand is that he didn’t make any comments on Facebook, but there may have been other memes, as they call them, that he might have reposted.”

Now, if you’re wondering what a boogaloo meme is, you’re not the only one.

Boogaloo means “take down the government” in the simplest of terms.

Boogaloo meme sharers are tired of the oppressive government dictating what they can and cannot do, and they frequently joke about the “boogaloo” coming the same way Christians joke about the End of Days.

For Wagshol, sharing that kind of content got him arrested.

Make no mistake. Wagshol’s arrest is a watershed moment.

This is how they will disarm Americans.

The marriage of Deep State surveillance and big-tech data systems provide the elite the means to enforce their dystopian fantasy.

And if you’re not paying attention, you will be a casualty in the most significant collapse of society in all of history.