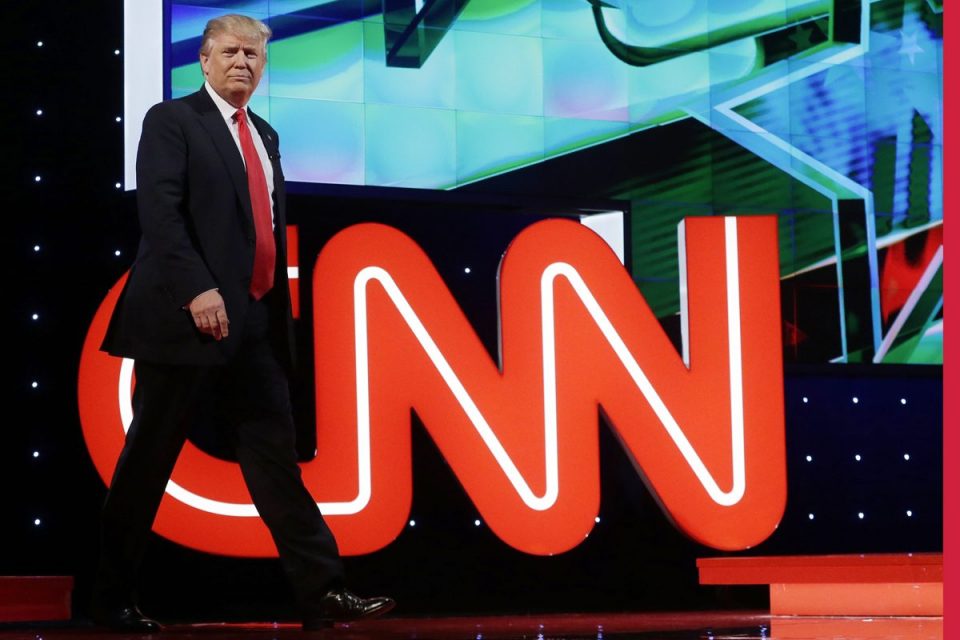 There’s no questioning the Deep State is alive and well in today’s mainstream media. The ruse of an impartial media comprised of impartial journalists is finally over.

Because one of the many ways the Deep State and radical left controls the narrative is through the media.

But this Deep State mainstream media outlet just got the news they feared the most.

We’re talking the kind of bad news that may end up getting the network pulled off the air forever.

CNN, arguably the “top dog” in fake news for the Deep State, just found out that their ratings are at historic lows.

In fact, if the numbers are accurate, more people will watch a YouTube video of a cat falling off a table today than the drivel CNN creates.

Here’s how we can be sure.

That’s roughly the size of Des Moines, Iowa – out of a nation of 330 million people!

According to Nielsen, during the same time slot, FOX News saw more than 873,000 people tuning in. That’s 64% more viewers, which shows how much people distrust CNN.

CNN’s ratings have been in sharp decline for more than a year now. It’s apparent people are growing tired of the lies the propaganda network tells.

Adweek shows they’re down by as much as 32% in some areas.

And The Hill documented this ratings crash as CNN’s worst performance ever in a town hall series.

Joe Concha, writing for The Hill, said, “[the] Bullock-de Blasio event marked an all-time ratings low for town hall events on the network in 2019. Viewership was down 25 percent overall and 38 percent in the younger demographic compared to CNN’s 2019 average for Sundays from 6 pm to 8 pm.”

These rating declines aren’t just happening at CNN, either.

Another major mouthpiece of the Deep State, MSNBC, is also losing viewers at a rapid pace.

Their flagship program, The Rachel Maddow Show, went from first place just a few months ago to fifth place in August.

“The Rachel Maddow Show” placed fifth in cable news ratings this month behind “Hannity,” “Tucker Carlson Tonight,” “The Ingraham Angle,” and “The Five,” making it the second straight month that Fox News had the four highest-rated cable news programs.”

These trends are nearly universal, and anyone with half a brain can see why the crash is happening.

The mainstream media peddles trash and lies. People on the left and right have picked up on this deceitful style of journalism and are turning to more trusted sources.

And not just FOX News.

More people are getting their news from alternative news outlets like Ben Shapiro and Joe Rogan’s podcasts.

This is all good news for liberty and bad news for the Deep State.

Access to unbiased sources of news is a must if our nation is to thrive.

And CNN’s fall is evidence that’s what the majority of Americans are truly hungry for. Hopefully, that includes you too.

BREAKING: Donald Trump Fears The Deep State Is Using This Republican To Take Him Out