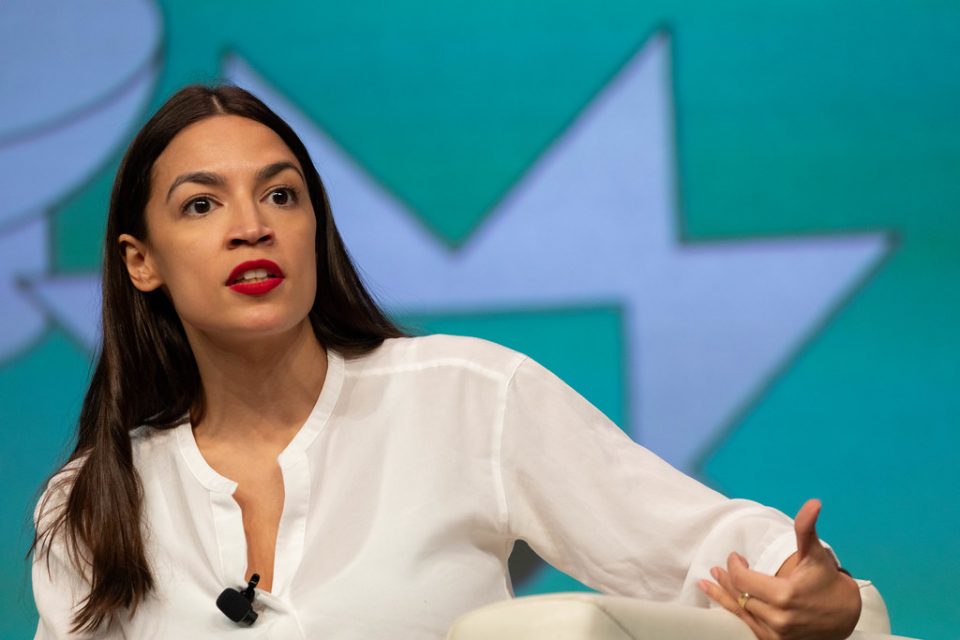 People sometimes wonder how the Deep State has become so deeply entrenched in American politics.

The truth is, there’s a particular code of conduct the Deep State follows to get voters looking one way while they do something dangerous in the background.

And this nasty little trick proves this Deep State troll is desperate to kneecap Trump and harm the American people who voted for him.

What this Congresswoman has done is straight out of the leftist/socialist playbook.

While they insist everyone behave one way, they go and do the opposite.

For proof, take a look at what Alexandria Ocasio-Cortez(AOC) is doing.

The freshman Congresswoman from the Bronx is arguably one of the most popular politicians with a blue check-mark next to her name – at least on twitter and among the socialist zealots out to destroy America.

AOC uses her social media profiles to dissect policy, admonish politicians she doesn’t like, and show her followers that she doesn’t know what a garbage disposal is (you’ll have to refer to this twitter post to see what that joke was all about).

<blockquote class=”twitter-tweet”><p lang=”en” dir=”ltr”>Apparently AOC doesn’t know what a garbage disposal is or what it’s used for according to her latest Instagram story. <a href=”https://t.co/H2i2dFWpkD”>pic.twitter.com/H2i2dFWpkD</a></p>&mdash; Courtney Holland 🇺🇸 (@hollandcourtney) <a href=”https://twitter.com/hollandcourtney/status/1125660946347712512?ref_src=twsrc%5Etfw”>May 7, 2019</a></blockquote> <script async src=”https://platform.twitter.com/widgets.js” charset=”utf-8″></script>

But one thing AOC does with her twitter account that she doesn’t want Trump to do (and that the law prohibits Trump from doing) is block people who post things to her feed that she doesn’t agree with.

Part of the reason this is an issue is because, as a publicly-elected official, her twitter feed (as well as the President’s) serve as public forums where people can have conversations about policy.

The US Second Court of Appeals ruled that Trump wasn’t legally allowed to block commenters on his twitter or Facebook page because he uses them for official purposes.

Thus, it being open to public comments and offering an “interactive component” to the page makes it a “public forum,” which the First Amendment protects.

So when it came to light that AOC was doing the same thing, First Amendment advocates rightly protested her unconstitutional acts.

Jameel Jaffer, the director of the Columbia University’s Knight First Amendment Institute – the institute that made it so Trump couldn’t block people on twitter – is now directing attention to AOC.

In a letter to the Congresswoman, Jaffer wrote:

“We understand from news reports that you may be blocking some Twitter users from your @AOC account because of the views they have expressed. This practice is unconstitutional, and we are writing in the hope of dissuading you from engaging in it.”

Hikind sued Rep. Alexandria Ocasio-Cortez because she blocked him from commenting on her twitter posts. He argues that if the President can’t do it, neither can she.

When AOC blocks people from commenting, not only is she limiting the First Amendment rights of social media users, it also creates an echo chamber that doesn’t allow for open discourse – further encouraging unchecked propaganda.

It’s obvious the elite are OK with this, and they’re totally fine with one of their insiders doing something they don’t want Trump doing.

But the evidence is there, and now it’s up to constitutional advocates to double down and refuse to let them win.

Fearing a War in the Stars, TSA Bans America’s Most Popular Drink from all Airplanes