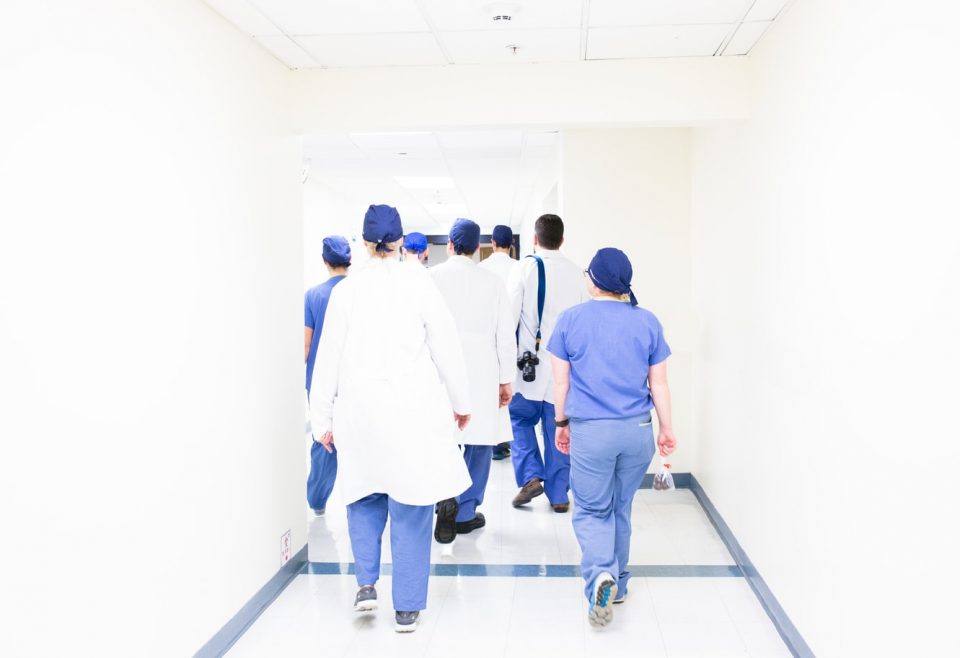 One of the leading causes of preventable death in the United States is unforced medical errors.

Recent estimates say anywhere from a shocking 251,000 to 440,000 people die yearly because of medical errors, making it the third leading cause of preventable death in the U.S.

Which is why it’s alarming to see the CEO of a major hospital say something that shows the medical establishment is in cahoots with the Deep State to abort full-grown humans.

If you think that sounds rather extreme, it is.

It’s also true – and recent developments from the C-suite level of major hospitals, all the way to physicians’ offices, prove it.

The medical establishment is now in cahoots with the Deep State to assist in disarming the American public.

Nowhere is that more evident than when you look at this quote from Michael Dowling, CEO of New York’s largest healthcare provider, Northwell Health.

“With approximately 40,000 firearms-related deaths occurring annually in the U.S., up from about 29,000 20 years ago, gun violence is clearly a public health crisis that we’ve ignored for far too long.”

“As health care providers, we have an obligation to preserve and protect life.”

“We have a rich and proud history of responding aggressively and successfully to past public health crises, whether they be flu epidemics, AIDS/HIV or other infectious diseases that threaten human life.”

Dowling’s comments can’t be brushed off.

To compare guns to a “disease” isn’t only illogical, it further enables anti-gunners in their quest to see everyone but the government disarmed.

Sadly, the Deep State is utilizing the anti-gun sentiment among the medical establishment to great effect.

Protective orders to seize guns, as in the case of red flag gun laws, frequently depend on evaluations from a medical professional.

Likewise, it’s not uncommon for physicians to ask patients about their mental health and their gun ownership in the same breath. This helps them formulate a “fitness profile” which police can later use to grab guns from law-abiding citizens.

This is the slow creep of tyranny.

If medical professionals were genuinely concerned about the health and wellness of individuals (and the vast majority of them are), they’d focus less on a person’s gun ownership and put far more attention on preventing their industry from killing a quarter of a million people yearly.

Those numbers aren’t inflated, either.

While anti-gun medical experts might say guns are a problem and cite the number of those killed by firearms, rarely do they dissect the numbers further.

They don’t show that most gun deaths are suicides, and many other gun deaths are limited to gang violence (a real and systemic issue). They lump all gun deaths together and say guns are a problem.

Meanwhile, reports from the medical community and the CDC show a glaring top-down problem that ends up killing thousands and thousands of innocent people.

Dr. Martin Makary, the lead author of a groundbreaking 2017 study by the CDC, put it like this.

If this makes you uncomfortable, there are a few things you can do.

First, refuse to answer any questions your doctor might ask you about gun ownership.

Second, support solid 2nd Amendment advocacy groups so they can petition and work on your behalf to help keep your guns.

Groups like the National Association of Gun Rights are an effective, no-compromise gun group – and not part of the DC circuit like other so-called gun groups.

Make no mistake. The Deep State, leftist elitists, and the socialists are coming. And they are coming for your guns.

But if enough pro-2nd Amendment Americans get together, we can stop them.

Finally, if you find yourself, or a family member, or loved one in the hospital, make sure to be an advocate for yourself or them.  Ask questions, demand reasonings behind every action medical staff take, or don’t take.