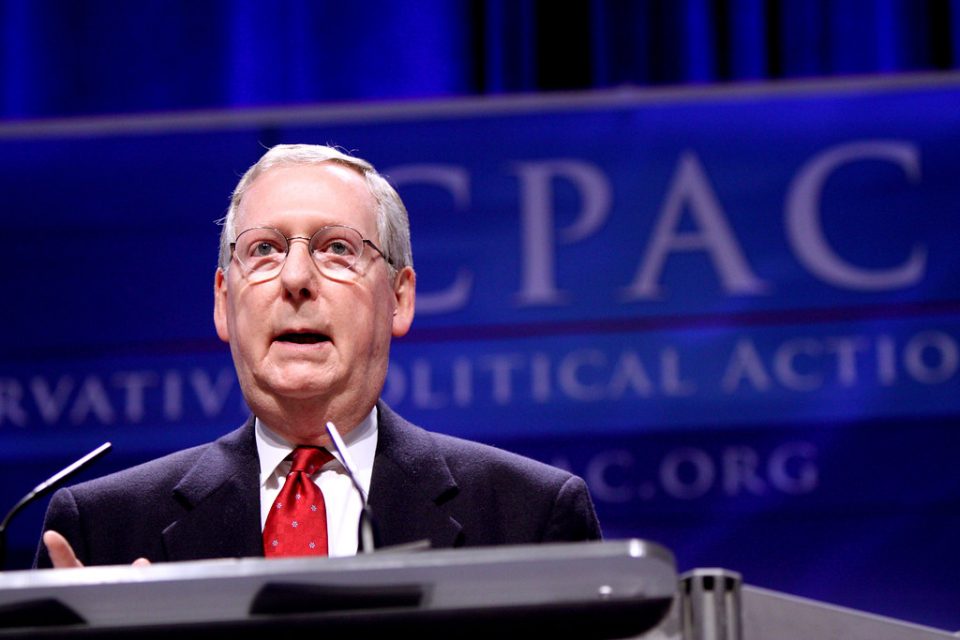 Proving once again that Never-Trumpers are really “never-conservatives,” one Never-Trump leader has taken disgusting to a whole new level.
These Never-Trumpers have written multiple op-eds or pieces about the perceived “evils” of Trump and his supporters.
But this sickening act by one Never-Trumper says it all.
The Never-Trump movement began during the 2016 Presidential election when it became evident that the Tea Party, the anti-tax conservatives, libertarians, and constitutionalists were fed up.
Fed up with the lies from Mitch “roots and branch” McConnell, the inaction of the establishment Republicans who, once elected, always reneged on their promises, and the RINOs trying to control the party and “compromise” on issues clearly protected by the Constitution.
Most important of all, the grassroots base was fed up with the slimy and grifting consultant advisor class.
For too long, this class of self-promoters, neocons, intellectual midgets, and self-appointed “leaders” had run roughshod over the grassroots movement and donors of the Republican Party – and pocketed millions from these unsuspecting donors.
For example, we here at Deep State Journal recently sat down with one former GOP consultant who explained how for years he would float from one candidate to the next, not caring whether that candidate was moderate, conservative, or liberal – he was getting paid millions upon millions as their consultant.
We will report more on that interview in a later article, but the point is this “consultant class” held no ideological allegiance to the Republican Party – but found that Republicans paid better.
You’ve heard of some of these grifters.
Names like Karl Rove and Bill Kristol, who will literally work against their own if the price is right, and will take money from just about anyone to promote their one-world neocon view and the slaughter of American men and women oversees to advance their one-world agenda – all the while hailing themselves as “geniuses”.
So when it became evident that Trump was destroying this consultant class within the party, the establishment became furious and thus the Never-Trump movement was born.
Along the way, they recruited a rag-tag band of merry moderates, disaffected consultants, and one-time “libertarians” whose hatred of Trump now outweighed their supposed libertarian views.
And so-called “conservative” journalists, like National Review’s David French, who all of the sudden decided they had to stop Trump from ruining their good time.
Now a recent article proves just how sick these miscreants are.
In a piece published by The New Yorker, French hit a new low with his endorsement of drag queen story hours at public libraries.
That’s right, in a defense worthy of Jeffrey Epstein’s blessing, French gave a firm endorsement to the new grooming operation the pedophile community is using to find, recruit, and abuse children around the country.
“There are going to be Drag Queen Story Hours. They’re going to happen. And, by the way, the fact that a person can get a room in a library and hold a Drag Queen Story Hour and get people to come? That’s one of the blessings of liberty,” French said.
But this is actually nothing new.
French has gone on many Twitter tirades supporting drag queen story hours in recent months, trying to justify the obscene practice done at the taxpayer’s expense.
French was also a strong defender of Hollywood pedophile James Gunn, saying Disney should rehire Gunn despite his alleged desires to harm children.
Gunn was of course rehired.
In addition, French has frequently used the ethnicity of his adopted Ethiopian daughter to attack President Trump and his supporters.
But given French’s clear support of pedophiles and drag queens seeking to brainwash young children, the question is being asked in some circles – what horrors is his young daughter possibly being exposed to?