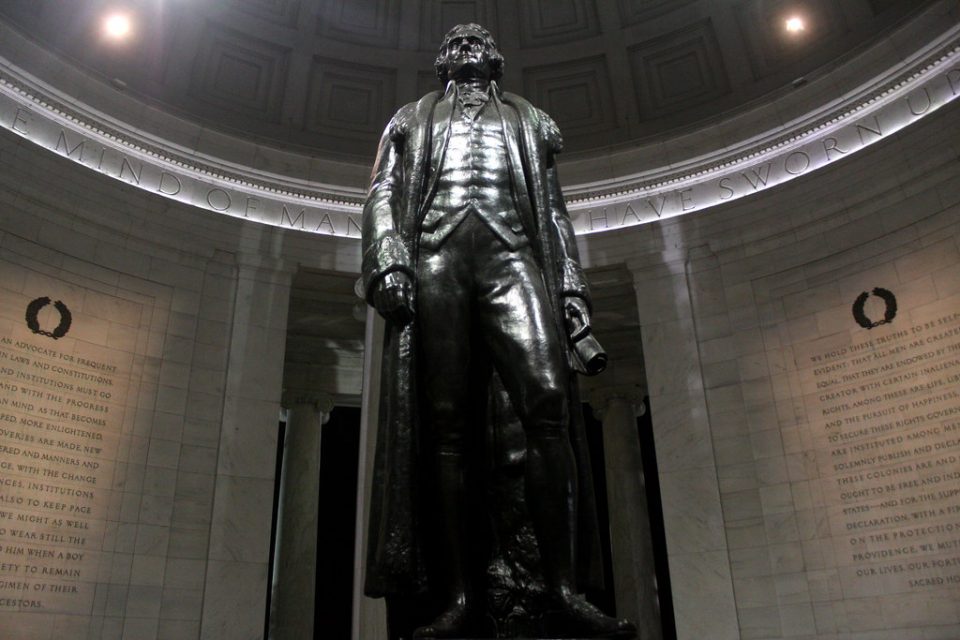 When the framers of the Constitution penned the Bill of Rights and included the Second Amendment, they were fresh off of winning a war against the largest and most powerful military of their era.

This shocking victory over Great Britain was won in large part by farmers, hunters, and frontiersmen who brought their own weapons to the fight. Needless to say, the Second Amendment wasn’t included to “protect hunting” – it was added to let the government know that bullets are made for tyrants.

Now, with the Second Amendment under the gun, it’s safe to say Thomas Jefferson would enthusiastically support what Trump just said about guns.

Before arriving in office, President Trump declared he’d be the most 2nd Amendment-friendly President of all time.

And based on at least some of his most recent activity, it’s looking like he’s holding true to that promise.

In the weeks following the spate of active shooter situations in Odessa, Dayton, and El Paso, the demand for increased amounts of gun control has reached a fever pitch.

Lawmakers from both sides of the aisle claimed a public-health crisis is afoot, and guns are the disease.

Trump let the lawmakers know he was considering options, but never committed to anything outright.

One thing that many gun owners feared Trump would do is authorize universal background checks.

The Democrats love the idea of universal background checks because it forms a pathway for a national gun registry which could one day lead to massive confiscation.

They want them passed not only because the “feel good” measure would satisfy constituents who know nothing about firearms, but by keeping tabs on every single gun purchase and establishing a de facto national gun registry, it would give them an open door to pass even more calamitous gun control in the future.

Fortunately, Trump isn’t going to give a foothold on which they can build their dystopian dreams.

According to Politico, “Trump will not consider the House-passed universal background checks bill as part of his proposed gun package, according to a source familiar with the conversation on guns.”

Of course, this made power-hungry Democrats steaming mad.

The fact their gun-control package – which contains universal background checks and several other invasive forms of gun control – was rejected means they didn’t get much accomplished to strip us of our Second Amendment rights.

House Speaker Nancy Pelosi said anything less than their abusive gun control package “will not get the job done [to eliminate gun violence].”

And scheming Senate Minority Leader Chuck Schumer said, “We’re certainly willing to discuss the finer points of legislation with our Republican colleagues, but we made one thing clear to the president — the effectiveness of gun safety measures will be severely compromised if we allow the loopholes in our background check system to remain intact.”

By rejecting universal background checks, Trump has helped guarantee that Americans can freely trade guns between themselves, loan guns, and even participate in private gun sales.

That is something Thomas Jefferson would love and it’s a bulwark for gun owners (at least, for the time being).