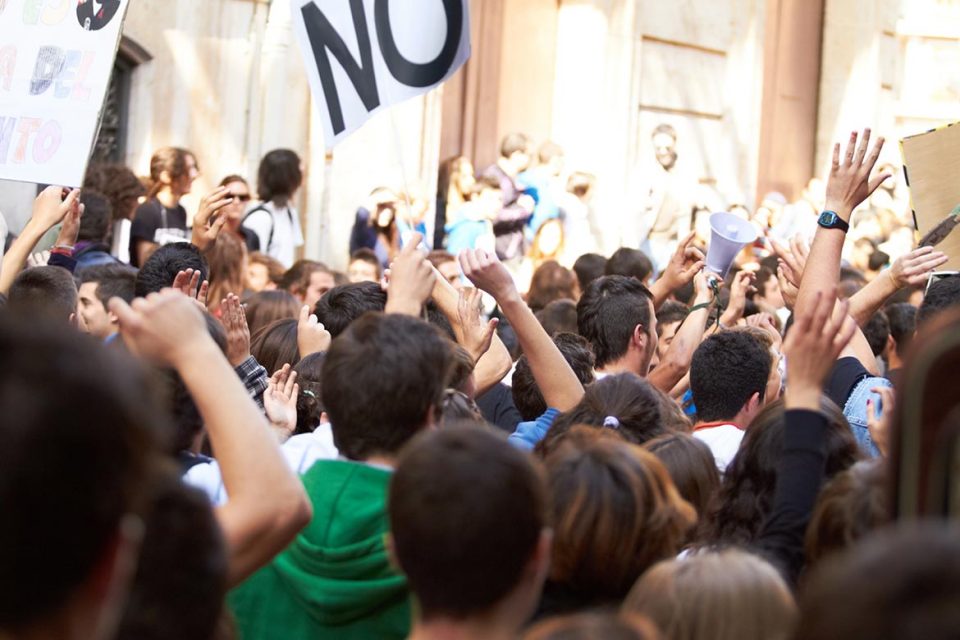 As socialist storm troopers ramp up the violence around the country and police-state crackdowns become more frequent, Americans are becoming more and more fearful of a socialist Democrat sweep in 2020.
While the anti-Trump “Republicans” are on the run, they appear to be lining up behind Joe Biden to swing the presidential election and Congressional control to the Democrats.
That’s why Americans fear a looming socialist state across the nation.
Antifa beats up a reporter and puts him in the hospital, then they beat an elderly man almost to death because his hat was red.
Meanwhile, members of Congress – reminiscent of Nazi Germany – call for both the rounding up and arrests of Trump supporters with an increased surveillance state.
And Democrat presidential candidates call on the House to search and confiscate constitutionally protected legal weapons.
Of course we can’t leave out the “climate change” folks whose idea of saving the earth involves lighting fires in the streets, throwing trash on the sidewalks, and blocking traffic for hours.
So it was with great interest that I read a timely and hard-hitting piece by an old friend and former member of the California State Assembly, Steve Baldwin, in World News Daily titled, “The Coming ‘Soft’ Civil War — if Trump is Not Re-Elected”.

Unlike many current political writers, Steve pulls no punches and comes out swinging right away:

“You don’t have to like Donald Trump to support him in 2020. Nor is it necessary for you to agree with everything he says or tweets. You may even dislike his style, his language and his sometimes-abrasive behavior. But it is imperative for all voters to understand the choice we will have in 19 months and what the ramifications are if Trump loses the election.
If you are a conservative thinking about not voting for Trump due to these petty reasons, well, grow up. We are now at a tipping point in American history in which the defeat of Trump will most likely launch a series of unconstitutional actions and decisions by the left that could very well lead to the destruction of America as we know it.”
From there he talks about our already fractured nation, the assaults occurring by a fanatical and increasingly violent socialist movement devoted to wiping out our Constitutional Republic and any last vestiges of Christianity and replacing them “with an atheist, socialist utopia where supposed ‘equality’ will be forced upon everyone and government will be the provider of all goods and services.”
While many on both the left and right talk about the “coming civil war,” few are willing to go on the record and say that we, in fact, are already in the midst of one – and it isn’t a peaceful one either.
Each day we hear of more violence in the streets, lawlessness, and violations of individual rights all in the name of “diversity,” “openness,” or “rights.”
Unfortunately we have far too many “conservatives” who believe none of this is possible.
They are willing to risk it all because Donald Trump “hurt their feelings” or didn’t invite them to the Oval Office.
They scoff at any talk of such a revolution as nothing more than conspiracy theories.
And then there are the disgraced Never-Trumpers like Bill Kristol, William Weld, and other never-were Republicans who may very well lead us right into a bloody socialist revolution.
In fact, far too many of them seem to be hoping and working for just that outcome.