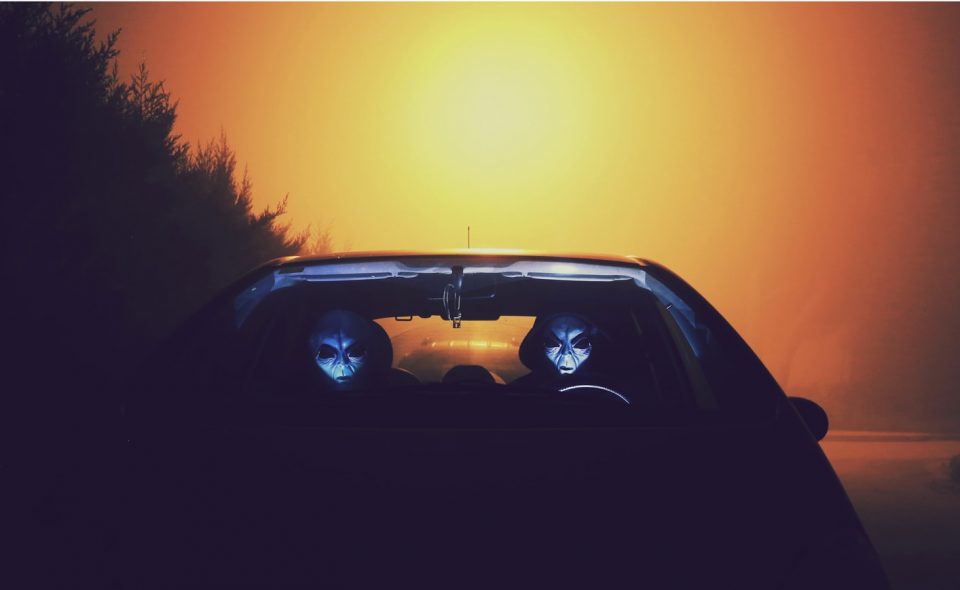 Shocked politicians from Nancy Pelosi to Mitt Romney are scrambling to cover up this story that took everyone by surprise.

And this recent admission by the government may cause more questions than answers.

That’s because UFOs are in the news again as the Pentagon finally admits to this one hair-raising fact.

With most of the world focused intently on the developing impeachment efforts and Democrat failures, there was one news story that has some Americans blinking and singing “Aliens Exist.”

A recent article in Military.com has sent shockwaves through both the military and intelligence communities – and UFO believers.

As first reported by Military.com, the U.S. military has confirmed that UFO footage is actually real.

“For the first time, the U.S. Navy has acknowledged that the three UFO videos that were released by former Blink-182 singer Tom DeLonge and published by The New York Times are of real ‘unidentified’ objects.

Gradisher also said “the ‘Unidentified Aerial Phenomena’ terminology is used because it provides the basic descriptor for the sightings/observations of unauthorized/unidentified aircraft/objects that have been observed entering/operating in the airspace of various military-controlled training ranges.”

The statement has now been corroborated with other media outlets.

In fact, prior to the impeachment media frenzy, Fox News had been following up with the Navy for additional comment on this amazing story.

Of course, some Americans are questioning if this shocking report wasn’t the real reason for the timing of the unfounded Ukrainian collusion allegations.

“It’s interesting that someone as shrewd as Nancy Pelosi, who has been against impeachment all along, would bring up impeachment of the President now, right after this UFO story came out,” said one DC intelligence community insider who asked to remain anonymous out of fear for his safety.

“And in looking at the impeachment story more, you find out the so-called whistleblower is possibly a CIA operative,” continued the source, “it doesn’t take too many coincidences in the swamp to start seeing the real cover ups.”

“My only question is, are they covering up extraterrestrial visits, or top-secret military testing operations,” concluded the source.

Others we talked to just feel relieved they might not be considered “crackpots” or conspiracy “nuts” any longer.

The simple fact is, if the US military is finally admitting to the existence of UFOs, the next logical step is to determine the reason why.

Are they just putting this statement out hoping it quells the recent push for releasing top-secret Navy files on the matter?

Or, is the Pentagon using this as a classic bait and switch, trying to keep people away from the real nature of UFOs, i.e. military tests.

One thing is sure; the military has now opened up a whole new line of questioning and may just wish they’d kept Americans on the “Darkside,” worrying about “All The Small Things” instead.