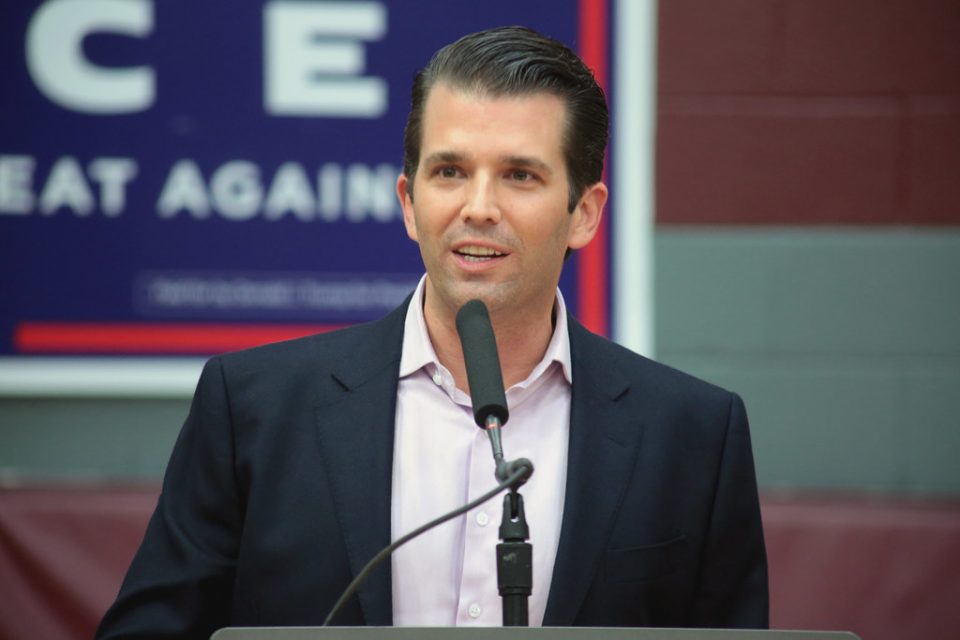 Censorship of First Amendment rights is an issue on college campuses nationwide.

While colleges and universities were once hot beds for free speech and student expression, now they’re nothing but leftist factories shutting down all conservative thought and speech.

And one college campus just proved they’re not only biased against conservative students, but intent on creating a hostile environment for any Republican.

A recent appearance by Donald Trump Jr. at the University of Florida drew massive protests from liberal students who claimed they objected to Trump Jr.’s “campaign rally” being held on their campus.

So-called student activists even started an admittedly bizarre movement when the event was first announced, #ChompTrump, which trended across campus media.

However, the reality was that Trump Jr. had merely been invited to be a “keynote presentation speaker” for an event covered by student funds.

During Trump Jr.’s speech, protesters gathered with signs and loudly chanted over him.

“The $50K nothing burger,” one protest sign read, with “Whopper Junior” written on its back side.

As Trump and Guilfoyle spoke, touching on the usual campaign talking points such as immigration and low unemployment, a small but vocal group of protesters shouted “Bull—-, bull—-.” Guilfoyle responded: “I bet your parents are so proud of you.”

…Trump, in his speech, referenced the Bidens. “What would happen if Donald Trump Jr. sat on a board of a corrupt Ukrainian company? Do you think the media would have a problem with that?”

Protesters responded by yelling “Lock him up! Lock him up!,” meaning Trump Jr., forcing him to pause the speech. This was followed by chants of “U.S.A.!”

When they died down, Trump said, “I agree, they should probably lock up Joe.”

But the conservative students were ignored as liberals were up in arms over the fact that Trump Jr. was brought to their campus at all.

Emily Hyden, one of the student activists, claimed the event was not for the students, but to placate the Republican donors in a swing state.

“It’s a pretty detailed strategy to pick the bluest area in North Florida and bring him here,” said Emily Hyden, a 20-year-old junior majoring in international studies. “They knew it would get a lot of attention.”

“Political interests are clearly being valued above students,” Hyden said.

The University of Florida later issued a statement, unsurprisingly, pleading their support of all political affiliations:

The University, in its statement on freedom of expression, has committed itself to ensuring that a wide variety of viewpoints are heard on campus as well as to protecting the First Amendment rights of all those in attendance,” UF said in a statement Wednesday.

“The University believes it is an essential component of its academic mission to foster an environment where divergent ideas, opinions and philosophies, new and old, can be rigorously discussed and critically evaluated.”

When a conservative speaker was chosen for this particular event, it was heavily protested and potentially threatening for Donald Trump Jr.

But when roles are reversed and a left-leaning politician is chosen to speak, there are no protests by either side.

Senator Bernie Sanders actively campaigned at the University of Florida in 2016 and spoke to over 8,000 without issue.

Bias against conservative groups is an issue ravaging college campuses — and one that will not stop unless someone takes action. https://deepstatejournal.com/2019/09/13/this-state-has-had-enough-and-is-fighting-back-against-college-censorship/

Hillary Clinton’s Handlers Stunned She Made This Major Mistake