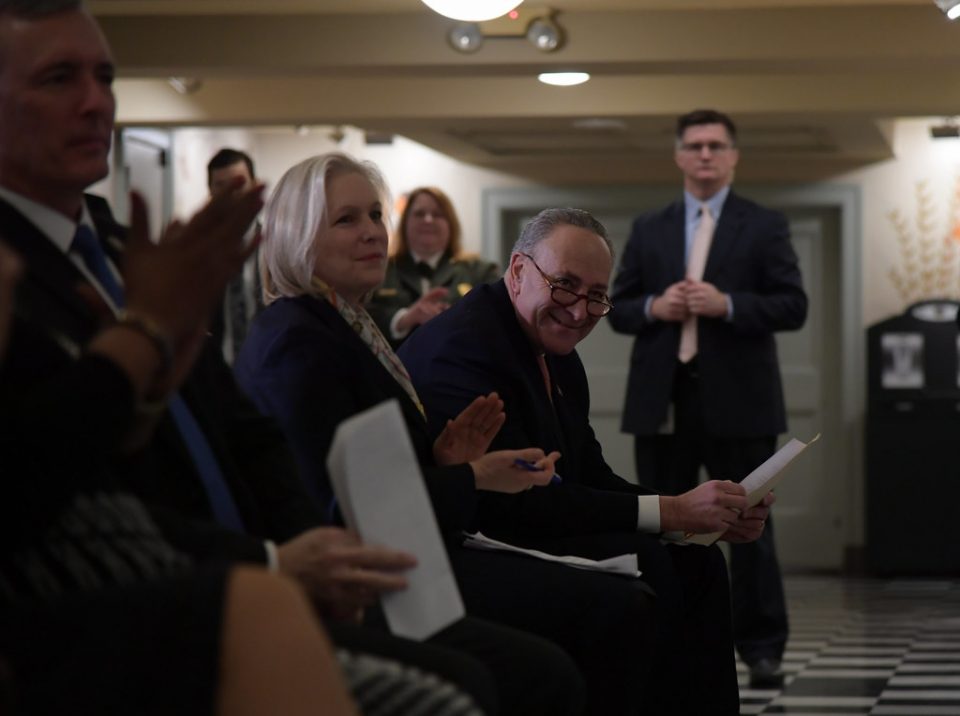 It’s been argued that the automobile industry fundamentally changed America into the country it is today.

The automobile industry opened up communities for commerce, the sharing of ideas, and greater opportunity, bringing us out of the industrial era and into the technological age we live in now.

But sadly, Chuck Schumer has an evil new plan that will end your freedom to drive your favorite vehicle.

But if Chuck Schumer has his way, there won’t be a single gas-powered car left by 2040.

Chuck Schumer is as serious about getting rid of the sound of a Corvette’s throaty V8 rasp as he is with eliminating the freedom of parents gifting their teenager with a used Ford Taurus.

And to him, it’s all fine and dandy because it’s all for the sake of “environmental progress.”

The first is, man-made global warming or “climate change” – as the progressive now call it – is not the direct result of Co2 emissions from automobiles.

More Co2 will never cause a rapid rise in global temperatures.

Secondly, it’s not wrong to do all we can to be stewards of the Earth and eliminate as much pollution as possible.

Acknowledging these two points means we can robustly criticize Schumer’s plans to increase taxes to achieve this goal.

Schumer wrongly believes that if the government were to pay some $45 billion out in subsidies and tax breaks, we could get every single gas-powered car off the road by 2040.

Schumer stresses that the science is settled – we need to take away Americans’ gas-powered autos.

“Scientists tell us that to avoid the most devastating effects of climate change; the world needs to be carbon neutral—to have net-zero carbon dioxide emissions—by midcentury,” he writes.

“At the moment, we are not remotely on track to meet that target.”

The way he plans to implement the shift is typical of Democrat thinking.

Raise taxes, then redistribute the money.

Schumer’s plan would get Americans driving electric in the following ways.

All Americans would get a $5,000 credit (low-income families would get a $7,000) for trading in their gasoline-powered cars for an EV (electric vehicle).

Over ten years, it’d cost the American taxpayers almost half a trillion dollars.

Not to mention, it’d strip people of the right to choose what car they wanted to buy – or not buy.

And just ask any gearhead what would happen if the government told them they couldn’t drive their 69 Camaro!