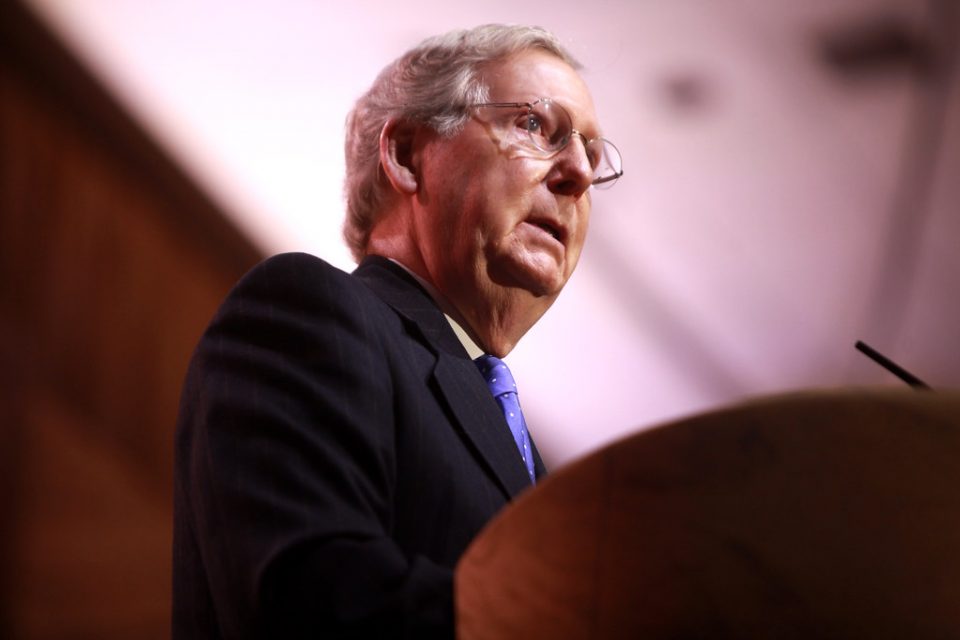 Over the course of the past few years, the general opinion on Mitch McConnell has changed like the colors of the leaves.

Today, many Republicans at least respect the Senate Majority Leader because he’s refused to let the Democrats play dirty games and get away with it, and they realize McConnell may be the last line of defense on a number of tough issues, including impeachment.

Sadly though, Mitch McConnell is worried sick the Democrats may have figured out how to beat him.

No matter how much you like Trump or how many good things he’s done since taking office, the truth is sometimes what he tweets can be taken out of context to make him look bad.

As many have argued, if he’d just stay off Twitter, things would be a lot easier for the President and the rest of the Republicans who support him.

That being said, he’s the President of the United States and he’s going to say what he wants, when he wants.

And this gives the Democrats ample opportunity to use his digital soundbites to paint a negative picture of him… even if they’re taking true statements and twisting them for their own perverted means.

Truth be told, there is internet fodder out there the Democrats can use to manipulate voters into thinking Trump isn’t someone they should re-elect.

Mitch McConnell realizes this, and he’s mobilizing other Republicans to fight off this new form of Democrat-manufactured fake news.

Some of the Republicans McConnell has tasked to help defend the President think maybe there’s an easier solution.

“I think it could be helpful to have a more professional, coordinated communications effort. However, you have to be very careful to not prohibit Donald Trump from being Donald Trump and that’s the risk you run when you start institutionalizing these things.”

He continued, “The reason it’s difficult is sometimes he changes in midstream and when that happens you find yourself out on a limb that has suddenly been cut off,” he said. “The lack of that sort of institutional discipline does make it more difficult for the rest of us, if you will, as we’re trying to carry his message.”

Even though there’s truth to what Cramer said, there’s no escaping the fact that Trump’s willingness to not take crap from anyone and call things the way they really are is what’s made him so popular.

We can only hope that voters aren’t fooled by the Democrats’ controversial edits of Trump’s tweets and speeches.

Utilizing the fake news media circuit, they’ve done a good job of it this far.

Now it’s up to the rest of the Republicans to dispel the Democrat lies and let people know that, while Trump may not be the most polished politician, he’s generally not wrong about just how corrupt the Democrats are.