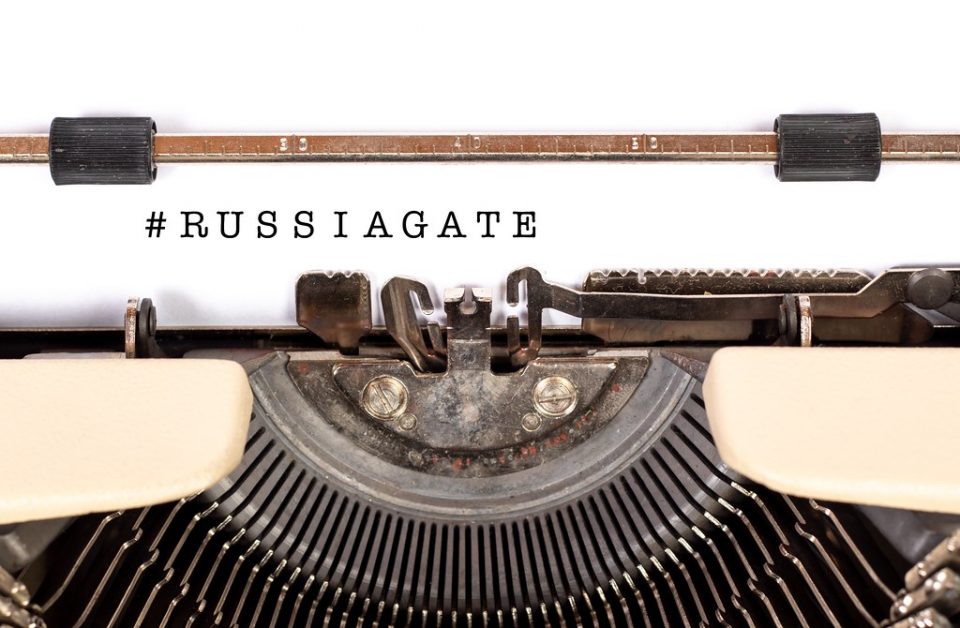 Donald Trump is the master of surprise attacks.

After a whirlwind of announcements surrounding the wars and US involvement in the Middle East, you’d think it would be impossible for Trump to have any more crazy moves up his sleeve.

But Trump just dropped the hammer on the evil Deep State operatives with this massive announcement.

It’s fairly obvious to anyone paying attention that the Deep State’s attacks on Trump are a last-ditch effort to overturn the 2016 election results.

Russiagate, Ukrainegate, and whatever else-gate that comes down the pike, are all the creations of a group of politicians and DC consultants who can’t stand the fact their candidate got beat.

Yet half the American population doesn’t see that at all.

But Trump’s recent announcement that the Department of Justice will be initiating a full-on criminal investigation into the origins of the Russiagate conspiracy is going to shatter the lives of the very people who tried to ruin Trump’s life.

“The Justice Dept. probe into the origins of the Russiagate fiasco is now an official criminal investigation, multiple outlets are reporting.

The department has turned the administrative review of Russiagate, including the surveillance of Trump campaign officials, into a full-blown criminal inquiry, which gives the prosecutor in charge of the probe, John H. Durham, the power to file criminal charges.

As good as it sounds, this will not be a cut and dry investigation.

There was an insane amount of cover-up involved with Russiagate and the other attempts to remove Trump.

So Durham and Barr will have to prove beyond a shadow of a doubt that the surveillance methods the Deep State used to spy on the Trump campaign were meant to harm Trump’s administration.

In particular, they’ll need to prove that the FISA warrants and any intelligence foreign countries collected on US citizens for US intelligence were obtained unethically and even illegally.

If they do, then they’ll have no issues showing the unbelieving half of the United States that the Deep State was behind one of the worst political hits in the history of modern America.

No doubt there are dozens of high-profile politicians feeling very nervous about the criminal investigation.

Within a few weeks, their dark deeds will come into the light.

“That’s bad news for a lot of people who have been flailing about, insisting there’s no reason they should be investigated…We’ll have to wait to see what the next moves are, but a lot of people are going to be sweating a little more profusely tonight.”