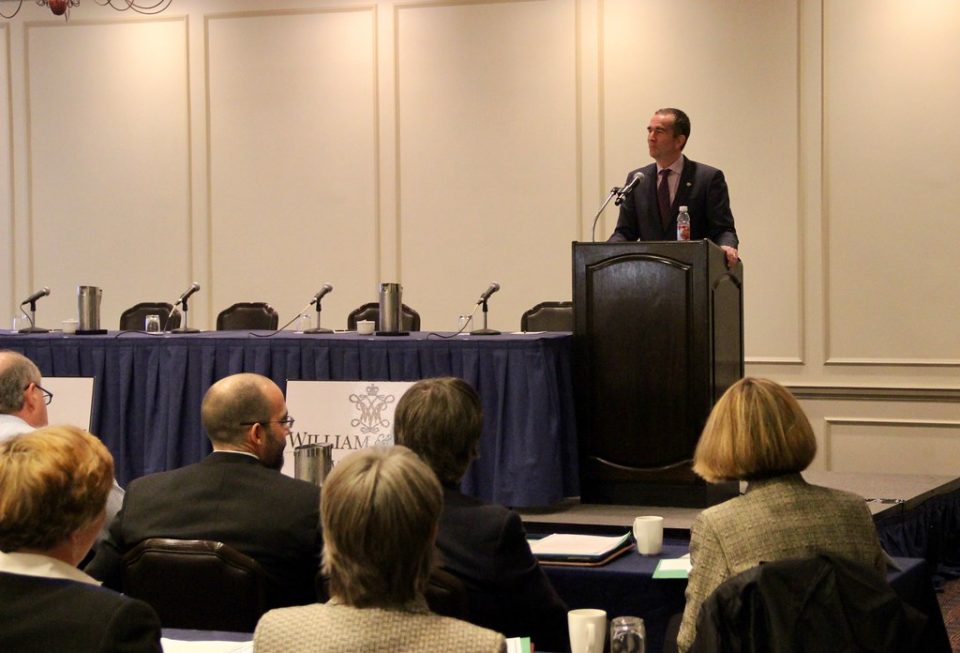 The disgraced Virginia Governor has been trying to soft shoe his way out of yet another gaffe on gun policy.

He can’t seem to even get his own administration and party to agree on a policy regarding gun confiscation.

And now, Governor Ralph “Blackface” Northam is furious that police just said this on guns.

The coming battle over guns in the Commonwealth of Virginia is shaping up to be the biggest fight since the War between the States, known to most as the Civil War.

This past November Democrats swept the State Senate and House of Delegates completing their total control over the once proud Commonwealth.

Virginia’s Governor, Democrat Ralph “Blackface” Northam is known for his lying about whether he was the guy in blackface or in a KKK outfit in an old college photo.

He is more disgustingly known as the governor, and OB-GYN who would kill children AFTER they are born.

Now, the KKK governor is becoming known as the latest Democrat Governor to threaten to confiscate guns from law abiding gun owners.

And, if things continue down the road the Democrats seem to be walking, he will be known as the governor who brought a second Civil War to the Old Dominion.

Legislation has already been introduced to ban so-called “assault weapons” but Democrats, who don’t know a shotgun from an uzi seem to be having trouble coming up with an actual definition of an assault weapon.

And some Democrats are pushing the idea of literal door-to-door confiscation of weapons such as disgraced former presidential candidate Beto O’Rourke.

There is even legislation introduced that if passed would immediately dismiss thousands of law enforcement officers who refuse to unconstitutionally confiscate weapons.

Democrat Delegate Lee Carter of Manassas, a self-avowed socialist, introduced HB 67 which would terminate and make ineligible for any future law enforcement position any member of law enforcement who “willfully refuses to perform the duties of his employment.”

This bill, like many socialist ploys, may at first glance seem reasonable, but it was filed just days after Gov. Ralph Northam warned sheriffs and cops in the more than against the 135 counties and municipalities that have adopted Second Amendment or Constitutional sanctuary resolutions.

Northam threatened that any sheriff’s department or police department that doesn’t agree to carry out his unconstitutional order would at the very least see their funding slashed or even their law enforcement authority revoked.

And there have even been calls to call in the National Guard to both arrest law enforcement officials and to conduct the door-to-door confiscation efforts.

But, in addition to the explosive 2nd Amendment sanctuary movement, there is other good news in the fight to defend the Constitution from the Democrats.

A call by Democrat Congressman Don McEachin (D-VA 4) to use the National Guard was quickly rejected. A statement by the Adjutant General of the Virginia National Guard denied any such effort.

Additionally, Culpeper County Sheriff Scott Jenkins made it clear his department will not follow any new gun laws they believe to be unconstitutional.

And a recent article in Law Enforcement Today by a current Virginia police officer makes it very clear that at least the police he knows will never enforce unconstitutional gun laws.

“I work in civilian law enforcement. I am also a veteran.

I work with many veterans, some of whom still serve in the reserves or National Guard. In both oaths, military and civilian, we all swore to defend and uphold the Constitution of the United States.

We did not swear to obey a tyrant or dictator,” the officer, writing as LT said.

He continued, “In many ways, law enforcement IS the best defense against a tyrannical government. I mean just look what Virginia sheriffs have done.

When the governor spoke out of turn, they told him to pound sand before any bills have even passed.

So let’s stop all the boogaloo talk and just stand together.

Cops aren’t coming to your door for your guns.

It just isn’t going to happen.”

Governor Blackface had better be careful or it won’t be him going after gun owners but will be the citizens of Virginia coming after him.

Already there is a petition to recall the Governor, which has over 31,000 signatures in just a short time period.

Joe Biden Does It Again. Offends These Two Major Professions in One Statement