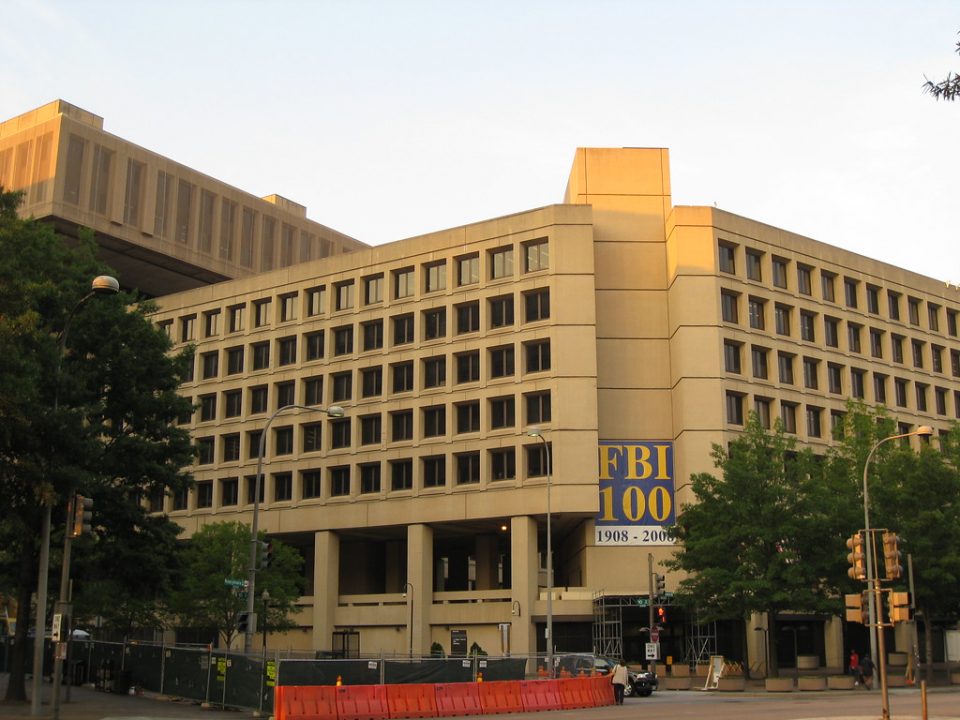 Rumors of a massive, unconstitutional FBI domestic spying program have been around for years.
Past evidence has linked DOJ officials, FBI agents, and IRS directors to the Obama administration’s efforts to shut down conservative groups.
Now according to some new reports, Donald Trump wasn’t the only American the FBI illegally spied on.
Ever since the passage of the misnamed “Patriot Act” after the horrible 9-11 attacks, domestic spying on law-abiding Americans has been a real fear.
And with the expansion of the arguably unconstitutional FISA courts, those fears have only grown.
In fact, time after time we have seen evidence of an out-of-control federal government working to harass, investigate, spy on, and imprison law-abiding Americans.
And usually for no other reason than a pro-gun bumper sticker, a membership with a conservative group, or support for a political candidate.
Remember the “anti-terrorist” government fusion centers that named Ron Paul supporters as likely domestic terrorists?
Or how about the now disgraced left-wing Southern Poverty Law Center and their list of political groups they deemed as “racist” — a list used by the Obama administration and some state governments.
The government, of course, has tried to dismiss these fears, yet a Deep State cabal of employees in the Department of Justice, CIA, IRS, FEC, BATF, and even the EPA, continue to roam free.
And now, some new evidence uncovered by Freedom of Information Act (FOIA) requests made by Patrick Eddington of CATO Institute reveals that the fears of FBI domestic spying are well-founded.  Eddington has filed multiple FOIA requests with the Department of Justice since early 2019.
It turns out that in more than 20 of the FOIA requests, the DOJ is refusing to confirm or deny whether they’re collecting national security data or intelligence on American media outlets, political, educational and lobbying organizations, and even charities.
Not surprisingly, the list of 23 organizations are overwhelmingly libertarian and conservative groups, immigration policy groups, and organizations dedicated to upholding the Bill of Rights.  In a January 7th media press release by CATO, Eddington said:
“This type of response raises the troubling possibility that certain domestic public policy and advocacy groups may have been targeted for unconstitutional surveillance or information gathering by federal authorities.”   The CATO Institute itself is among the 23 organizations likely targeted for surveillance by the federal government or rogue departments within the DOJ.
Another organization of note is Campaign for Liberty, founded by Dr. Ron Paul after his 2008 presidential run.
Of course, we here at Deep State Journal are well aware of the DOJ’s attacks on organizations and individuals connected to Ron Paul, Rand Paul, and the liberty movement in general.
While the DOJ’s refusal to respond does not prove illegal activity against these groups, it’s a strong indicator that such activity likely occurred.
According to Eddington:
“Had we received such responses for every FOIA request submitted on a domestic organization, we might assume that DOJ was trying to narrow the scope of the FOIA or to frustrate broadly the spirit of the law. To date, however, the responses have been selective.”  “Courts have yet to define the extent to which the FBI or any other federal agency can refuse to confirm or deny surveillance or data accumulation activities in connection with a domestic group or a media organization,” continued Eddington.
“But regardless, no federal agency should be collecting data on any domestic groups on the basis of constitutionally protected activities.”  Eddington also said he will be sharing this information with all 23 organizations.
Expect a lot more to come of this vital issue in coming weeks.

Ron Paul Made This Horrifying Prediction About A Deep State Coup