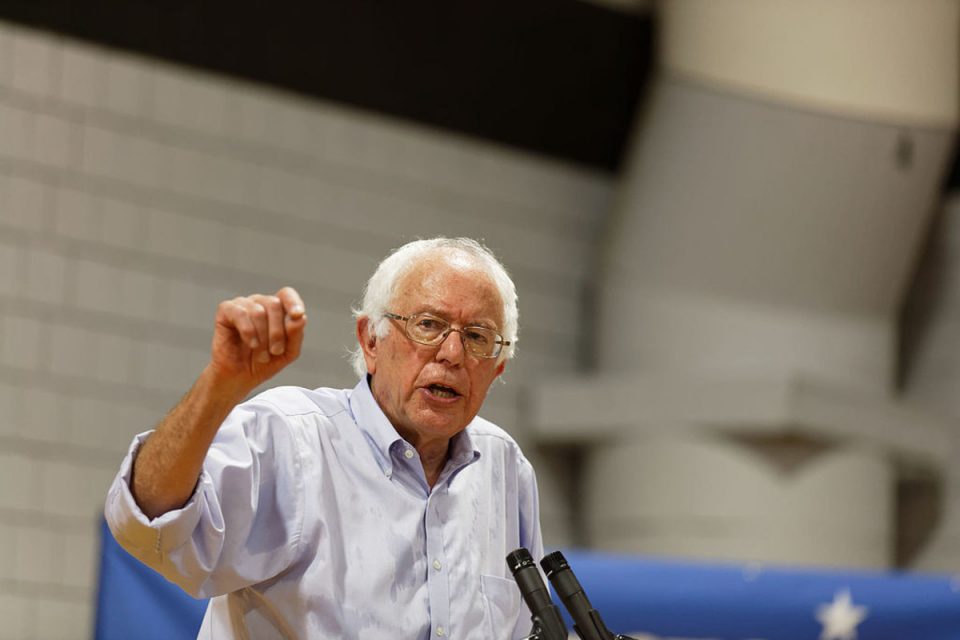 So far billionaire gun grabber Mike Bloomberg’s billions in ads don’t seem to be making a dent in the socialist Sanders juggernaut.

And Creepy Uncle Joe Biden continues to shock the Democrat establishment with his jaw-dropping gaffes putting his very mental well-being into question.

That’s why the Deep State is in a real panic as Biden stumbles and bumbles while Sanders surges in poll after poll.

Former Vice President Joe Biden was the Deep State’s “lock” to get the Democrat nomination for President and then easily defeat Donald Trump in November.

He would then restore some “order” to the swamp, giving Deep State government workers the breathing room they so crave.

But a funny thing happened on Joe Biden’s way to the top of the D.C. Swamp.

First, of course, there were the “Creepy Uncle Joe” Biden reports. It seemed he just couldn’t keep his hands off of women, young women, old women, married women, single women, and even little girls.

Then the stories started coming out about the Biden family’s impressive fortunes, all built through years of turning Joe’s political power into financial windfalls for his brothers, sister and of course his wayward son Hunter.

Hunter’s activities while Papa Joe was Vice President are now legendary. From the Ukraine to the Middle East, from China to Arkansas, Hunter traded on his father’s name to earn millions.

But what really has Biden’s supporters stunned, and the Deep State so worried, is his continual gaffes.  And not just minor ones.

At the South Carolina debate, he claimed emphatically that more than 150 million people have been killed by gun violence in the United States since 2007.  That’s half the population of the country.

But that “slip” followed by just a few days of his rambling, confused and very sad speech where he very boldly and proudly announced he was running for U.S. Senate. Well, it was even worse than that, so here it is in his own words.

“My name is Joe Biden. I’m a Democratic candidate for the United States Senate…if you don’t like me, you can vote for the other Biden.”

Senate?  The other Biden? No wonder South Carolina Biden supporters and Deep State operatives sat stunned. They were literally watching their candidate turn the nomination over to a Socialist.

Sadly, these latest gaffes by Biden are just the latest in a long, long list of such statements this campaign season. The continual problems have caused some close to the Biden family to fear for his health and wonder why he is still out there on the campaign trail.

This has left the door wide open for Sanders, who now trails Biden by less than 5% in the latest South Carolina polls.

And Sanders is coming off his stunning victory in Nevada where his activists used the caucus system to their advantage to take a huge lead in the delegate race.

This is all despite Mike Bloomberg’s billion-dollar ad campaign to “buy” the presidency, just as he claimed during the South Carolina debate that he “bought” the Democrat majority in the U.S. House.

Nevada probably was the beginning of the end for the Pete Buttigieg campaign, as the Democrats head into the more conservative states on the calendar, if there are any conservative Democrats left that is. But regardless his star seems to be fading fast.

And as Sanders continues to sweep delegates, it is hard to see Senator Elizabeth Warren (D-Mass.) continuing past March 3rd. While she had a good debate, and really took it to Michael Bloomberg, she just can’t compete with Sanders’ “genuine socialism” after being found in multiple lies about her heritage, her family and even her beliefs.

With the demise of Biden and the end of the rest of the “lesser” candidates, it’s now a bare-knuckles fight between Bloomberg and Sanders.

And one thing is for sure, Michael Bloomberg has no concerns about spending more than a billion of his own money to continue his race for the White House, and appears willing to go toe to toe with Sanders in key states.

If, as expected, he ups his game in the next debate and after Super Tuesday, he can stay in until the convention.

That would leave him as the last chance to stop the Sanders’ Socialist surge and save the Deep State from utter disaster this November.