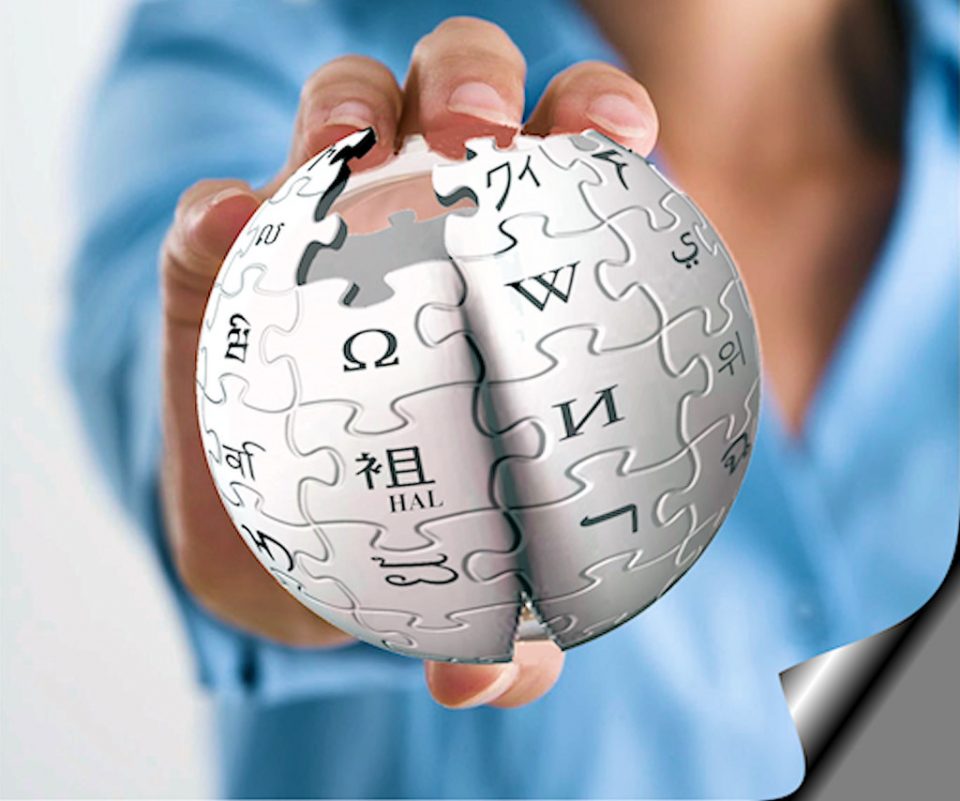 Can we really believe anything on the internet nowadays?

How many times did you see that meme of a younger Donald Trump that claimed he said during a 1998 interview with People Magazine, “If I were to run, I’d run as a Republican. They’re the dumbest group of voters in the country”?

It wasn’t true. It was all made up to fit an anti-Trump narrative. But it has never stopped. And Wikipedia was just exposed for perpetuating the same kind of liberal propaganda.

Have you ever heard that we’re living in a George Orwell novel?

People call it an “Orwellian Nightmare,” which refers to his infamous dystopian 1949 novel “1984” about a Socialist future.

The story takes place in an imagined future, the year 1984 when the government has enforced overwhelming surveillance, historical denialism, state-run propaganda, and the ruling party employs the “Thought Police” to prohibit independent thinking.

Liberals want you to believe that President Donald Trump’s administration has enforced some of these tactics, but of course the opposite is actually true.

The mainstream media is so hellbent on demonizing Trump’s administration that they lie, or lie by omission, every day.

Lying by omission is intentionally leaving out important information or failing to correct a pre-existing misconception – a tactic perpetuated by leftists all the time.

And this is exactly what Wikipedia did recently when they deleted its list of “Scientists Who Disagree with the Scientific Consensus on Global Warming.”

What happened was a handful of Wikipedia editors allegedly voted to delete the useful and topical page.

The reasoning was asinine: “The result was delete. This is because I see a consensus here that there is no value in having a list that combines the qualities of a) being a scientist, in the general sense of that word, and b) disagreeing with the scientific consensus on global warming.”

But did you notice the operative word there? It was “I” – meaning there wasn’t a vote by the Wiki editors, rather, it was just one person who made an executive decision.

Also, what gives this editor the right to censor free speech like that? What kind of obnoxious virtue signaling, moral ineptitude, does this self-righteous person truly have?

The reality is that tens of thousands of scientists around the globe are skeptical of man-made global warming theories, including Dr. Richard Lindzen of MIT and Dr. Will Happer of Princeton University.

Both scientists are ridiculed by non-PhD liberals who call them “cranks” and say they “mislead” others with their scientific views.

But the effect this will have on researchers being able to trust an information source like Wikipedia is detrimental. How is someone supposed to formulate an opinion if they don’t have all of the facts?

Dr. Roger Higgs, who is a renowned geologist, has argued that the Earth is naturally cooling and has said before that, “Man-made global warming believers will by 2021 have to admit they were wrong and that CO2 is blameless.”

Regarding the Wikipedia issue, he had this to say, “His/her ‘consensus’ (ironic choice of word) is based on the online discussion among Wikipedia ‘Users’ at that site, each of whom was evidently asked to vote on whether to ‘Keep’ or ‘Delete’ the page. However, far from a consensus, by my count (please check it) there were 35 Deletes and 19 Keeps. What qualifies the Editor to dictate that 35 to 19 constitutes a consensus, and use that claim to justify deleting a key document on arguably the most important (and most expensive) global social issue since World War Two?”

Apparently, his PhD is worthless because he offers a different hypothesis on climate change. Get ready for liberals to demonize him as a “crank” too.