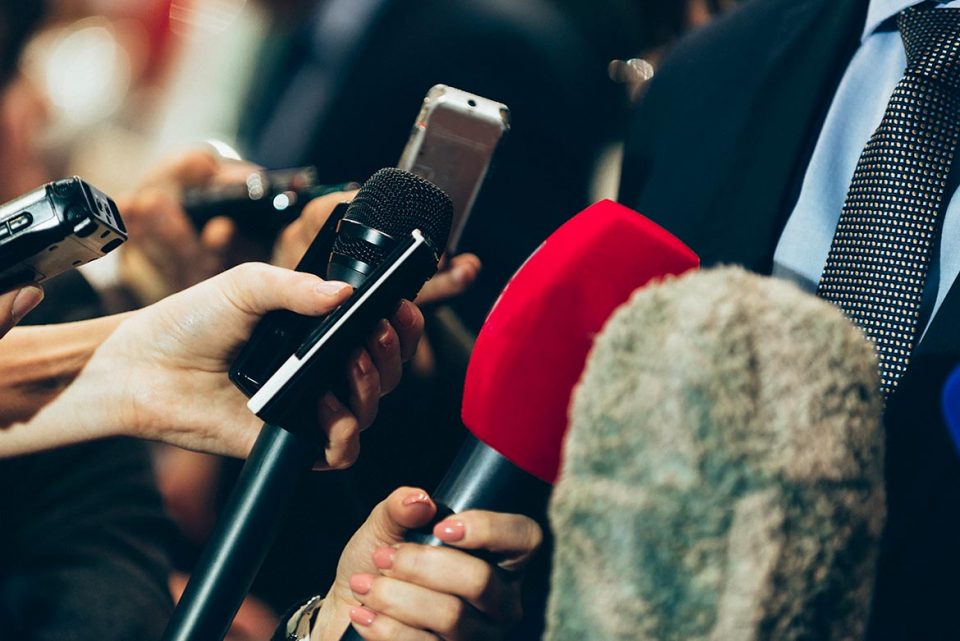 The Deep State and their PR firm, the liberal media, work tirelessly to destroy President Trump and conservatives.

They spend countless hours hidden in the dark recesses of CNN, MSNBC, The Washington Post, The New York Times, and the federal government to disrupt the nation and destroy the Constitution.

His election in 2016 was a shocking reminder that the American people still have some power.

One of the results of Trump’s election was that the liberal media finally took off their masks and revealed who they really are – a one-sided, leftist public relations firm controlled by the Deep State and Democrats.

And to make things worse for them never before has the nation had a President who was willing to stand up to the media and call them out for their lies and propaganda.

This has led to some very heated confrontations between so-called “journalists” and the President.

Last Sunday’s White House press briefing by the President on the Chinese coronavirus was no exception.

Once again, President Trump had to skillfully defend himself against the tired and boring ‘gotcha’ questions from the White House press corps.

Just a few of these “unbiased” questions were:

“Were you duped by President Xi?”

“Since most Americas believe you were wrong…”

“Why would you show a video in a time like this?”

But then the Deep State media took it further by asking the President, “Are you inciting violence by praising the reopen protestors?”

This question was in regards to the President’s tweet calling on residents of Virginia, Michigan, and Minnesota to “liberate” themselves from their leftist governors.

“Liberty” – the cornerstone of our great nation – was the word the Deep State and their media lapdogs were so horrified by.

Liberty is enshrined within our nation’s Constitution.

Yet, CNN, CBS, and the other Deep State mouthpieces just can’t stomach the idea of freedom and liberty. So they did the only thing they know to do – they attacked.

But President Trump was having none of it.

“You don’t have the brains you were born with…that’s why your ratings are so low,” Trump said. He also told CBS, “You should be ashamed of yourself.”

He simply cut off the reporters who tried to spout left-wing conspiracy theories instead of asking legitimate questions.

However, when Trump was asked about the FBI probes into his campaign, he did say, “The top of the FBI was scum…human scum.” He also criticized the FBI investigations of General Mike Flynn, Roger Stone, and Paul Manafort. He even hinted at an upcoming pardon for General Flynn.

As shocking to some as that comment was, the biggest explosion and media firestorm was over Trump’s calls for liberty.

Well, President Trump is exactly right in urging patriotic Americans to exercise their God-given and constitutional rights to free their states from the liberal tyrants who are using the coronavirus to seize power, take guns, kill babies, and even arrest mothers for being outside.