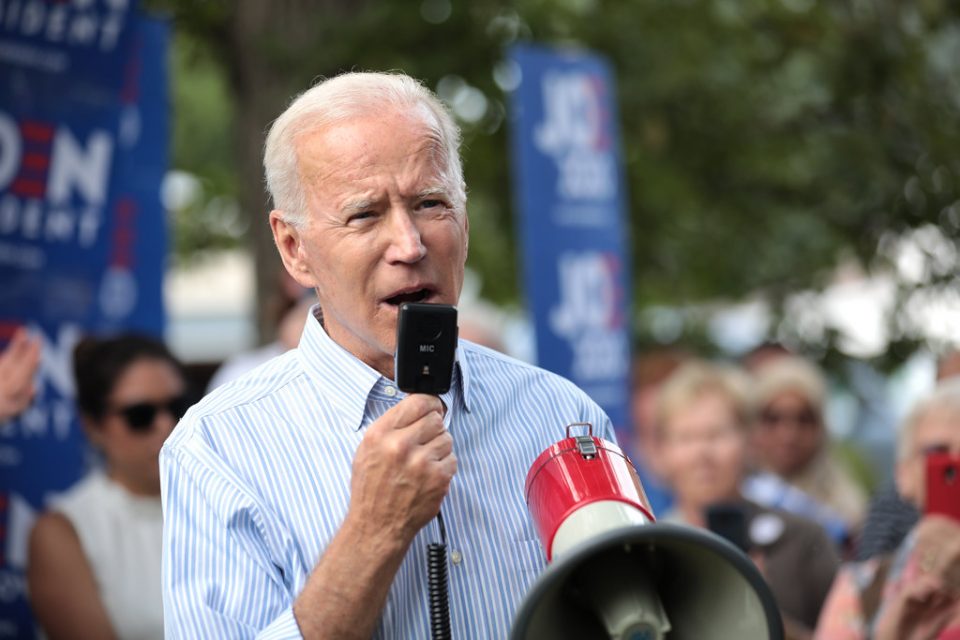 As Biden faces new sexual assault charges and questions over his mental competence, the Deep State is scrambling to figure out their next move.

And now, this former Clinton advisor just said something about Biden that has them panicking.

The Democrat nomination for President came down to two men.

The first was Bernie Sanders – an avowed socialist and millionaire with three mansions who espouses the ideologies of Stalin and Castro.

The second was Joe Biden – a former lifetime member of the U.S. Senate, former Vice President, and past presidential candidate who had to drop out of the race due to being caught plagiarizing and championing racist views.

But now, the Democrat bosses have decided that Biden – despite his racist views, his age, and the sexual assault accusations made against him – is their man to take on Trump.

However, that may all change if Dick Morris, a former advisor to Hillary Clinton, is right.

Morris has major doubts that the Democrat Party will officially nominate Joe Biden as their candidate to run against President Trump.

And in fact, Biden has not yet officially secured the 1,991 delegates needed to win the Democrat nomination on the first ballot.

Still, considering he’s the only candidate officially left in the race after socialist Sanders dropped out, it appears his coronation is all but certain.

But some pundits, including Morris, speculate that New York Governor Andrew Cuomo could be the choice of party elites and union bosses to launch a last-minute bid for the presidential nomination.

Cuomo’s national presence has been elevated for his brash and combative style in handling the coronavirus crisis and his national press exposure.

While Cuomo has laughed off any such talk, Democrat operatives like Morris aren’t so convinced Cuomo hasn’t given it a lot of thought.

Morris also said he plans to put Cuomo down as his write-in on his presidential ballot. As a longtime skeptic of Biden, Morris questioned Biden’s mental state in March and has said he doesn’t think Biden can beat Trump.

While the talk of a write-in effort is laughable since there is no path to victory there, the simple fact that staunch Democrats like Morris are so openly questioning Biden’s chance at beating Trump is sending shockwaves through the Deep State.

As one long-time political observer put it during a phone call with Deep State Journal editors:

“The Democrats, Deep State operatives and Never-Trump charlatans are facing a tough road ahead. It is looking more and more like their chosen candidate is mentally incompetent, possibly guilty of sexual assault, and still has his old racist rants to deal with.”

“That’s a trifecta of the elements guaranteed to bring defeat in November.”