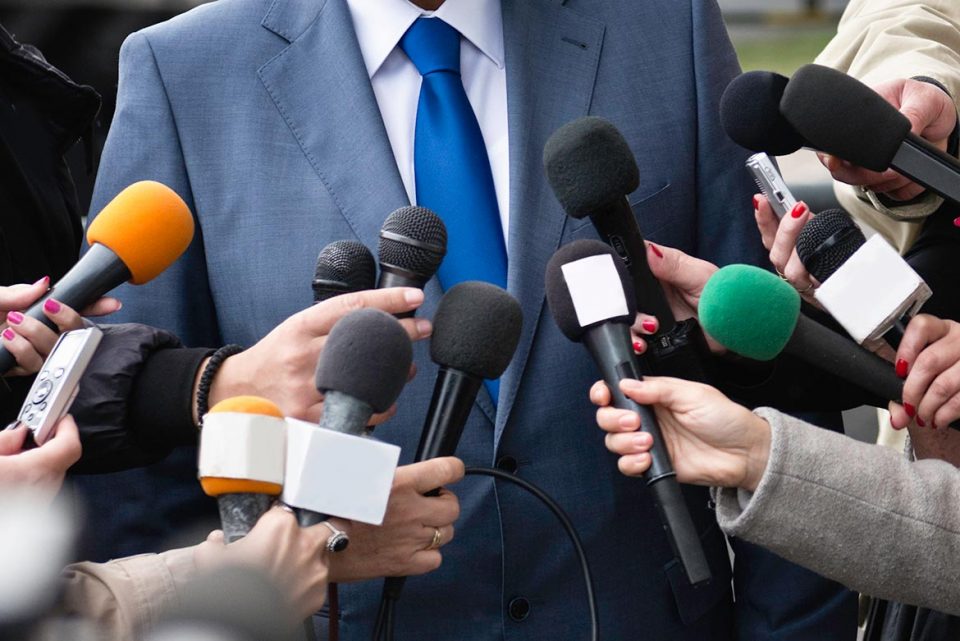 One thing we know for sure about the Democrats and their PR firm – aka the so-called mainstream media – is that their hypocrisy knows no bounds.

In the wake of a former senate staffer accusing Joe Biden of sexual assault, Democrats have decided to take a “wait-and-see” approach instead of believing all women.

In fact, one deep state “journalist” mocked Biden’s accuser and thinks she should “rot in hell.”

On the heels of winning the nomination, one of Biden’s former senate staffers, Tara Reade, came out accusing him of sexually assaulting her in the early 1990s.

Reade claims Biden “…had me up against the wall; he used his knee to spread open my legs” and “put his fingers inside me.”

When Reade pulled away Biden groaned, “Come on man. I heard – I thought you liked me.”

Sure, this allegation should be taken at face value. Afterall, it’s her word against his.

But following the alleged attack, Reade spoke about the incident to her mother, a neighbor, and a colleague.

In fact, there was an episode of “Larry King Live” back in 1993 where Reade’s mother had called into the show wanting advice about “problems” her daughter had experienced while working for a “prominent senator.”

In addition, Reade’s neighbor at the time, Lynda LaCasse, says she was told of the incident in 1995 or early 1996. And Reade’s former colleague, who chose to remain anonymous, says Reade discussed the incident with her in the early 90s as well.

It’s clear Reade has many people who can corroborate her allegations.

However, in a series of a whopping 32 tweets, Kurt Eichenwald – an author and journalist for the New York Times – unabashedly called Reade a “liar” who should “rot in hell.”

“This is going to be an ugly, angry thread. It’s going to be about rape, written by someone who was violently raped in the early 1980s. Tara Reade is a liar. I’m now certain of that beyond a reasonable doubt. Her attention-seeking or corrupt performance has demeaned people who have been actual victims.”

Eichenwald also accused “Bernie Bros and Republicans and Russians” of using Reade’s sexual assault allegations as “just something to exploit as a political tactic.”

Eichenwald added, “Not only should she be ignored in perpetuity, she should be condemned and – if she actually filed a police report recently – arrest her.”

The New York Times’ bestselling author then hinted at his own rape experience and based that as why he believes she’s lying.

“You either get to the point where you are able to discuss it – which I did only in recent years – and say everything you can, or you say nothing. You don’t make up a story that minimizes it when *no one asked.*”

That’s ironic because nobody asked him either.

But Eichenwald continued, “I literally hate Tara Reade. I do not know what motive or mental illness she has that led to this nonsense, but I know she is aware that this is a lie.”

Lastly, he had some words for Reade directly, “Please know: You will be getting the attention you so dearly crave, and hopefully it will be when you have your perp walk for filing a false police report recently. Real victims are also not toys for you to gain attention or political goals. Rot in hell.”

Not only is the party of “believe all women” strangely not believing Tara Reade – obviously because it’s Biden she’s accused – but Eichenwald brings attention to his rape to prove a point about not talking about your rape to get attention?

It doesn’t have to make sense. But you can be sure that the deep state media and the rest of the Democrats will cheer this self-aggrandizing tweet.