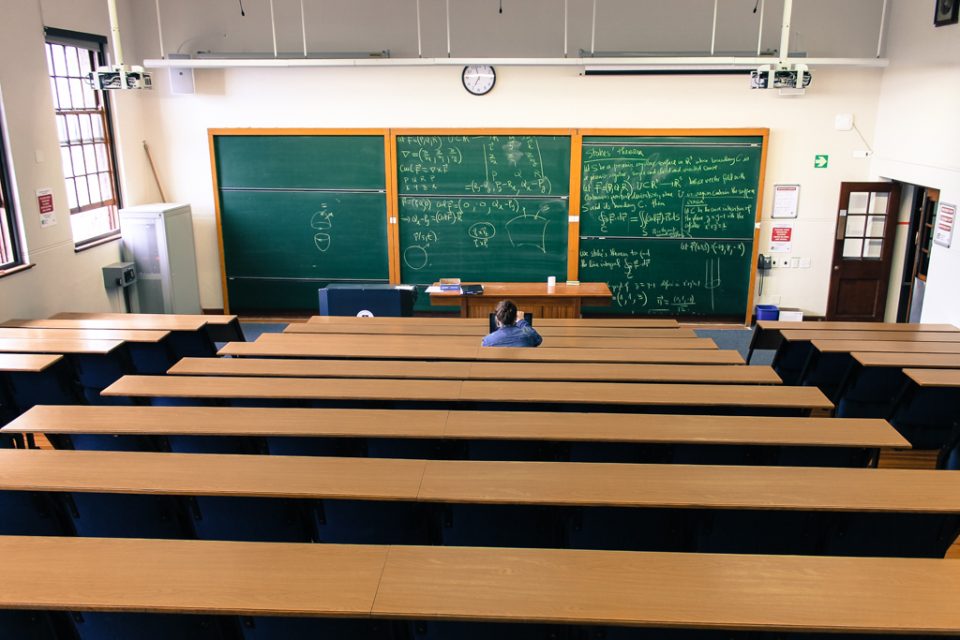 We have officially reached a major societal tipping point with intolerant leftists.

Vicious attacks against anybody remotely associated with, or a supporter of, President Donald Trump is the new modus operandi of the left.

And now it’s coming from one Columbia University professor who told a pro-Trump student to “drop dead.”

Mouths were agape on that fateful November night in 2016 when Trump won the presidency.

The liberals just couldn’t get a handle on their despair – so much so that it manifested into a newly-coined mental illness known as Trump Derangement Syndrome (TDS).

TDS is a product of deranged thinking and irrationality – even flat-out refuting reality in extreme cases – all because the left can’t wrap their heads around the fact that Donald Trump was a duly-elected president.

This resulted in several universities creating on-campus “safe spaces” for students overwhelmed with the outcome of the election. Famous memes of students bawling their eyes out and still circulate social media.

The concept of these safe-spaces became the evidence of what we already suspected – that universities are overwhelmingly liberal. And they’ve only heightened their demonization of conservative thinkers.

In fact, over the weekend, a Columbia University professor and deputy chair of the Political Science department, Jeffrey R. Lax, called a conservative college student a “neo-Nazi murderer lover” and told him to “drop dead” on social media.

The student, Gabriel Montalvo – who doesn’t even attend Columbia University, but Queensborough Community College – shared screenshots of Lax’s Facebook comments on a Twitter post, adding, “Professors and higher education establishments should be examples of the exchange of civil discussion, not cyber harassment & perverting a historic tragedy to push an agenda.”

Libel or stupidity? @Columbia is this behavior reflective of the college’s views? A Deputy Chair at your university is telling a supporter of @realDonaldTrump to go die over a difference of opinion? He then has the gall to call a U.S. Soldier a Nazi!? (1/2) pic.twitter.com/RbuYSvPqRH

Montalvo also told the New York Post, “I never met Jeffrey Lax in my life. I commented on a political cartoon, where I defended President Trump on how he’s handled the pandemic, that an old high school teacher posted on Facebook. Mr. Lax then attacked me… He responded very belligerently and at the end of his comment he asked me, ‘Why don’t you just drop dead, you Neo-Nazi enabler.’”

For a professor at one of America’s most elite universities to tell a Trump supporter – or anyone – to drop dead should be dealt with harshly and swiftly.

Unfortunately, these deep state universities are deeper than we could have possibly imagined.