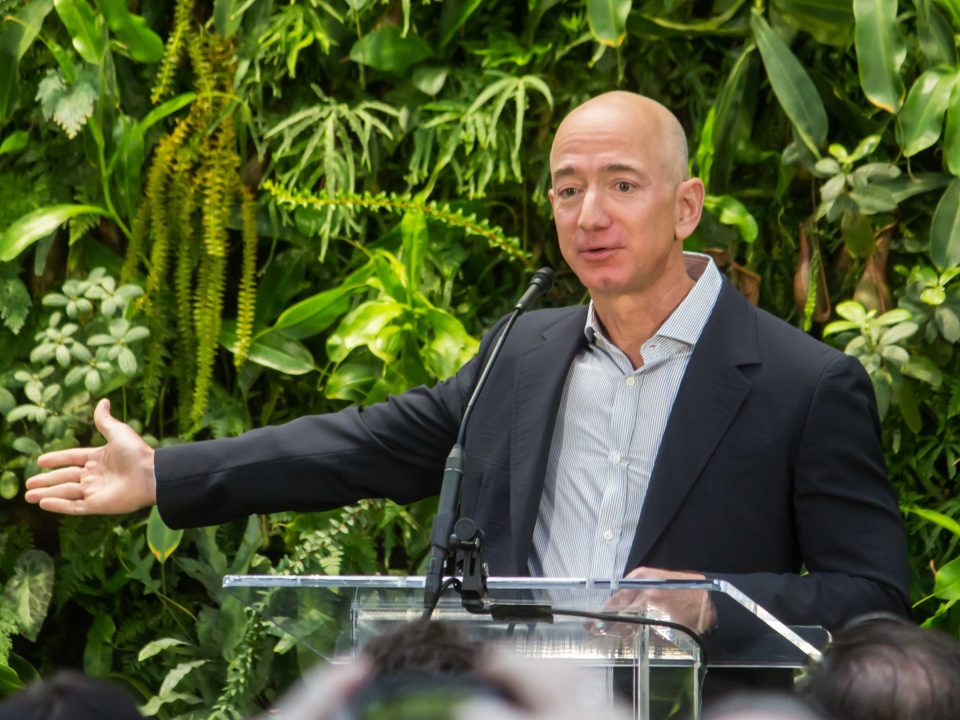 We all know liberal billionaire George Soros is the gas that keeps the deep state going.

Soros and his other leftist billionaire henchmen have one thing standing in the way of their Socialist utopia – President Donald Trump.

But what if I told you that this deep state billionaire is set to become the world’s first trillionaire and it’s not George Soros.

The global retail website Amazon wasn’t always what it is now. Amazon at first sold textbooks before becoming the number one e-commerce site in the world.

Amazon was founded by none other than billionaire Jeff Bezos, who started the company in Bellevue, Washington in 1994. Twenty-six years later, Bezos is officially the wealthiest man in the world with a current estimated worth of $145 billion.

And now a new business analysis report from USA Today confirms that Bezos will become the world’s first trillionaire by 2026 – considering his net worth has grown by an average of 34-percent over the last five years.

In addition to owning Amazon and dozens of Amazon subsidiaries, Bezos also owns the big daddy of liberal newspapers, the Washington Post.

And although the newspaper has always been liberal – stemming back from when journalists Bob Woodward and Carl Bernstein exposed the Watergate scandal – at least they had good journalists who respected the ethics of journalism.

Bezos transformed the Washington Post from a leftist annoyance into a full-blown propaganda machine that spreads fake news about President Trump and his administration – with zero oversight.

The soon-to-be trillionaire has supported the electoral campaigns of Senator Patty Murray and Maria Cantwell and has donated funds from Amazon’s political action committee (PAC) to Democrats for years.

This is a guy who was asked to join President Trump’s Defense Innovation Advisory Board to advise the Defense Department on new technologies.

Bezos declined the position because, apparently, he’s unfamiliar with the scene in “The Godfather II” when Michael Corleone says, “Keep your friends close but and your enemies closer.”

But Bezos is making hand over fist right now due to the worldwide lockdown and non-essential businesses being closed.

Yet, we recently learned that after raising wages at the beginning of March, Amazon plans to reduce its warehouse workers’ pay by $2 an hour.

Dave Clark, Amazon’s senior vice president of worldwide operations said, “We’re going to do one more extension on it and push it out until the end of the month.”

Amazon also cut a policy that allowed workers to take unlimited amounts of unpaid time off if they felt unsafe coming to work during the pandemic.

One Amazon employee told The Guardian: “Now they’re forcing people to go to work because if you run out of unpaid time off, that’s it, you’re fired.”

It’s strange the Democrats aren’t calling out soon-to-be trillionaire Jeff Bezos for this. After all, won’t he soon be the one-percenter of all one-percenters?