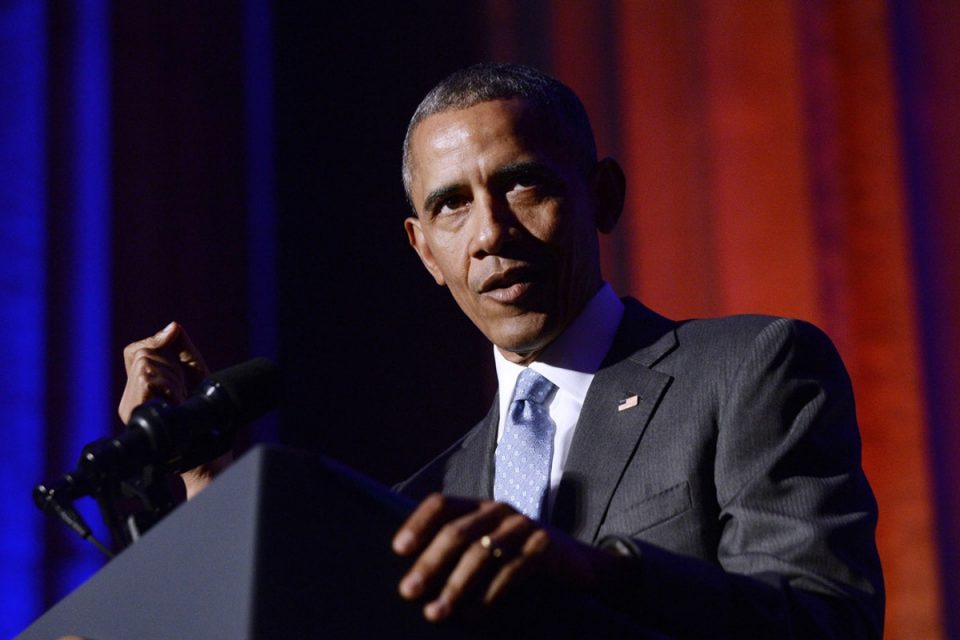 Most readers are well aware of Wikipedia, the online information place where you can find almost anything, and anyone.

Wikipedia is THE global online encyclopedia that is updated daily to reflect any new incoming information. Instead of waiting for the next Encyclopedia volume, just visit the most comprehensive database of information on the whole Internet.

And we just found proof that Wikipedia is a big part of former President Barack Obama’s deep state.

As the character Michael Scott from the hit TV show “The Office” said; “Wikipedia is the best thing ever. Anyone in the world can write anything they want about every subject so you know you are getting the best possible information.”

While funny, it is also sadly true.

But you wouldn’t think the online encyclopedia would have any sort of agenda or political bias, but that couldn’t be further from the truth because the individuals in control of the information have both.

For example, Wikipedia recently deleted a comprehensive list of “Scientists Who Disagree with the Scientific Consensus on Global Warming” on one of their pages regarding supposed human-induced climate change.

Wikipedia’s asinine justification for deleting this; “The result was deleted. This is because I see a consensus here that there is no value in having a list that combines the qualities of a) being a scientist, in the general sense of that word, and b) disagreeing with the scientific consensus on global warming.”

However, the reality is tens of thousands of scientists around the globe are skeptical of man-made global warming theories, including Dr. Richard Lindzen of MIT and Dr. Will Happer of Princeton University. Both of those scientists have been ridiculed by their peers, calling them both “cranks” or how they “misled” with their scientific opposition to climate change.

Wikipedia’s employees believe in manmade climate change so therefore opposing views will not be recognized. Do you see the liberal agenda here?

But now we have a new reason to suspect Wikipedia as a cog in former President Barack Obama’s deep state machine.

Wikipedia co-founder, Jimmy Wales, is an unapologetic President Trump-hater and made his voice heard on the record in an Economic Times interview where he called him a “lunatic.”

Wales said, “President’s power does not extend to threatening or shutting down social media platforms. But we should fear this in every country. Worst case scenario is that platforms don’t have the courage to tell Trump to go away, that they begin to adapt policies to his whims because he is a lunatic.”

The 53-year-old Wikipedia co-founder was of course referring to the tiff between President Trump and Twitter that escalated over two posts the company flagged for “misinformation” while expressing widely held concerns about mail-in voting.

The “fact check” link, which urged users to “get the facts about mail-in ballots,” directed users to a Twitter “moment” — a collection of links and tweets, handpicked by Twitter employees.

The “moment,” intended to fact-check Donald Trump, was loaded with links to established deep state media conglomerates like CNN and the Washington Post, baselessly asserting that Trump was lying on the subject. That was the first time a social media platform branded one of Trump’s tweets as misinformation.

Wales should be embarrassed for calling President Trump a “lunatic.” Maybe if the playing field was even for free speech from liberals and conservatives, then we wouldn’t be in this predicament in the first place.