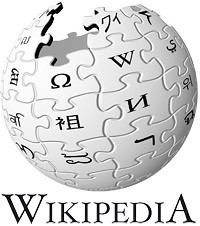 We’re just finding out that Wikipedia – the global online encyclopedia – is a huge part of Obama’s Deep State machine.

And now we’re learning that Wikipedia is an even bigger part of the Deep State narrative than originally imagined.

The amount of propaganda spread on social media is enough to make you stay away forever.

Twitter, Facebook, and virtually every other social media platform have become cesspools of liberal propaganda. The powers that be at these Big Tech companies control the narrative whether you like it or not.

Twitter started “fact checking” President Trump’s tweets about mail-in voter fraud and labeled another tweet as “glorifying violence” when Trump called for an end to the rampant rioting and looting plaguing our country right now.

Now the editors for Wikipedia are referencing articles about the death of Minneapolis native George Floyd to attack the President.

Journalist T.D. Adler said, “Editors have unduly favored comments criticizing Trump or America, even uncritically repeating attacks from authoritarian governments such as China and Iran, and emphasized police violence over violence from protestors, including Antifa. Such efforts have extended to pushing claims of ‘far-right’ involvement.”

In fact, the Wikipedia editors worked in cahoots with one another to create a “BlackLivesMatter” group to influence the narrative about police violence and race relations.

Conveniently, editors have removed or have minimized the mention that President Trump and Attorney General William Barr recently labeled Antifa as a terrorist organization.

Editors also took the step of creating entire articles dedicated to the comments or actions Trump has made in response to the unrest. One article focused on the phrase “when the looting starts, the shooting starts,” which Trump used when he called for the deployment of the National Guard to contain the violence in major cities.

The article has been approved to appear on the front page of the Wikipedia page – a tactic editors have used to smear Trump in the past.

For example, one article featured by Wikipedia attacks the way President Trump shakes hands and calls his handshakes “unusual” and “awkward.”

What kind of encyclopedia information is that?!

But the reality is most – if not all – of Wiki’s editors have a history of promoting left-wing bias.

So, just don’t believe everything you read on Wikipedia. In fact, just stay away from it entirely.