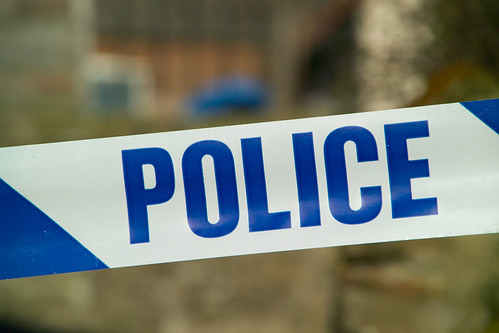 A fifth grader and his mother were shocked and scared when police showed up to their home on June 1st.

And they were furious when they found out why.

It turned out police raided their home because a school principal saw this thing during an “online class.”

With all the concern and outrage over police tactics and abuse of power, you would think they’d be more careful in their approach.
But as one Baltimore County mother found out, that’s not the case.

A police raid on their home all started with a busy-body school principal who saw a BB gun inside their residence during an online school session.

You read that right. A BB gun.

Seems the principal, who clearly has nothing better to do during the government-forced lockdowns, decided BB guns aren’t acceptable.

Even worse, this principal is also claiming that the student violated the school’s gun policy because virtual classroom learning is now considered “school.”

The Baltimore County family is warning other parents about this terrifying incident and it is raising concerns nationwide over children’s privacy and safety in the new, bizarre era of online learning.

The student’s mother, Courtney Lancaster, is a Navy veteran who has extensive knowledge of guns, how to use them, how to store them, and what is a firearm and what is a BB gun.

Her 11-year-old son, a fifth grader at Seneca Elementary, is a Boy Scout and does indeed own BB guns.

“He’s just a very intellectual child, but he’s all boy as well. He loves to be outside and play and ride his bikes and that sort of thing,” Courtney told Project Baltimore.

In her son’s pursuit of Eagle Scout, Courtney says he has learned how to shoot both a BB gun and an airsoft gun.

He’s also taken archery lessons and stores his bow, BB guns, and airsoft guns on a wall in his bedroom. It had never been a problem until police pulled up outside her house.

The police showed up, “and then explained to me that he was here to search for weapons, in my home. And I consented to let him in. And then I, unfortunately, stood there and watched police officers enter my 11-year-old son’s bedroom.”

“I felt violated as a parent, for my child, who’s standing there with police officers in his room, just to see the fear on his face,” she said.

The police were in her home for about 20 minutes and found no violations. No laws were broken and no dangers present. They left without any further action.

Since June 1, Courtney has written school administrators, the superintendent, and the school board demanding answers as to why this happened.

The principal initially told her showing a “weapon” in a virtual classroom was the same as bringing a gun to school.

“It’s absolutely scary to think about,” Courtney said. “Who are on these calls? Who do we have viewing your children and subsequently taking these screenshots that can be sent anywhere or used for any purpose?”

Now, she worries about the future of virtual learning without clear policies put in place.
And we should all be equally worried.