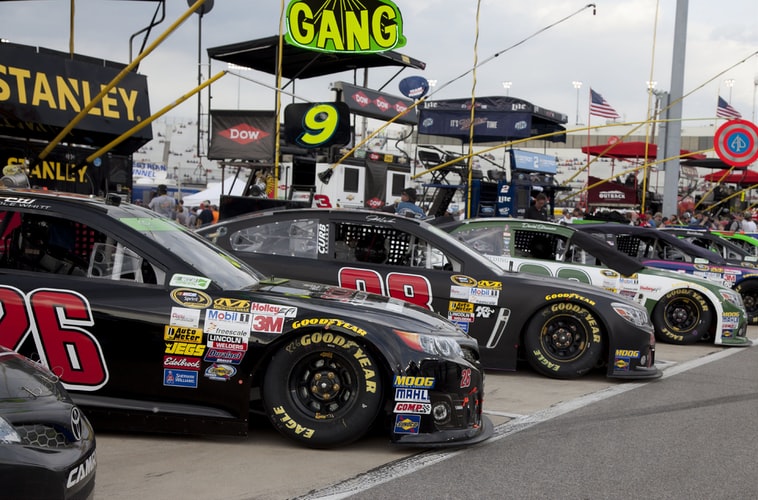 The once-proud sport has been on the decline for years, but the latest actions taken by NASCAR’s “governing body” have all but sealed its fate.

While some blame the Chinese coronavirus or “racism” for the sport’s last gasps, the truth is much worse.

The Deep State has officially taken over NASCAR, causing fans to desert the beloved sport by the thousands.

The recent issues in NASCAR have nothing to do with racism, as some would like to claim, but rather they have to do with a sport that’s been on the decline for years.

More specifically, it has to do with an anti-Southern culture – a New York City, Madison Avenue, Hollywood way of thinking that’s been taking over the sport in the last few decades.

It’s a purposeful marketing strategy that hopes to attract a more “diverse” fan base while ignoring – if not degrading – its current fan base.

Take for example the below excerpt of an email sent to NASCAR earlier this week in response to NASCAR’s plea to buy tickets:
“Are you kidding?  After accusing me and everyone in the NASCAR community of being bunch of racists – and refusing to apologize or even fake embarrassment, you are now asking me for money??

I’ve been attending NASCAR races for 27 years.  I’m done.  Most of the people I know who used to love NASCAR have been done for a while.  The few friends who were still watching and attending now are done too.
I hope you enjoyed your 15 minutes of infamy on ESPN.  You can sell my tickets to LeBron James.”

This is the anger and outrage NASCAR has been hearing from former fans ever since it banned the Confederate flag – and then when that backfired, tried to create a “noose” controversy concerning black driver Bubba Wallace.

NASCAR officials, of course, knew all along it was not a noose but a garage door pull-down that had been there for at least 3 years.

But in their corporate, glitzy way of thinking, they decided to use the supposed racist display to receive the most media attention they’ve received in years.

Nevermind that by doing so, they offended a large core group of fans, then were forced to backtrack when an FBI investigation proved it was all a hoax – only to double down by requiring mandatory sensitivity training, so as not to hurt the feelings of garage doors I guess.

But this is about more than racing cars, Southern culture, or black drivers. This is about the literal Deep State efforts to take away everything the left doesn’t like.

And the left hates cars, the South, loud noises, beer, and fun.

That’s why they’re destroying NASCAR, closing beaches and bars, forcing people to wear masks, and shuttering small, family-owned businesses all across the country.

And it’s why they are working to rename everything they don’t like and tearing down statues of everyone from Robert E. Lee to Abraham Lincoln.

Unless the American people wake up soon and fight to take back our nation, it will be too late.

As a long-time NASCAR fan, I find the death of the sport very sad.

But I find even sadder what I know it means for the rest of the nation.

We here at Deep State Journal will be working on a series of articles over the next few weeks regarding the destruction of our Southern – and American – culture.