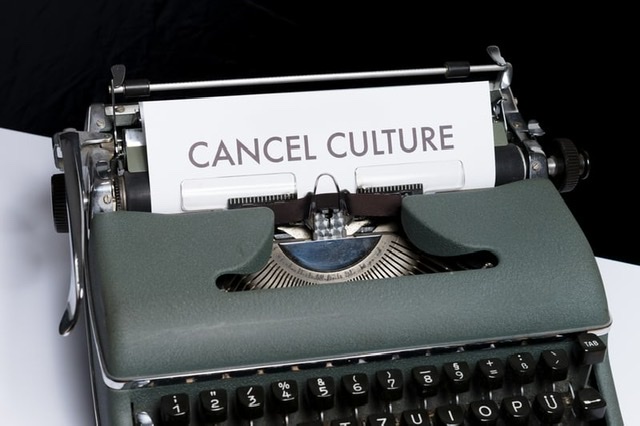 Most everyone has become familiar with ‘cancel culture’ and its horrific aftermath.

Statues destroyed, torn down and removed, schools renamed costing taxpayers millions, and even birds being renamed so no one can be offended.

Now this cancel culture has come to small town America as a bed and breakfast was forced to remove this from their business.

As rioters and Antifa terrorists ravage the nation with violence, arson, theft, rape and murder, they take time along the way to deface, damage, tear down and destroy historical artifacts.

It is a page right out of the Communist Manifesto. Destroy all history and culture until it is only what they want us to think it is, and nothing more.

And this destruction of American history and culture isn’t just relegated to the nation’s capital or major cities like New York, Seattle, Chicago and Portland.

Now they’ve gone after small town U.S.A. as the owners of a Michigan bed and breakfast just found out.

Greg and Kjersten Offenbecker are owners of The Nordic Pineapple in St. Johns, MI. They are proud Americans and proud of Kjersten’s Norwegian heritage.

So, they fly both the American flag and the Norwegian flag in the front of their bed and breakfast.

Well, they used to, that is.

said too many people have confused it for a Confederate flag, the Lansing State Journal reported.

The Offenbeckers told the Journal it never occurred to them that people would mistake the Norwegian flag as anything else.

But they said after they received what Kjersten Offenbecker called “at least a dozen hateful emails” and twice as many comments last week, they took the flag down.

They have been flying Norway’s flag in honor of Kjersten Offenbecker’s Scandinavian heritage, her grandfather was born in Norway and their bed and breakfast’s name is inspired by her family’s history.

But none of this matters to the new cancel culture mobs infecting Americans faster than the Chinese-spread coronavirus.

The first news of confusion regarding their flag hit them hard.

Kjersten told the Journal the couple was still new to the area when they were visiting a downtown shop where the owner told them a customer mentioned their bed and breakfast.

“I was so happy at first,” she said, until they were told that same customer also thought they were flying a Confederate flag.

“We were panicked initially because we were like, ‘Oh my Gosh. This town thinks that we’re hanging the Confederate flag,'” Kjersten told the newspaper.

It is important to note that the Norwegian flag, other than being red, white and blue, looks nothing like the Confederate Battle flag that has become so hated by many in this nation who do not understand its significance or history.

“It bugs me as far as the stupidity of people,” Greg Offenbecker told the State Journal. “Even if the flag is blowing in the wind or laying limp, there are no stars on it. They look nothing alike.”

But the confrontations kept coming, with numerous people asking and demanding the couple remove the Norwegian flag and accusing them of promoting racism.

Kjersten added that the latest person to get in their faces about the flag said they should be “ashamed.”

“How could we be so bigoted and close minded, this person wrote, and I was really hurt because I feel like we’ve done a lot to

integrate into this small community and be part of St. Johns,” Kjersten Offenbecker recounted to the paper.

But truth, fact and history do not matter to the cancel culture mob. If they don’t like it, for any reason, even if completely worn, it must come down.

So, fed up with all the anger and ignorance from people they thought were friends and neighbors, the couple took down the Norwegian flag — as well as the American flag that had been next to it. On July 20 on The Nordic Pineapple’s Facebook page, the couple wrote the following post, “We love being members of the St Johns community and are heartbroken to have had to make this decision. Given the current cultural climate and the idea that people are judging us based on the misconception of the national Norwegian flag vs. the Confederate flag, this is what is best for our family and our Inn.”

That sums up the current state in America where socialism runs rampant, ignorance is bliss and we all pay for it.