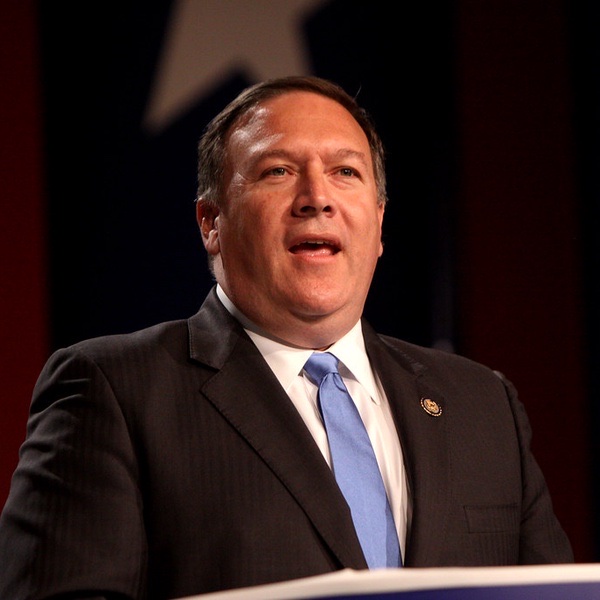 President Trump and his administration have clearly had enough with China.

Not only is China responsible for the spread of the coronavirus across, they won’t even own up to that fact.

So Secretary of State Mike Pompeo is putting China on alert with this incredible threat.

With the battle for global domination of 5G technologies and software, Trump’s administration got a huge victory when the United Kingdom announced they would remove Huawei’s 5G network technology from its arena.

The Brits woke up to the fact that Huawei has clear and direct ties to Beijing – and those ties suggest a plot for China to take over the entire industry.

Secretary of State Mike Pompeo recently said, “The Chinese Communist party’s exploitation of this pandemic to further its own aims has been disgraceful. Rather than helping the world, general secretary Xi [Jinping] has shown the world the party’s true face.”
But now Pompeo and Trump have announced the U.S. will take action against Chinese software companies like TikTok.

Sec. Pompeo said, “Here’s what I hope that the American people will come to recognize, these Chinese software companies doing business the United States, whether it’s TikTok or WeChat, there are countless more… are feeding data directly to the Chinese Communist Party, their national security apparatus. Could be their facial recognition pattern, it could be information about their residence, their phone numbers, their friends, who they’re connected to.”

“President Trump has said enough, and we’re going to fix it, and so he will take action in the coming days with respect to a broad array of national security risks that are presented by software connected to the Chinese Communist Party,” said Pompeo.

India just went through this debacle by banning TikTok and other Chinese software apps.

More countries need to wake up to this threat right now before it’s too late.

Sec. Pompeo concluded, “I promise you the President when he makes his decision, will make sure that everything we have done drives us as close to zero risk for the American people. That’s the mission set that he laid out for all of us when we began to evaluate this now several months back. We’re closing in on a solution, and I think you’ll see the President’s announcement shortly.”

But with Microsoft now buying TikTok, can we trust Microsoft to be responsible? We’ve already seen how social media platforms have exploited users’ data.

Why should we trust Silicon Valley at all? Especially when it comes to their dealings with the Communist Chinese government.