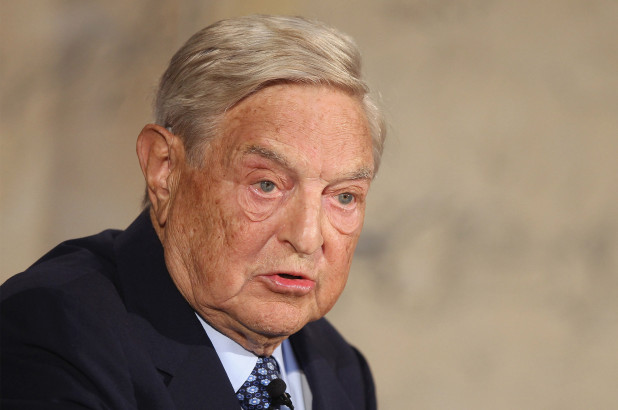 Facebook and its founder Mark Zuckerberg have had a rough few months of scrutiny.

The social media giant has been blasted by both liberals and conservatives for its poor handling of free speech and editorial control on the platform.

And now it appears George Soros is in control of Facebook’s new oversight board.

In fact, one Twitter-banned activist just won a Republican primary mainly because Twitter banned her.

Other leading conservatives have been edited, shut down, put in Twitter or Facebook “jail” or – like the wildly popular satire site the Babylon Bee – have had their accounts deleted “by mistake.”

Of course, the “mistakes” only seem to happen with conservative sites and activists – to the point that many conservatives and libertarians have moved over to the pure free speech site, Parler.

So it was a surprise when, earlier this year, Facebook’s Mark Zuckerberg announced he would actually allow free speech, even by conservatives.

But as you can guess, that did not sit well with the left.

There were calls for Zuckerberg’s resignation, stockholder protests, employee walkouts, and other hand wringing and whining.

At first Zuckerberg seemed to be holding his ground against the liberal onslaught, but ultimately caved and created Facebook’s “oversight board” in response to the left’s continued assault.

It turns out that 18 out of the 20 members of the board “collaborated with or are tied to groups that have received funding from George Soros’ Open Society Foundations.”
Some of these board members include:
Afia Asantewaa Asare-Kyei: A program manager at Soros’ Open Society Initiative for West Africa.

Pamela Karlan: Stanford University Law professor and member of the Soros-founded American Constitution Society – which takes a “progressive” view of the U.S. Constitution.

Of course as readers of Deep State Journal know, Soros’ Open Society Foundations is an obscenely well-funded organization with socialist ties around the world that promotes the advancement of socialism, globalism, and progressivism.

This is the very charity Soros uses to funnel money to radical socialist and terrorist groups like Black Lives Matter and Antifa.
And these people now decide what you can say or do on Facebook.

The Verdict is In: Donald Trump Not Guilty Yet Again in Russia Collusion Hoax