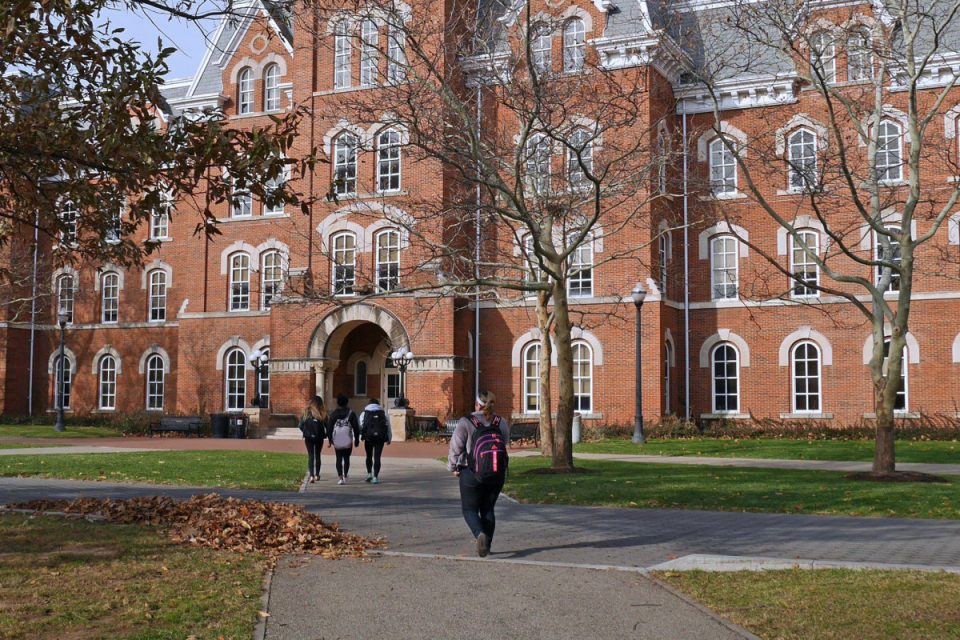 As the school year kicks off in some places, the nation’s colleges and universities are facing very real dangers on multiple fronts.

From bizarre COVID lockdowns to outrageous tuition hikes and liberal bias, most of these problems are of their own making.

In a recent article from American Greatness, respected journalist Curtis Ellis uses this line as his sub-head: “American Academia Majors in Appeasement.”

We couldn’t have said it better ourselves.

As readers of Deep State Journal well know, communist China’s assault on the United States is aggressive and well-coordinated.

Unfortunately, the ChiComms are getting a huge amount of help from American politicians, Deep State officials, the media, and of course, academia.

The Chinese have infiltrated major corporations, non-profits, media outlets, congressional offices, the CIA and FBI – even terrorist group Antifa and their comrades, BLM.

But there’s probably nowhere China has been more successful than on American college campuses.

Fortunately, the Trump administration is pushing back.

The President understands the very real threat the communist Chinese and their American stooges pose and has announced an all-out assault on the ChiComm infiltration of U.S. institutions.

According to the latest reports, the FBI has almost 1,000 active investigations in all 56 FBI field offices.

And these cases only involve the ChiComm’s attempts to steal American technology.

Now our universities and college campuses have become a focal point of law enforcement activities due to China’s infiltration efforts.

Efforts that have been openly welcomed by American academia to further their own ivory tower socialist dreams.

The FBI already arrested the chairman of Harvard’s Chemistry and Chemical Biology department Charles Lieber for accepting millions of dollars from the Wuhan Institute of Virology and lying about it in a desperate attempt to cover up his crimes.

But that’s just the tip of the iceberg.

Consider these recent events that were revealed in Ellis’ American Greatness article:

* A UCLA professor was convicted of taking China’s money to illegally send semiconductors with military applications to the communist country.

* A University of Kansas professor hid the fact he was working full-time for a Chinese university while he was conducting federally funded research there.

* One of the top researchers at the MD Anderson Cancer Center in Texas didn’t reveal he was also being paid $14 million by a cancer institute in China.

* The Department of Education told the University of Texas to turn over details of its relationship with the Wuhan Institute of Virology (that one again!) and other Chinese institutions.

* Washington has put all universities on notice to disclose donations they receive from all ChiComm sources. Under the Higher Education Act, colleges and universities are required to report contracts or gifts of $250,000 or more from foreign sources.

And greedy university administrations are more than happy to accept the communist funding. And they actually don’t mind the strings that come attached because it harms America.

Take the example of the University of Pennsylvania.

They received $61 million in gifts and contracts from China in just a two-year period between 2017 and 2019. Not to mention UPenn is home to the ‘Penn Biden Center for Diplomacy and Global Engagement,’ a holding place for members of Biden’s foreign policy team should he win the presidency.

And it gets worse.

“Between 2011 and 2017, Chinese government, companies, and individuals—China sent nearly 370,000 students to the United States in the 2018-2019 academic year—gave more than $426 million to U.S. universities and colleges. According to government data, Harvard University was the top recipient, reporting over $57 million from Chinese entities—not counting the money the chair of the chemistry department took from the CCP,” writes Ellis.

What is truly appalling is that America’s colleges and universities are not just accepting money from communist China, but are becoming active participants in Beijing’s plans to destabilize and attack the United States.

Chicago’s Mayor Bans Antifa Riots – But Only on Her Block