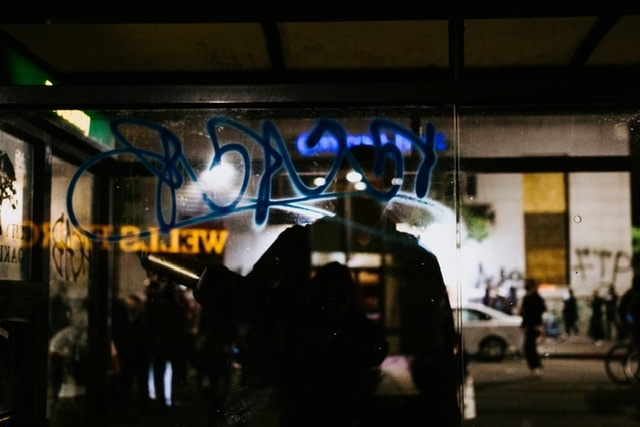 Deep State Journal has been reporting on the real nature of the “mostly peaceful” riots since the very beginning.

Rioters and Antifa terrorists have shown their hand with all their violence and destruction.
Now, rioters in Kenosha have handed us more proof of their real motives with these despicable actions.

As America ends month three of violent riots and mass destruction – allegedly done in the name of George Floyd and other black criminals – there seems to be no end in sight.
And if the organizers and bankrollers of these criminals have their way, it will never end.

Well, at least not until George Soros, Antifa, BLM, and the radical socialists remove the legitimate and duly-elected government of the United States.

They don’t care how many people they hurt or have to kill.

It’s a classic maneuver of communists and unfortunately most of America seems not to care.

Most are too afraid to speak out against these riots either out of fear for their safety or fear of condemnation for not “caring about black lives.”

Of course, saving black lives was never what these riots were about.

As if we need more proof, just look at what happened in the Kenosha riots.

One group of rioters – who are using the police shooting of sexual predator Jacob Blake to destroy the city of Kenosha – advanced on houses of worship in a disgusting display of what this is really all about.

Rioters plastered graffiti at both a Jewish temple and a Christian church with slogans like “Free Palestine.”

What, you might ask, does “Free Palestine” have to do with saving black lives in Kenosha, Wisconsin?

The answer is nothing.

Rather these riots – and the violence, destruction, and mayhem – are heavily orchestrated and well-funded efforts to completely destabilize local, state, and the federal governments.

They use violence, arson, looting, fear, and intimidation to cause mass panic and chaos while literally taunting police and national guard troops to react.

Violence and unrest is a well-known and well-used tactic employed by communist agitators, environmental whackos, and union bosses.
In short, it’s effective. And deadly.

And, at the very least, it’s been tacitly supported by the Democrat Party.
But things may be turning around.

Not because Democrats and their mainstream media P.R. machine are starting to care about the lives being destroyed by ongoing riots.

No, some in the media and Democrat Party have finally realized that the majority of Americans have had enough of the lawlessness, the wanton destruction, and the deaths of innocent Americans.

You see, their poll numbers are dropping, so Democrats are now panicking.

Ironically, the very rioters they once supported are doing them the most damage.

It is really hard to convince the average American that anti-Semitic attacks on a synagogue will save even one black life.