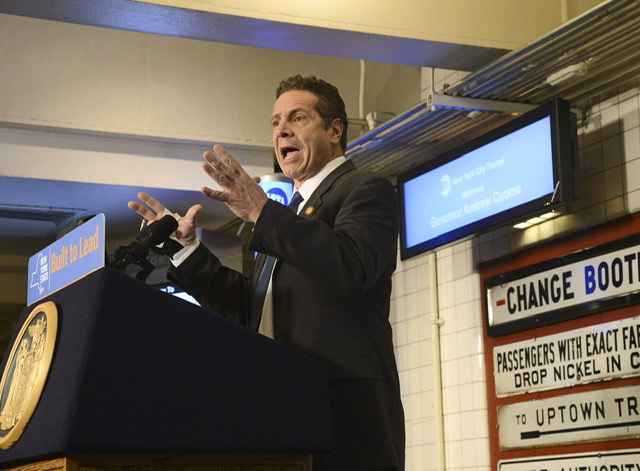 But no one thought it would get this combative.

It’s not a secret that the darling of the Deep State, Governor Andrew Cuomo, is no fan of his fellow Queens native President Donald Trump.

Partisan politics plays a major part in the nasty rivalry of course.

But most observers know there is far more to it than just Democrat vs. Republican.
For example, there is no doubt Cuomo is clearly jealous that Trump has the job he’s craved for years.

And their vastly different responses to the Communist Chinese Coronavirus is at the forefront of their bitter rivalry.

But it was Trump’s recent comments about the non-stop rioting, violence, and murders in cities like New York City that really got Cuomo’s blood boiling.

Earlier this week, Cuomo attacked President Trump after he announced he was going to severely cut funding to New York and other cities experiencing crime surges because their Democrat Mayors are doing nothing to stem the violent protests.

“He better have an army if he thinks he’s gonna walk down the street in New York,” Cuomo threatened Trump.

“New Yorkers don’t want to have anything to do with him.”

“He can’t have enough bodyguards to walk through New York City, people don’t want to have anything to do with him,” Cuomo said in a press briefing.

He then went on to claim:
“It is more of the same from him. It’s political, it is gratuitous. And it’s illegal. But it is another attempt to kill New York City.”

“President Trump has actively been trying to kill New York City ever since he’s been elected. Look, the best thing he did for New York City was leave,” Cuomo said.

“Good riddance, let him go to Florida, be careful not to get COVID.”

Trump, of course, didn’t back down.
The President responded to Cuomo’s threats by going on the attack about the Governor’s criminal handling of the Chinese coronavirus.
Trump said Cuomo had “the worst record on death and China Virus, 11,000 people alone died in Nursing Homes because of his incompetence!”

And of course, the President took to Twitter to go after the liberal Governor:
“@NYGovCuomo should get his puppet New York prosecutors, who have been illegally after me and my family for years, to investigate his incompetent handling of the China Virus, and all of the deaths caused by this incompetence. It is at minimum a Nursing Home Scandal – 11,000 DEAD!”

Wednesday night’s very personal and very threatening attack on the President by Governor Cuomo was specifically in response to Trump’s call for a review of all federal funds provided to cities that he deemed to be “anarchist jurisdictions” – which includes New York City.

“In light of this unconscionable rise in violence, I have offered to provide Federal law enforcement assistance, but both Mayor de Blasio and Governor Andrew Cuomo have rejected my offer,” Trump wrote.

Then, on Wednesday evening, Trump wrote on Twitter: “My Administration will do everything in its power to prevent weak mayors and lawless cities from taking Federal dollars while they let anarchists harm people, burn buildings, and ruin lives and businesses. We’re putting them on notice today.”

He went on to say that his administration will not allow federal dollars to go to cities where politicians are allowing complete chaos and deterioration in “lawless zones.”

“To ensure that Federal funds are neither unduly wasted nor spent in a manner that directly violates our Government’s promise to protect life, liberty, and property, it is imperative that the Federal Government review the use of Federal funds by jurisdictions that permit anarchy, violence, and destruction in America’s cities,” Trump wrote.

Of course, lost in all this is the fact that Governor Cuomo just admitted that even a sitting U.S. President is not safe in what was once a great city.

Well, that and the fact the President does have an army.

Governor Cuomo should be more careful with his threats.

Violent Gangs in Chicago Going After Cops for This Disgusting Reason

After Rioters Burned Down Her Business, the City of Minneapolis Did This to Her