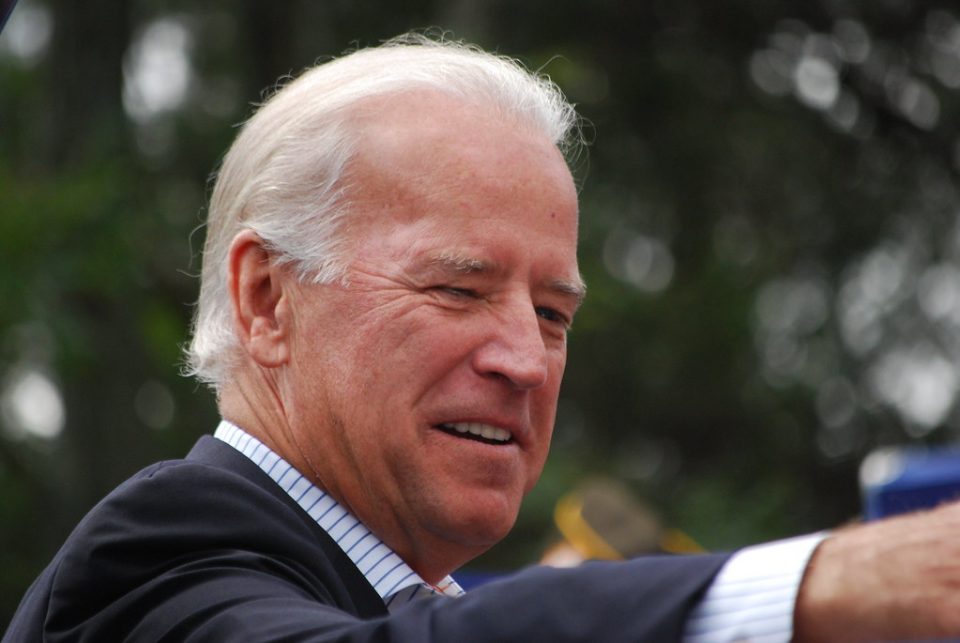 With election day just two weeks away, Joe Biden and his family are coming under more intense scrutiny.

It’s why the Democrat presidential candidate has descended back into his basement and refuses to answer any questions.

Here are the exclusive details regarding Joe Biden’s growing family scandal and you won’t believe where it leads.

With President Trump negotiating Israeli peace deals that could potentially change the entire geopolitical makeup of the Middle East, troubling new reports are coming out tying members of the Biden family to a relatively unknown, but very well-connected, Middle Eastern businessman – Husam Jauhari.

Husam Jauhari is a naturalized American citizen, who claims Venezuelan and Lebanese citizenship and is one of several Middle Eastern moneymen who have profited handsomely from their deep ties to the Democrat Party. 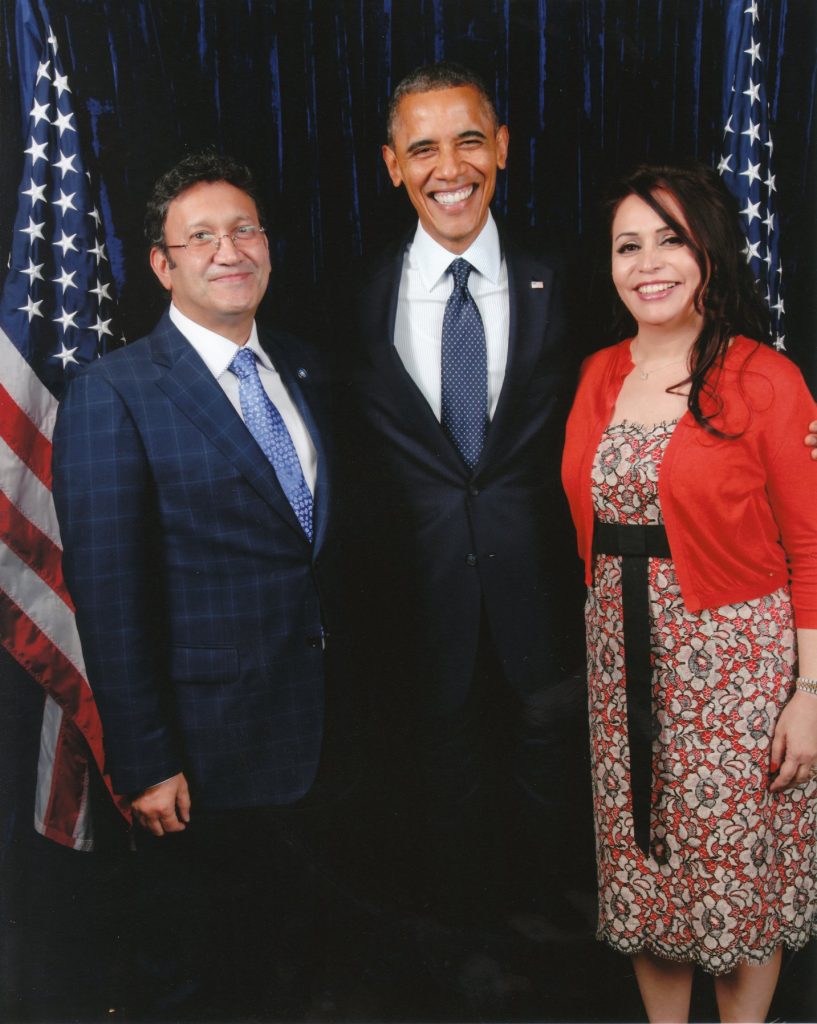 He was born in 1958 to Lebanese parents living in Venezuela at the time and later attended the University of Louisville.

While on business in Kuwait, he met his wife and citizen of Kuwait, Samera Al Rayyes. They were married there and had two sons, Alfaisal, born in 1986, and Michael, born in 1990.

Currently, the Jauharis live in both Kuwait and Lebanon, and at fake U.S. addresses in Florida and Texas. 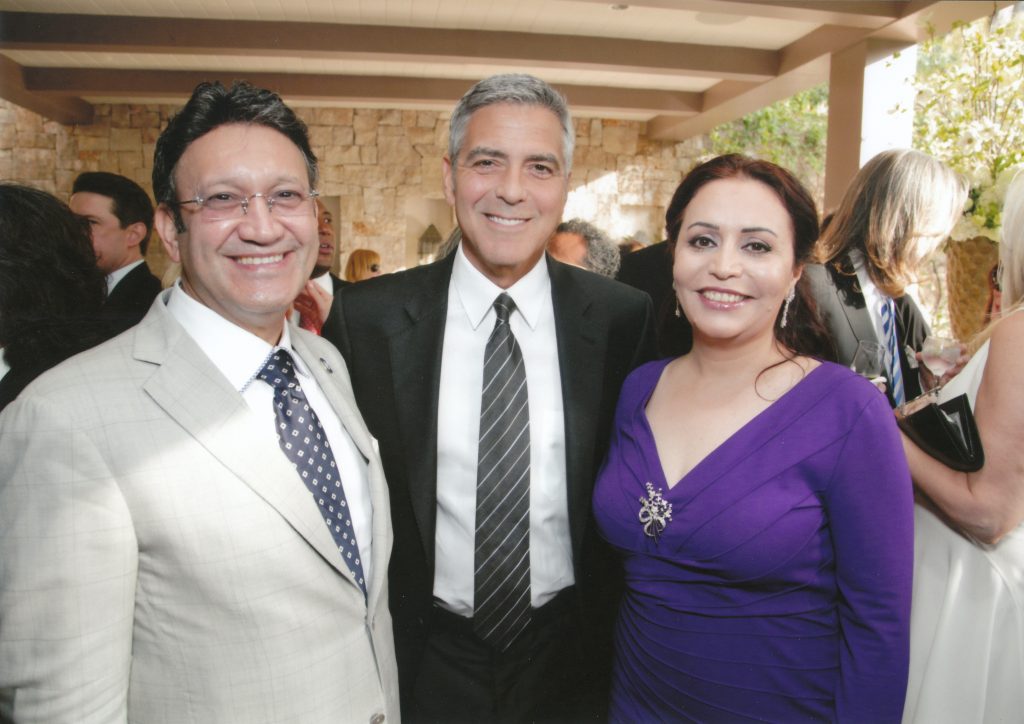 But Husam is familiar on both sides of the aisle. He’s been closely tied to Senator Lindsey Graham (R-SC) and donated to the late Senator John McCain (R-AZ).

Upon the election of Donald Trump, Jauhari tried to cozy-up to investor and close friend of Trump, Thomas Barrack, who is an American private equity real estate investor and the founder and executive chairman of Colony Capital, Inc, a global investment firm.

During Trump’s campaign events, Jauhari was seen and heard talking to Barrack in both English and Arabic (playing to their shared Lebanese heritage) and offering “Arab money” to Trump’s campaign.

Jauhari’s attempts were rebuffed by Barrack, who walked away.

Jauhari is also said to be friends with fugitive hiding in Lebanon, Ahmed (Andy) Khawaja.

Khawaja is wanted by the United States for campaign finance violations and is alleged to have been funded by Mohammed bin Zayed of the UAE, who has since turned against him.

While none of these connections may be illegal – especially in today’s world of donor bundling and ActBlue money funneling – this is only the tip of the iceberg.

And the darker side of Husam Jauhari and his business ventures could cast a shadow on the last weeks of Biden’s presidential campaign. 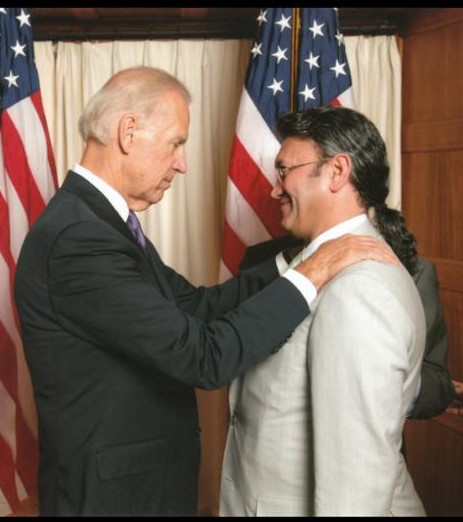 Husam’s family owns several Apollo Hair salons and Glamour Shots throughout the Middle East, as well as massage parlors. However, many of their massage parlors are known to provide “happy endings,” drawing inquiries from authorities regarding Husam’s connections to the sex trafficking industry in Asia and Eastern Europe.

In fact, two Middle Eastern businessmen in America openly bragged to several business associates that they “received very happy endings from some young Asian girls” at one of Husam’s massage parlors in Beirut, Lebanon.

Husam and his wife also run the $300 million American International School of Kuwait.

But, while Husam prefers to be known as ‘Sam’ to sound more American, he sure doesn’t like to pay American taxes.

Almost all of the Jauharis family businesses are in his wife’s or sons’ names. (Questions have arisen over how kids can start a multi-million dollar business in their toddler years.)

In fact, in letters and emails received here at Deep State Journal, we found that Sam will refer to himself as Chairman of the Board or CEO when corresponding with non-U.S. clients, but goes by “marketing manager” or something similar when speaking with American clients.

In order to avoid paying U.S. taxes, he doesn’t want to be known as the owner to people in America.

But strangely, for a man whose family runs a slew of hair salons and massage parlors, and whose wife runs a school, Husam was able to land hundreds of millions of dollars in U.S. military construction contracts in Iraq through his family’s shell corporation, Gulf Facilities General Trading & Contracting Company LLC (GFGT or GFT).

In fact, in a GFGT marketing presentation, the company claims more than $750 million in sales.

In these sales are hundreds of millions of dollars in jobs awarded to GFGT by the U.S. government for work at Iraqi U.S. military installations, the U.S. Embassy, and Baghdad International Airport.

One U.S. military procurement expert we spoke to said that in the Middle East, you need only to look at the procurement officer’s wrist to know who got the contract and how much it was for – because the size of his Rolex will tell you.

And this is not just talk. At least two witnesses have now come forward to discuss how Husam openly bragged about bribing U.S. officials to get lucrative American contracts.

Meanwhile, it turns out the quality of work from these contracts were about what you’d expect from someone who runs a bunch of seedy massage parlors.

In at least one instance, the U.S. government refused to pay Jauhari’s company for the shoddy work they did and for the amount they tried to charge in overages.

It’s puzzling why the U.S. would grant contracts to a man so well-known across the Middle East as someone who has no fear of the word ‘bribe.’

Or a man who’s known for supporting Hezbollah, Hamas, the Muslim Brotherhood, and the U.S.-sanctioned Iranian Revolutionary Guard Corps (IRGC).

It was shortly after Jauhari’s conversion from Christianity (he was a Mennonite) to Islam that he began openly supporting these terrorist groups and lobbying on behalf of countries like Libya, Turkey, Iran, and Malaysia.

Husam is supported in this effort by his brother, Jamal Jauhari, who resides in Lebanon and Saudi Arabia; friend and sometime benefactor His Royal Highness Mohammed Al-Rahbani; and other anti-U.S. and anti-Saudi royal family exiles.

Husam also lobbied for former Venezuelan president Hugo Chavez and current president Nicolas Maduro to facilitate the sale of Iranian oil to Venezuela to then be sold to other nations.

He also tried to sell Iranian oil to Turkey, which would then be sold to China, Venezuela, Japan, Singapore, and India.

But oil sales aren’t Jauhari’s only ties to Communist China.

He has long worked with Chinese military and weapons manufacturer NORINCO (even when U.S. sanctions had been imposed) which is alleged to be connected to the Communist Chinese Ministry of State Security.

In 2012, Husam sent a letter, which we have received, that promoted a Lebanese for Democrats type lobbying organization. In this letter, he openly attacks Jews and promotes the idea of taking on the “Jewish community” and the power they have in America.

Also of note is, while the letter claims to be about a 501c(4), Husam’s emails regarding the letter talk only of electing Democrats and reelecting President Obama – both clearly more the functions of a PAC.

But Libya is where Husam has focused most of his attention – and it’s where the Biden family comes into play.

His ties in Libya go back to just after Muammar Gaddafi was killed in 2011.

After Gaddafi’s fall, everything from the national flag to the national police uniforms were changed. And Husam Jauhari – never one to miss an opportunity – jumped in.

Through bribing and kickbacks to Libyan officials, Husam worked with the interim Libyan government to secure new government uniforms for free. He allegedly offered large bribes and kickbacks to members of the Kuwaiti government, who would purchase the uniforms from the American company Husam had received bids from.

While the details remain a little unclear, the scheme basically worked as follows:

Kuwait paid Husam roughly $25 million for the uniforms, and he, in turn, purchased them, not from an American company as promised, but from NORINCO, the Chinese weapons and military procurement company.

The reason for this bait-and-switch was NORINCO would provide the uniforms for much less than the American company would. In fact, NORINCO charged only $5 million.

Husam paid the proper bribes to Kuwaiti and Libyan officials, alleged to be between $5-$10 million, and then pocketed the difference.

Interestingly enough, we know about this scheme because of a lawsuit Husam filed claiming the Kuwaitis did not pay him all that they owed him.

He was also heavily involved in the efforts to lobby the U.S. to unfreeze Libyan assets.

Documents uncovered by an investigative reporter working on this and other stories show that Husam was contracted and paid by the Libyan government to get more than $200 billion in assets unfrozen.

These assets had been frozen since the Lockerbie plane bombing in 1988, with more than $30 billion frozen in U.S. banks alone.

Husam Jauhari was allegedly set to receive 5% of any assets unfrozen, as was his partner His Royal Highness Mohammed Al-Rahbani, according to European and Libyan bankers.

This meant that just in getting the Libyan assets in the U.S. unfrozen would net Jauhari $1.5 billion.

Jauhari worked hard at this effort holding meetings in France, Libya, UAE, Britain, and the U.S.

So here is an American citizen lobbying on behalf of a foreign nation, allegedly funneling millions through various proxy individuals, who knowingly and unknowingly gave to both Democrat and Republican officials, and was accused of being in violation to numerous American laws like FARA, FCPA, and campaign finance laws.

And yet, despite all of this, Hunter Biden met with Husam Jauhari in 2015 to discuss the unfreezing of Libyan assets.

According to leaked messages from the meeting in Washington, DC, Hunter Biden wanted a minimum of $2 million per year with no contingencies.  In other words, Hunter wanted to be paid – and paid very well – no matter the outcome or if he even lifted a finger on the project.

Apparently, this was going to cut into Jauhari’s profit margins too much. So, he refused Hunter’s offer.

Husam “Sam” Jauhari and his shady business deals make some in Washington, D.C. wonder why everyone’s still talking about Russia hacking the U.S. elections – and not China or the Middle East, especially in the UAE, Saudi Arabia, Kuwait, and Qatar.

Worse, according to our sources, there is no open investigation into any of the alleged crimes Husam Jauhari has committed despite all the accusations and mounting evidence. 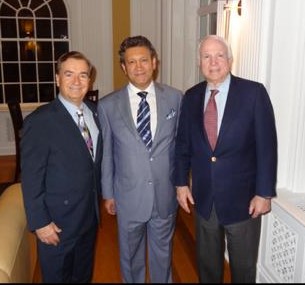 In fact, our sources say that Jauhari has been given immunity from all alleged crimes for reasons not yet made clear.

Meanwhile, the DOJ has refused to comment on these allegations.

This is a secretive, shady world in which American laws are broken, bribery and corruption run rampant, and the perpetrators are rewarded in multi-million dollar U.S. military contracts paid by taxpayers.

It also appears to be a world where the Department of Justice is willing to turn a blind eye to alleged crimes – so long as those crimes are committed for the “correct” political alliances.