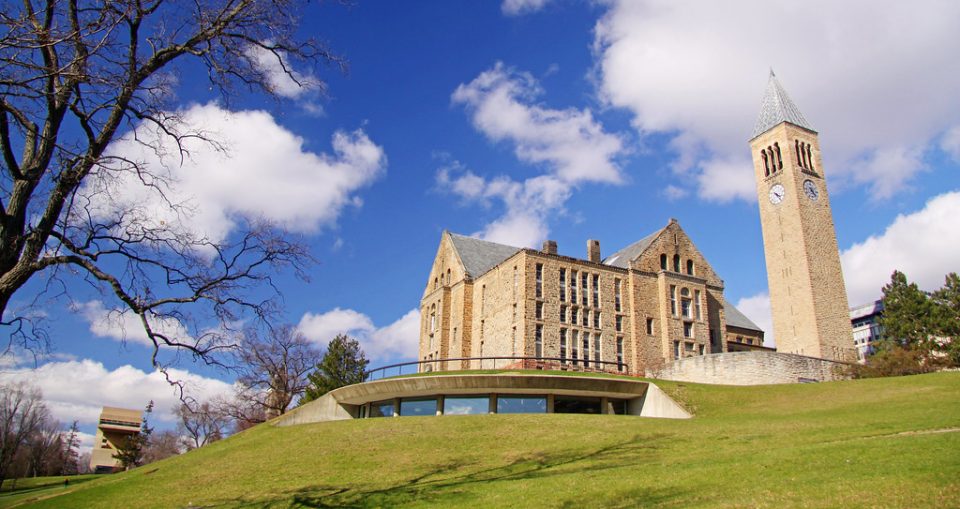 As the socialist left continues their assault on American history and culture, more and more colleges are bowing to the BLM and Antifa thugs.

But Cornell University is taking it to a whole new level in their shocking action to fight “racism.”

America’s colleges and universities have long been hot beds of liberal indoctrination.

And even though most college towns slowly became liberal enclaves as professors and “free thinking” liberals took control, the one thing that always remained intact was free speech for both students and faculty.

Spirited debates on politics, religion, philosophy, and history were not just allowed, they were welcomed.

Political correctness and cancel-culture were rightfully shunned by both the left and right.
But that’s all changed.

Conservatives are now shunned from even speaking their minds on most college campuses and many conservative groups have been banned.

Professors regularly promote the dangerous Marxist philosophy and even make impassioned calls for violence and rioting on behalf of the socialist cause.

Open hostility to conservatives and Christians is rampant and violence against pro-life students is at an all-time high.

Fighting against the “structural forms of racism,” Cornell University is changing the name of its English Department to the “Department of Literatures in English.”

At their first faculty meeting for the fall semester, Cornell’s faculty introduced the renaming proposal in order to combat the “conflation of English as a language and English as a nationality,” according to Director of Undergraduate Studies professor, Kate McCullough.

Carole Boyce-Davies, the author of the proposal, said she was motivated by the rise and increased popularity of the Black Lives Matter movement.

“Faculty around the country — not just faculty of color, but faculty in general — began to look at the institution to see how we can help advance a discourse that challenges structural forms of racism which get reproduced in students and in teaching over and over again,” she said.

Boyce-Davies also noted how “surprised” she was that so many of the white faculty members agreed with the proposal.

This change, which received over 75% support, is just one more step in the left’s attempt to destroy higher education.

It would behoove parents to seriously consider whether or not to continue sending their children to these ultimately reeducation centers – especially at the cost of upwards to a quarter million dollars.

And it’s time for states to strongly consider cutting taxpayer-funded benefits to our college institutions, especially when most of them sit on billions of dollars in endowments.