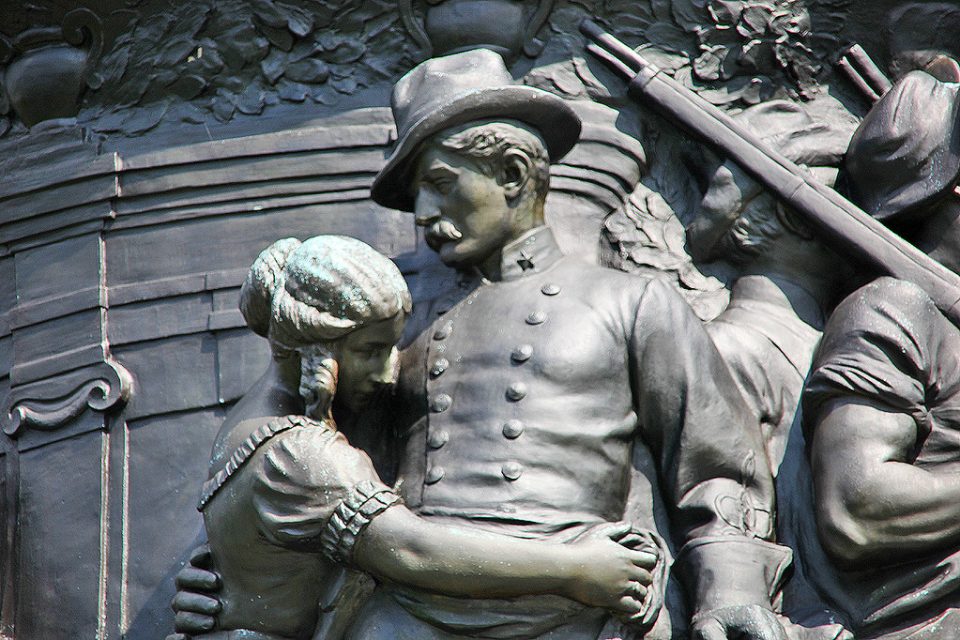 This past year has seen continued violence, looting, and arson in the name of “racial equality.”

One of the biggest casualties of the BLM-led violence and destruction has been the eradication of American history.

But Virginians are taking a stand and have overwhelmingly voted to keep their historical monuments.

The unfortunate death of the criminal George Floyd at the hands of police ushered in months of rioting, violence, looting, arson, and even murder.

But racial inequality and legitimate concern over police brutality took a back seat to stealing TVs, wanton rape, beatings, arsons, and even more death.

And of course, no self-respecting Antifa terrorist or BLM thug can let a statue stand as a reminder of racial oppression and whatever other cause of the day that drives their violence.

And it doesn’t really matter whose statue it is.

In fact, it seems the only statues allowed to stand are those of communist leaders like Lenin, Marx, Stalin, Castro, and Che Guevara.

From Washington, DC to Richmond, Virginia, from Buffalo, New York to Boise, Idaho, radical leftists, Antifa, and BLM have been busy toppling every statue and memorial they can find.

In some cases, they didn’t even know who it was they were taking down.

Sadly, the response from many towns and cities has been preemptive surrender. Sort of a “please don’t tear them down, we will do it for you” approach.

And so America’s history, culture, and her heroes have been removed from town squares and schools across the land.

All at the taxpayer’s expense. In fact, at just one school in Northern Virginia, the cost of changing its name is over half a million dollars in taxpayer money.

But now, it seems some are starting to fight back against this eradication of American history.

In Virginia, the retention or removal of Civil War monuments was on the ballot in six counties.

And in all six counties, Virginians voted to keep their Civil War monuments. And they did so overwhelmingly.

In Tazewell County, 83.38% of residents voted for keeping the monuments and only 12.62% voted to relocate them. That’s a whopping 74.76% difference. No recount needed there!

The closest margin was in Charles City County where the vote was 55.1% to 44.9% in favor of keeping the statues – a 10% difference.

On average, the vote to retain Civil War monuments won by an almost 40% margin which is a massive landslide in political terms.

In fact, much to the radical left’s chagrin, these election-day results clearly demonstrate Virginians’ overwhelming desire to maintain its history and heritage.

Even in the face of violent mobs and a media hell-bent on destruction.