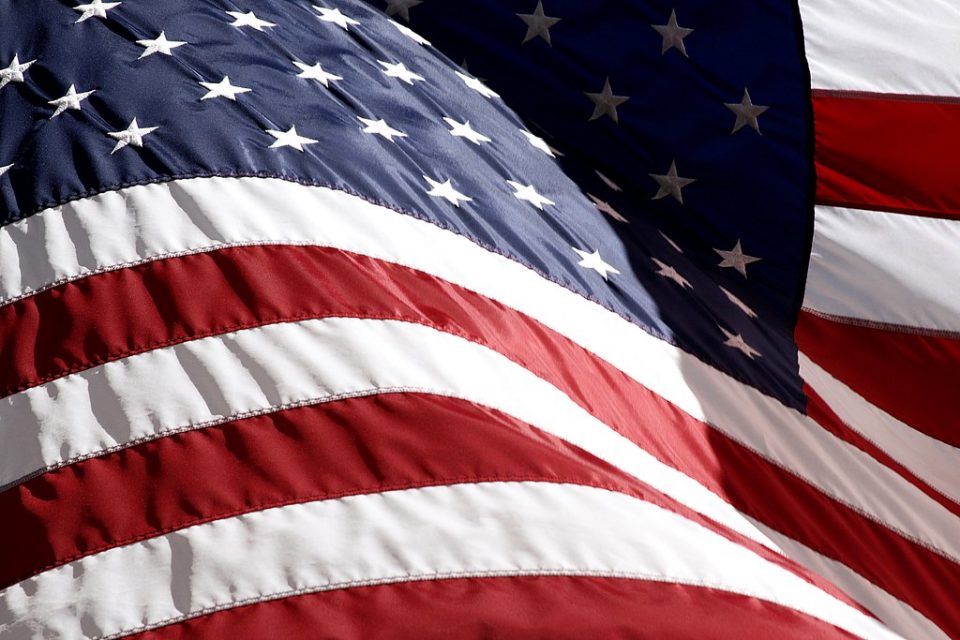 America is at an undeniable crossroads.

The next year or two may decide if our republic remains intact or not.

And some are saying we may soon see the next Civil War as at least five states are ready to take this drastic action.

The last year has been filled with everything from a Communist Chinese-released virus to government lockdowns, mask mandates, and massive economic hardships.

We’ve seen rioting, violence, arson, looting – even murder – all across the country.

Unemployment has skyrocketed as hundreds of thousands of businesses have closed their doors forever due to either unconstitutional government lockdowns or the continued rioting and vandalism.

Police and other first responders have been targets of assault and murder by the deadliest domestic terrorist activity in our history.

And Antifa and their BLM running buddies show no signs of letting up, even if Joe Biden is able to successfully steal the presidency through widespread voter fraud.

As one government official recently told Deep State Journal, “I won’t be surprised if this all ends in another bloody civil war as polarization and vilification by the socialist left continues.”

As scary as that sounds, it isn’t too far-fetched. The anger and animosity of the American people has simply boiled over in 2020.

In fact, a conservative Congressman recently told this editor that he’s had staff leave his office because they’re just too afraid of the increasing violence against conservatives in our nation’s capital.

This comes fresh on the heels of new reports showing a massive migration of Americans from urban cities to places like Texas, Wyoming, Montana, Tennessee, and South Dakota.

And now it appears there are at least five states where some kind of secession is being seriously considered.

Much like in Europe, separation and secession fever is sweeping across the U.S. as tenacious bands of frustrated rural Americans, suburbanites, libertarians, and conservatives seek to break free from the socialist-leaning states controlled by big cities, leftist mobs, and union boss money.

In Virginia, the Democrat majority’s progressive legislation on issues such as gun rights, abortion, taxes, and Right to Work laws has spurred “Vexit” (Virginia exit), a campaign to merge right-leaning rural counties with neighboring West Virginia.

West Virginia Gov. Jim Justice has put out the welcome mat to his neighbors. In fact, a state resolution inviting Virginia counties to cross over has cleared a House committee and enjoys “overwhelming support,” says its sponsor Republican state Rep. Gary Howell.

Rick Boyer, a leader of the “Vexit” movement and former member of the Campbell County Board of Supervisors says, “To be honest, if this works — you’ve got a lot of red areas in this country that are totally dominated by a blue metropolis, if it works in Virginia, there’s no reason it can’t reshape the political map.”

Ironically, no state has split since West Virginia was carved from Virginia in 1863, but the growing interest comes as those living outside the big cities face increasing government mandates, higher taxes, and restrictions on civil liberties foisted on them by legislatures controlled by the big cities and college towns.

G.H. Merritt founded grassroots nonprofit, New Illinois, in effort to kick Chicago out of Illinois by using the Article IV process, which will require the consent of the legislature and Congress.

“We kind of compare it to the way Solidarity worked in Poland, where the people just decided they were done and transitioned from a communist government to a democracy without having a civil war.”

In New York, “Divide New York State” has long since advocated for three autonomous self-governing regions, which would eliminate the need for Congress to create separate states.

Even more ambitious are two competing plans from California. “New California” seeks to create a 51st state, while “Calexit” wants to make California its own nation.

And in Oregon, three counties have already agreed to place a measure on the ballot that would allow local officials to begin negotiations to “relocate the Oregon/Idaho border to make this county a county of Idaho.”

Also on board is Idaho Gov. Brad Little.

Adam W. Dean, history professor at the University of Lynchburg in Virginia, said the idea of moving Virginia counties to West Virginia is legal under Article IV, Section III of the U.S. Constitution.

The question now is: should any of these efforts take hold, will the federal government “allow” it or will it lead to another Civil War?

Gen. Flynn Says ChiComms Are Lending a Hand to Democrats in This Shocking Way