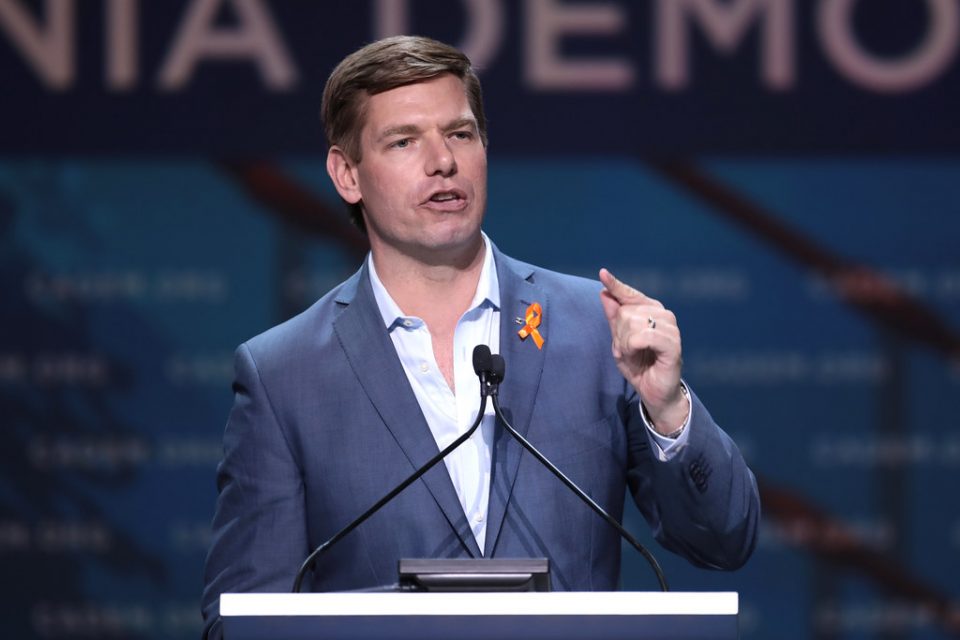 But it turns out our biggest threat was Communist China all along.

And it’s the reason why this man should be kicked off the House Intelligence Committee immediately.

Ever since Trump’s shocking victory in 2016, the Democrats have been whining and screaming that the Russians stole the election and Trump had been in on it.

The Democrat-controlled House even voted for impeachment of President Trump based on some “Trumped up” charges resulting from a phony “dossier” on the subject.

Even after the entire thing was proven to be fake, the Democrats persisted.

Maybe that’s because they didn’t want anyone looking at where the real collusion was occurring.

And not just collusion, but actual good ol’ espionage complete with Asian Mati Hari’s and all.

Readers of Deep State Journal already know about the deep ties between Hunter Biden (and the entire Biden family) and the Communist Chinese in Beijing.

Now we’re learning that one Democrat congressman – who is a current member of the House Intelligence Committee – not just colluded with Communist China, but was actually sleeping with one of their spies.

In a story straight out of an Ian Fleming novel, far-left congressman Eric Swalwell (D-CA) was in bed (literally) with a Communist Chinese spy named Christine Fang, affectionately known as Fang Fang.

According to an Axios report published on December 8th, Fang Fang was a prominent fundraiser for Swalwell’s 2014 congressional campaign and had even placed an intern in his office.

Fang Fang cultivated relationships with a number of other politicians as well, including two unnamed Midwestern mayors whom allegedly Fang had also been sexual with.

In 2015, the FBI gave Congressman Swalwell what’s known as a “defensive briefing” — alerting him to the fact that they believed Fang was a spy.

Swalwell says he cut off contact with Fang Fang after receiving the briefing, although several of his family members were still Facebook friends with Fang well after the story broke last week.

And yet, even knowing all of this, Swalwell has remained on the House Intelligence Committee, receiving some of the most sensitive intelligence anyone in Washington, D.C. could be privy to.

For his part, Swalwell has brushed off the entire episode as insignificant, maintaining that the scandal has only come out because he’s been a prominent critic of President Trump and vigorous supporter of his impeachment over the Russian collusion hoax.

“If this is a country where people who criticize the president are going to have law enforcement information weaponized against them, that’s not a country that any of us want to live in, I hope it is investigated as to who leaked this information,” the good congressman said.

Unfortunately, that is the current world we live in. A president can be impeached based solely on a hoax, while a Democrat congressman literally sleeps with the enemy.

There is a lot more to this story and Deep State Journal will continue to provide updates as details come out.