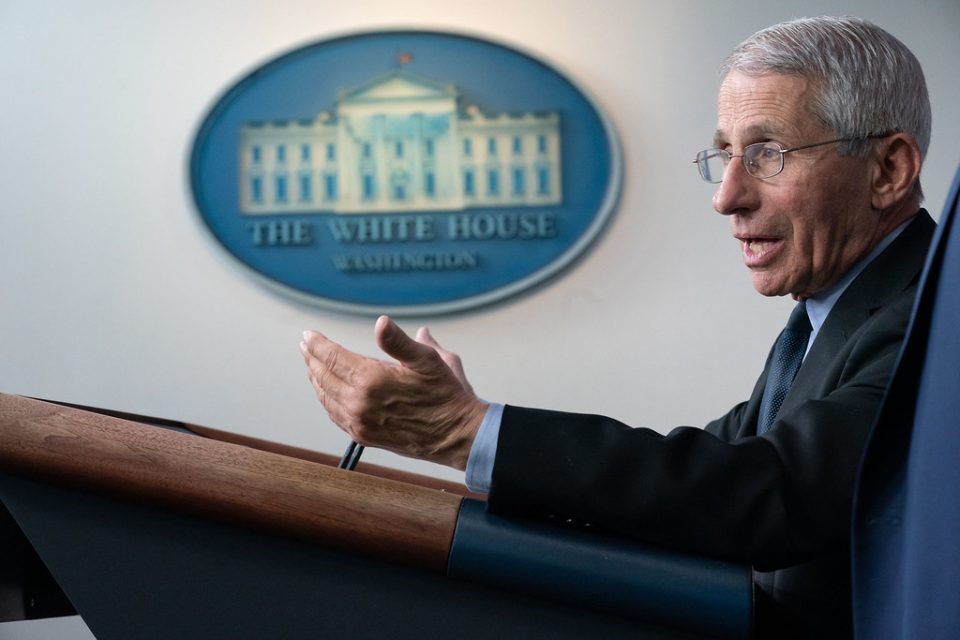 The Communist Chinese-released coronavirus has taken the world and medical community by storm.

And the medical community has been at war with itself from the beginning, leaving a majority of people unsure of what to do.

Now, Dr. Anthony Fauci has come out with a COVID announcement that has shocked everybody.

There is no doubt that the Communist Chinese created and released coronavirus has caused irreparable damage to the United States and the entire world.

Whether it was released by the Communists on purpose or not, one thing is for certain – the rest of the world has been made to pay.

Of course, most of that damage was caused not by the virus, but by the government’s response to it.

Just here in the United States, tens of thousands of businesses have closed thanks to forced government lockdowns, stay at home orders, and mandates that only big-box stores like Walmart could adhere to.

Churches are closed – but strip clubs, abortion clinics, and casinos are allowed to stay open.

Masks must be worn in some states, even outside, despite no evidence that masks have done anything except make more people sick.

Social distancing rules and regulations have baffled Americans in their inconsistency.

But now we may be finding out why.

It turns out the entire medical response was based on lies.

Dr. Anthony Fauci himself has admitted as much.

Early in the coronavirus panic, Dr. Fauci quickly became America’s go-to godfather on all things related to the “Wuhan Flu.”

It was Dr. Fauci who said back in March that no one should be wearing masks.  Then he said masks were ineffective. Then he said everyone MUST wear masks.

Also back in March, Dr. Fauci told us that in order to achieve herd immunity, 60 to 70-percent of Americans would need to acquire resistance to COVID-19 “either through infection or vaccination.”

However, he’s gradually increased this estimate to 75-percent, then to 80-percent, to now 85-percent.

“In a telephone interview the next day, Dr. Fauci acknowledged that he had slowly but deliberately been moving the goal posts. He is doing so, he said, partly based on new science, and partly on his gut feeling that the country is finally ready to hear what he really thinks,” the Times article stated.

Fauci went on, “When polls said only about half of all Americans would take a vaccine, I was saying herd immunity would take 70 to 75 percent then, when newer surveys said 60 percent or more would take it, I thought, ‘I can nudge this up a bit,’ so I went to 80, 85.”

This is social engineering and socialism being thrust upon us by power-hungry politicians and quasi-doctors.

Joe Biden may be right. The “darkest days” are yet ahead.