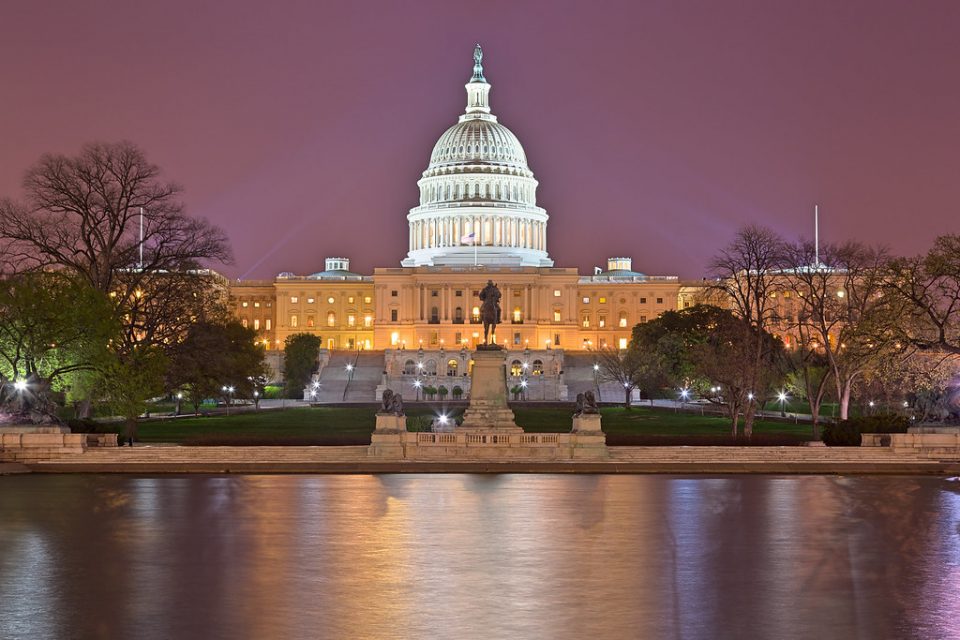 At first, we were told that the National Guard was called into D.C. in response to the rioting on Capitol Hill.

Then we were told they were staying as additional security for Joe Biden’s inauguration.

Now it looks like the National Guard isn’t leaving Washington, D.C. anytime soon – and this is the shocking reason why.

Democrats have claimed that the military presence in Washington, D.C. was because they feared Trump supporters were planning another insurrection.

But when that never happened, the Democrats’ reasons for keeping troops in the Capitol began to change.

As Tucker Carlson recently said on his Fox News program, “The troops will never leave . . . As you probably figured out by now, the troops are in the Capitol for political reasons. They’re there to prop up the regime . . . If this were happening in Cameroon, our State Department would complain about it, call it ‘an offense against democracy.’ But because it’s happening here in America, we have been slow to catch on.”

In fact, the Washington Post has already admitted that the threats of the armed attack planned for March 4th were utterly bogus.

What’s interesting is that the Democrats continue to maintain that the 2020 Presidential election was the “most secure election” in our nation’s history – but they sure aren’t acting like it.

Democrats are trying to pass legislation that would change election laws and give them total power.

The second sham impeachment trial of Donald Trump – even after he left office – the calls for conservatives and Trump supporters to be sent to “reeducation camps,” and Big Tech censorship is all to keep Americans from finding out what really happened in the 2020 election.

Joe Biden’s administration officials are no dummies. His advisors are watching him like a hawk to keep him from making one of his well-known blunders.

He’s a puppet of the Democrat Party and a puppet dictator of the socialists.

They’re just biding their time until they think the American people will accept Biden being removed as President and installing Kamala Harris in his place.

In fact, Harris is already fielding calls from world leaders on her own – something unheard of in any previous presidential administration.

Vice Presidents simply do not conduct foreign policy for our nation without the President’s involvement as well.

No wonder they’re keeping troops in the nation’s capitol.