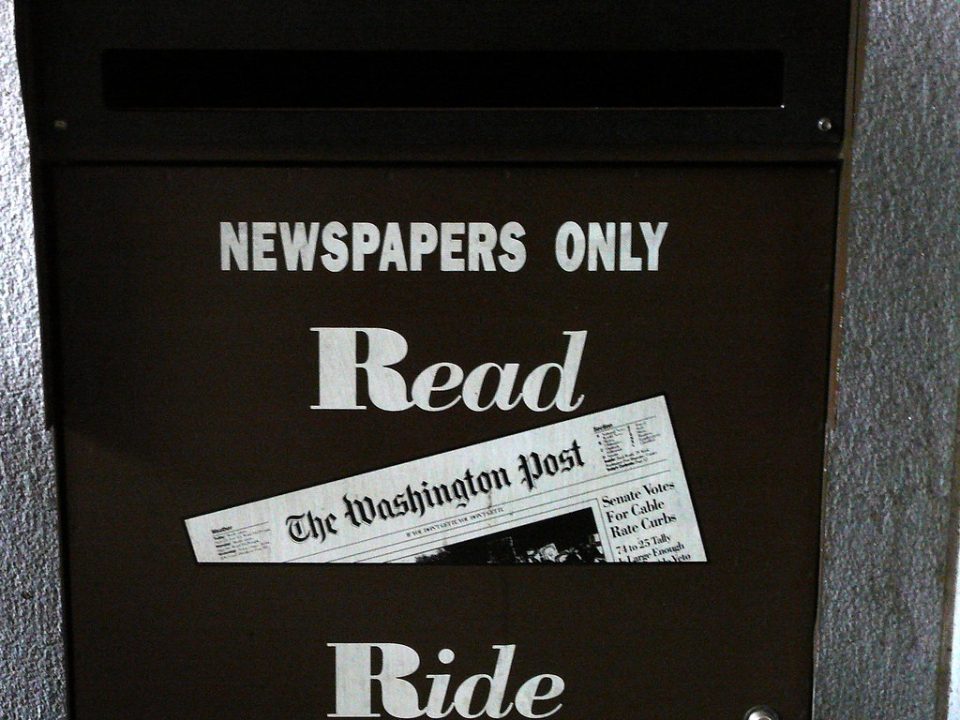 It used to be that when a reporter or journalist was caught fabricating a story, there were serious repercussions.

Usually, the publication was forced to issue a retraction and apology, and the reporter would be fired.

But now, this top news outlet has proven just how corrupt the media has become.

The Washington Post published an article in January that told a story about how Donald Trump had pressured an investigator in the Georgia State Elections Department.

In the story, President Trump was quoted as urging the investigator to “find the fraud” and told her she’d be “a national hero” if she did so.

The story spread like wildfire and had many Americans believing Trump had made an illegal attempt to bribe or coerce an election official.

And in response to the article, the District Attorney in Fulton County, Georgia opened an investigation into Trump’s attempt to “obstruct justice” – meanwhile House Democrats used excerpts from the story in their articles of impeachment against Trump.

But there’s just one problem.

The story was a total fabrication, wholly made up by the editors at the Washington Post.

In fact, the article was so blatantly false, the Post actually issued a correction after they were caught:

“Correction: Two months after publication of this story, the Georgia secretary of state released an audio recording of President Donald Trump’s December phone call with the state’s top elections investigator. The recording revealed that The Post misquoted Trump’s comments on the call, based on information provided by a source. Trump did not tell the investigator to ‘find the fraud’ or say she would be ‘a national hero’ if she did so.

Instead, Trump urged the investigator to scrutinize ballots in Fulton County, Ga., asserting she would find ‘dishonesty’ there. He also told her that she had ‘the most important job in the country right now.’

A story about the recording can be found here. The headline and text of this story have been corrected to remove quotes misattributed to Trump.”

But not only were these quotes completely made-up – supposedly five other “mainstream media” outlets even confirmed the Post’s story at the time, citing their own “anonymous sourcing.”

Of course, this just means that the same “source” for the Post shopped out the quotes to the other outlets – and that each one accepted them at face value instead of doing their due diligence to confirm the details or to find out if they were even true.

Just like the fake Steele dossier that was used as the basis for the fake Russia collusion investigation.

There once was a time when the media would not have come near such a phony story because they would’ve had the integrity to do their research first.

But those days are over.

That’s why more and more Americans are getting the truth and the facts from independent sources like Deep State Journal.